Home  »  Original Articles   »   The Chaudhary Judiciary: A History of compromise and Betrayal 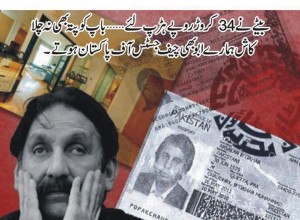 5 Years have passed since the Jamaatis, Lal Masjid Sympathizers, civil society, Leftists and other assorted opportunists marched to restore some compromised, Pro Taliban bureaucrats. It was known as the Liar’s movement. The note below is a collection of comments about how the failure of Pakistan’s Judicial system has lead to a situation where military courts are being proposed to bring the Taliban and their allies to Trial – as these criminals were all given a FREE reign by the current Judiciary.

Between a useless judiciary and a power-mad Saudi establishment proxy Nawaz Sharif, Civilian space has once again eroded in Pakistan to the point where the military is the only group that APPEARS to be serious in taking on the Taliban. The military can be accused of playing the Good Taliban vs the Bad Taliban. The Jinnah Institute (run by Civil Society and Media buddy system) report in 2011 formalised the Good vs Bad Taliban game. However, the Judiciary, PML N, PTI, Media can be accused of playing the “There is NO Bad Taliban- they are OUR misguided brothers” Game.

As military Courts appear more likely – the “anti-establishment” Nawaz Sharif has now shut up about his love affair with the Taliban and is currently appearing to tow General Raheel Sharif’s line, it is important to re-visit the Liar’s Movement where Nawaz Sharif got a new boost and renewed his friendship with the D G ISI General Kiyani by combining with them to undermine General Musharaf. Actually, the lawyer’s movement still ultimately did not bring down the military dictator General Musharaf. That is actually not factual.

The Steel Mills privatisation would have been better for the economy as addition by subtraction. Fact is the lawyer’s movement degenerated into the ego of an individual (Iftikhar Chaudhary) as there was no principle involved between one set of PCO judges who took the Oath twice and another who also took it twice or once. The party that lost the most workers – not the left or civil society – but the PPP were made the target of a judicial vengeance.

Leaders did not emerge from this movement but apologist lawyers from elite backgrounds who stood to gain financially for their back room deals. The worst scene was these same lawyer’s – were all of them even really lawyers or PML N funded Jamaatis – is a question for the ages.

The lawyers descended into hooligans beating up other lawyers and dissidents and garlanding murderers like Mumtaz Qadri. Ali Ahmad Kurd, the “leader” to emerge from this movement cuts a sorry and largely absent figure. Aitzaz Ahsan undermined his own party with his support and for 2 years in the following SCBA elections, he was indirectly standing with the retrogressive lobbies that opposed Asma Jehangir and other Non-Jamaatis. Post Lawyer’s movement.

Judicial reforms were not only ignored but actively Thwarted in the 18th and 19th amendments. That too is a fact.
The number of unresolved pending cases went up exponentially. Cases were chosen with the sole purpose of satisfying one corporate media entity and one political party.

Often cases degenerated into the expression of the personal prejudices and bigotry of Iftikhar Chaudhary and his fellow judges. While governments were dragged into the courts on the basis of news ticker rumours, boasting murderers like Malik Ishaq were offered tea and biscuits in the Supreme Court as one judge even stood up to wish him. This while he was boasting about his past murders and blatantly expressing his intent to commit more.

The “Missing Persons” case was given some token hearings but nearly a decade later, little if anything has been done to resolve it. The operation against Baloch Nationalists continues unabated even as we have entered 2015. If this same judiciary dismissed an elected PM, WHY did it do NOTHING against Generals Kiyani and Pasha on the missing persons and Balochistan. On the contrary, aside from some light Noora Kushti, it supported the Memogate petition.

The corruption and nepotism and the detailed information that came out with regards to Arsalan Iftikhar’s corruption were a new low. When the Supreme Court offices and judges residences, funded on tax payer monies,, are being used as business addresses by the Judge’s son, it is disgraceful. Not to mention the bank accounts and joy rides to London and Monte Carlo costing billions and right down to the petty theft of petrol expenses highlight the cheap standards of this judiciary.

Aside from some token gestures, this judiciary has done nothing. Yes, the proposed military courts are very problematic. There are Constitutional issues as well as a host of Pandora boxes on the abuse that could be result of these courts. No doubt about it. But would these proposals have EVER been possible if not for the extreme Failure of our judicial system.

When Nawaz Sharif can get a stay on all his cases in hours but hundreds of thousands of cases belonging to the less privileged drag on for decades! When sectarian bigots from ASWJ-LeJ and Lal Masjid are given free reign. When the Taliban themselves appreciate this Judiciary.

To say that this Judiciary is deeply politicised, extremely Right-wing, biased and compromised is to put it very mildly. Their utter failure – pretty much since the beginning- is the reason why we are in this mess. Lets not sugar coat and pretend that the opposition against the proposed military courts are coming from those like Ifitkhar Chaudhary who have a leg to stand on where principles are concerned