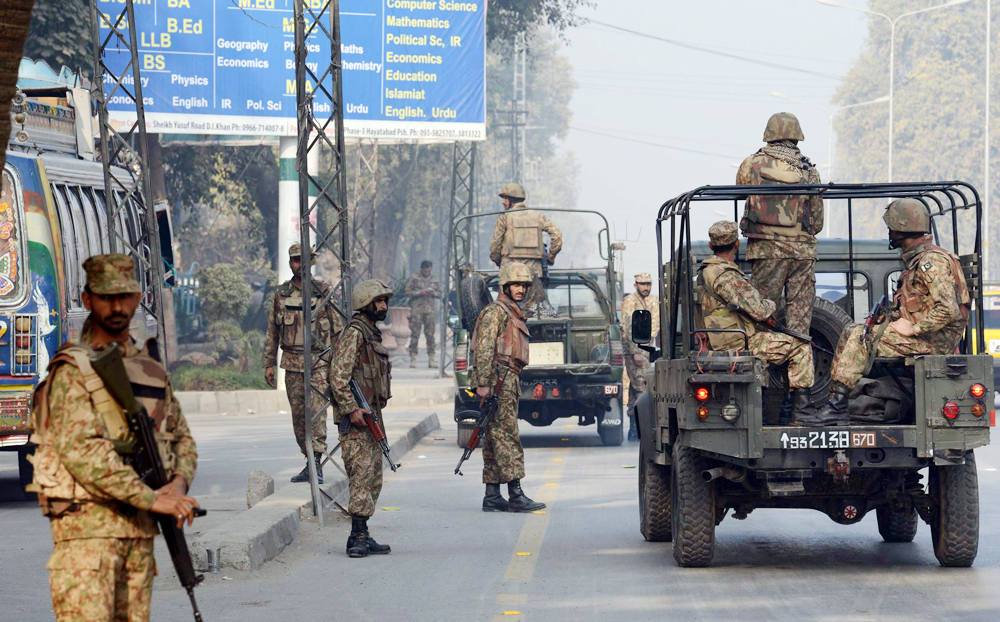 After the terrorists executed their barbarous action, the government mercifully woke up to develop a plan for its action. A committee of political wizards, including Sheikh Rashid who had been publically inciting violence, has been constituted to contemplate measures to curb terrorism in the country.

Heart-wrenching incidents like the one in Peshawar normally prompt such reaction from government quarters. Committees are constituted, thundering statements are issued, a wish list of punitive measures against the perpetrators is suggested and then all fizzles out without a measurable outcome. Depending on gravity of the incident, sometimes a flurry of ephemeral actions is also witnessed. However, root causes are barely touched. In the spirit of fairness, one may eschew criticising an unborn plan of action, yet the track record is undeniably dismal.

After a decade-long battle against terrorism, the country does not merely need a set of cosmetic actions to mollify enraged masses but it requires a fundamental shift in the thought, approach and policies on terrorism. A major policy retrofit is unavoidably needed to put the course on right track. The State ought to adopt an unambiguous position on all forms of terrorism without any classification of its degree, location and suitability.

Analysing and responding to Peshawar incident as an isolated act and perpetrators as just a rouge group of militants would be a blunder. An appalling naivety, insincerity or political bankruptcy of leadership was evident from a news report published on December 19 in a leading national daily. The news report of the prime minister’s meeting with the president carried a paragraph leaving every reader’s head spinning. It reads “A spokesperson for the president said Mamnoon Hussain had asked PM Sharif to involve non-political religious scholars to contact militants and convince them to give up their ‘un-Islamic’ and ‘inhuman’ agenda.” This conversation took place only two days after the gruesome and barbaric incident in Peshawar.

What is bewildering is that the head of the State still believes that militants should be communicated with and convinced to abandon their barbaric tactics! The statement was not much different from the one issued by the cleric of Lal Masjid Maulana Aziz. Misusing Friday sermon to discuss his personal matters he suggested to the military and political leadership to negotiate peace with the Taliban, ostensibly for a more worthy cause. He further suggested that a united force of Pak army and Taliban should be established to fight the infidels.

An even more glaring affection for good Taliban was expressed by Sartaj Aziz, Adviser to the Prime Minister on National Security and Foreign Affairs. In his interview to BBC exactly a month before the incident he was sloppy enough to say “Pakistan should not target militants who do not threaten the country’s security. Why should America’s enemies unnecessarily become our enemies? When the United States attacked Afghanistan, all those that were trained and armed were pushed towards us. Some of them were dangerous for us and some are not. Why must we make enemies out of them all?

The ill-advice of the president to the prime minister and the wisdom showered by the foreign minister were not merely their piteous personal utterances. These manifest the policy paradigm prevailing in the highest policy corridors of the country. It does not remain confined in the policy avenues but also trickles down sapping the administrative web that runs day-to-day affairs of the country.

This characteristic confusion was echoed on December 19 when Islamabad police registered an FIR against civil society activists who were holding a peaceful demonstration outside Laal Masjid demanding an unconditional condemnation of the perpetrators of the Peshawar incident from the mullah. The cleric of the mosque flatly refused to condemn the incident in a talk show that infuriated the whole country. The efficient Islamabad police that did not waste a minute to register FIR against peaceful civil society activists had been too indolent to act against law breaking clerics. The same police did not have courage to book the cleric when he openly instigated violence during Friday sermon. According to a news report, the custodian of law, Islamabad police were able to arrest only three of the 193 clerics booked for amplifier act violations during the whole year.

The present government’s lenient tilt to religious extremists is not much obscure. The incumbent chief minister Punjab while speaking at a seminar held in Lahore to commemorate the services of late Mufti Muhammad Hussain Naeemi in March 2010 beseeched Taliban to spare Punjab. In his cavalier choice of words he said that the Taliban and Pakistan Muslim League-Nawaz both opposed former military dictator Pervez Musharraf and, therefore, he is surprised that this common stance has failed to stop the Taliban from carrying out terror attacks in Punjab. He went on saying “Gen Musharraf planned a bloodbath of innocent Muslims at the behest of others only to prolong his rule, but we in the PML-N opposed his policies and rejected dictation from abroad and if the Taliban are also fighting for the same cause then they should not carry out acts of terror in Punjab.”

Not just that but the ruling party leadership also outlandishly used proscribed outfits to muster support during recent anti-government movement. A newspaper reported on August 23, 2014 that Deobandi  Ahle Sunnat Wal Jamaat (AWSJ), formerly banned as  Deobandi Sipah-i-Sahaba Pakistan, marched from Lal Masjid to Islamabad Press Club registering their support for the Nawaz government. The PML-N’s members were present on the stage and thanked AWSJ for supporting their government.

Confronting political opponents with the support of religious extremists amply indicate the bankruptcy of a supplicant ruling party. Legitimising religiosity to prop up political vested interests is a clear lack of political acumen and stewardship. Similarly, the PTI’s avoidance of condemning Taliban in unequivocal terms is another example of apologetic approach. It was five days after the Peshawar incident when the PTI’s core committee named the perpetrators and condemned them. If leading political parties adopt a policy of pandering terrorist outfits, the country will remain trapped in the quagmire of terrorism.

This approach encourages violent mobs to lynch putative blasphemers without any evidence. It lets clerics to freely abuse pulpits to incite hate and violence in society. The very approach glorifies heinous murderers and elevates their stature from a condemned criminal to an adorable hero and epitome of piety. On the other hand, it muzzles every voice of sanity that demands to demarcate the limits of lunacy. Thus demand for separating faith from the State business becomes an unpardonable sin likened to infidelity. Infusing society with this scale of bigotry breeds intolerance and lunacy of unfathomable proportions. A precipitous descent of the society into chaos and anarchy is a logical corollary of the course. Practicing this prescription for decades, Pakistan has become a nursery of pathological obscurantists.

While it is customary to blame foreign hand behind every act of terrorism, reciprocally we are also blamed for offering cozy sanctuaries to the elements involved in the acts of naked terrorism in other parts of the world. Some of them not only roam freely but also convene public rallies, persuade people and forces to take up arms for jihad, brazenly promote violence and exhort pogroms of sectarian and religious minorities.

They are at liberty to use every public space from mosques to media shows to spew verbal venom with complete impunity. They do not need licenses from poor PEMRA to operate radio or tv channels to air any uncensored content. They can publish literature full of distorted interpretations of religious scriptures. Patted by the powerful patrons, these clerics can conveniently demonize anyone with the charge of apostasy, issue decrees of capital punishment and even publically decapitate the accused yet stay unscathed.

They hardly tolerate existence of womenfolk on earth. From legislation to moon sighting, almost every State and public affair has been made subservient to the clergy. Some of these self-proclaimed guardians of religion were instrumental in instigating gruesome acts of arson against Christian, Hindu, Qadyani and Shia Pakistanis. They do not hesitate to burn them alive, mercilessly kill their innocent children, defile their sacred places and vandalise their deities. All this would not have been possible without tacit support or nonchalance of the highest power centers in the country.

Peshawar incident is nothing but the continuum of this insanity that has plagued the country for decades now. This is high time to decide if this Frankenstein is a strategic asset or an eternal enemy of this country and the humanity. Rather than exterminating the monster of extremism, exploring possibilities of an armistice, as suggested by the president to the prime minister, would be tantamount to paving way for more Peshawar-like macabre scenes.