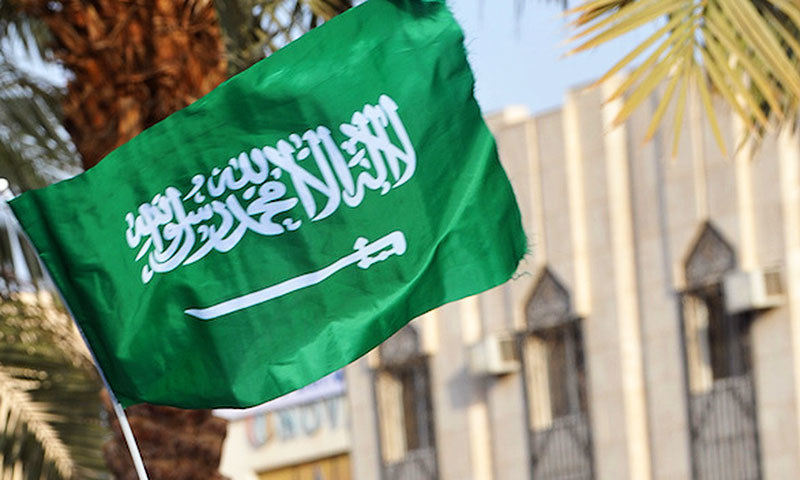 Many years ago, an uncle of mine, since deceased, was employed in the Baldia of Riyadh — capital of the land of the very pure, Saudi Arabia. During his annual trips back home, he had many stories to narrate of his experiences in that land. One of those stories remains etched in my mind even after a decade.

My uncle told me that while he was serving there, he befriended a Saudi colleague of his. This man had invited my uncle to his house a number of times, but my uncle had never gotten the chance to visit him.

One day, the Saudi friend did not report for duty. My uncle asked around for the reason and was told that his colleague’s mother had died the night before, which is why he had asked for a day’s leave.

Now, in our culture, the passing away of one’s mother is considered a tragedy which warrants condolence, preferably in person. So my uncle decided to go to his Saudi friend’s house and offer his condolence.

When he got there, there was nothing around the house to indicate that one of its occupants had passed away. When he rang the bell, a boy came out, asked for his name and then summoned his father (my uncle’s friend), who, on seeing his friend from the office, burst out welcoming him with shouts of “Ahlan va sahlan, marhba!”, and led him into the drawing room.

In the drawing room, much to my uncle’s surprise, the television was on and an Indian movie DVD was playing. There was no sign of the mourning atmosphere my uncle was expecting; he thought perhaps someone had played a joke on him.

After treating my uncle to a fabulous array of snacks, in the truest Arab custom, the friend asked him the reason for his impromptu visit. My uncle was at a loss of what to say. But he finally blurted out what was told the Saudi’s mother had died the night before and that he had come here to extend his sympathies.

The Saudi’s reply shocked him further:

“Yes. She died last night and I immediately phoned the Baldia people, but those fools were late in coming for the body this morning, which is why I was forced to take it off from work today. They must have buried her by now!”

I was reminded of this story because of a tragedy that befell my family quite recently.

My wife’s brother had been working for a foreign company in Al Khobar (Saudi Arabia) for several years. On Eidul Azha day this year, while he was offering maghrib prayers at his residence, he suffered a massive cardiac stroke, and collapsed on the prayer mat. His wife immediately called his colleague living in the same apartment block.

Together, after they tried and failed to revive him, his colleague summoned a Saudi doctor living nearby who was on their company’s pay roll and had not disappeared like other Saudis during the 10 days’ Eid holidays that are handed out to all during Eidul Azha.

The doctor came, examined the patient (who was still breathing), mumbled something in Arabic and went away. My brother-in-law’s colleague had, in the meanwhile, called the emergency number and asked them to send an ambulance. When they heard a siren, they thought the ambulance had arrived, but it turned out to be a police patrol car.

The doctor they called had tipped off the police, which had now parked a patrol car right in front of the apartment complex.

An hour passed and the ambulance did not arrive. The colleague decided to take my brother-in-law, who was still breathing shallow breaths, to the hospital in his own car. But the police would not allow him to do it and told him he’d have to wait for the ambulance.

One after the other, every call to the hospital only elicited the response that they had summoned the driver and the attending paramedic — both of whom seemed to be relaxing at their respective homes — and that the ambulance would arrive as soon as the two reported back for duty.

Back in Karachi, we were on tenterhooks. All our family members had gathered at the house of my mother-in-law, and all one heard was the sound of prayers and supplications; interrupted by wails of the mother, sisters, nieces, who all prayed for his recovery. Almost every single minute, we would ask if any progress was made.

After waiting for some more time, the colleague drove to the hospital, and demanded to know why the ambulance had not been sent. The dispatcher shrugged, saying the driver and the paramedic had not reported. My brother-in-law’s colleague stuffed a bunch of Riyals into his fist and with that, the dispatcher finally sprang into action.

He picked up the phone, chided the driver and paramedic, and ordered them to come in at the earliest. A few minutes later, both turned up looking cross. Their palms were also greased, and finally the ambulance was dispatched.

By that time, almost three hours had elapsed since my brother-in-law suffered the stroke. When he was being shifted into the ambulance, he was hardly breathing. Even though the paramedic gave him emergency treatment on the way to the hospital, my brother-in-law was pronounced dead on arrival.

We got the news in Karachi. The wailing became unbearable.

If only they had provided him medical aid immediately after the stroke, my brother-in-law could still have been alive today, to play with his only daughter, whom he loved and who adored her father so much that she would cry every time he would go to office. The little one does not understand what happened to her Papa and cries for him the whole day and night. Her old grandmother also cries for her son who was essentially “murdered” by the callous attitude of Saudi authorities.

But our ordeal did not end that day.

When a cousin of my brother-in-law who lived in Jeddah, arrived the next day to claim his body, the authorities told him the body could not be released until the death certificate was signed, and the death certificate could not be signed because the person authorised to sign it was away on vacation. Nobody else was authorised to sign it, and therefore the body would only be released after the certificate guy was done vacationing.

For 10 days, we awaited for the arrival of the body in Karachi. The wails of the mother of the deceased, his wife and child tore your heart, but we just sat there helplessly, unable to do any thing about it.

The body finally arrived in Karachi on October 16, and that’s when we could finally lay him to rest.