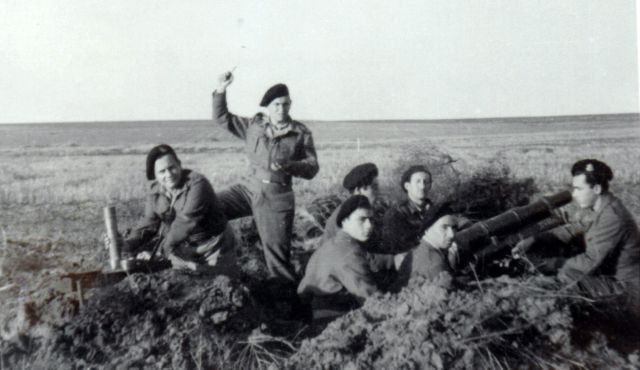 In an irony of history, the new state of Israel, a year after its founding in 1948, was “inspired” by Pakistan in enacting laws to seize the property of defeated Arabs.

Mark Twain’s quip, “Buy land, they’re not making it anymore,” could have served as the Zionist motto. Starting with the arrival in Palestine of Jews from Europe in the late 19th century and accelerating in the 20th century, the drive was to acquire land: to make Jewish settlement possible, to transform Jewish existence from the ghettoes and cities into working the fields, and to fulfill the biblical promise of return to the Land of Israel.

Money was donated by Jews throughout the world and land was bought from Arab landowners on the principle of willing seller, willing buyer.

Yet with all the effort, by 1948 only 5.7 percent of the land of then Palestine had been purchased. The War of Independence that year opened the way to far-reaching changes: the land allocated by the United Nations partition plan to Jews was extended by 38 percent as local Arab militia and invading Arab armies were defeated and driven back.

The government seized the lands of Arabs who had left their homes, whether they fled outside the borders or remained inside. The new state ended up owning some 93 percent of the land, with the rest remaining as private property belonging to Arabs, Jews, Christian churches and the Muslim Waqf.

Israel the conqueror did not behave uniquely: in seizing properties, policies were evolved from what had been done elsewhere in the world. Regulations to eliminate all rights of former owners derived from Britain’s Trading with the Enemy Act of 1939 which dealt with Nazi Germany, and by the actions of other countries where mass exchanges of population had taken place.

In the government debates to decide what to do with the Arab “abandoned property,” the prime minister’s special adviser on land and border demarcation, Zalman Lifshitz, argued for the permanent use of refugee property for the political and economic benefit of the new state. He said that countries in similar situations, such as Turkey, Greece, Bulgaria and Czechoslovakia, had taken on vast powers to liquidate refugee property for state use and he urged the Israeli government “to proceed in a similar manner” as “there is no shortage of precedents.”

He focused on Pakistan, the Muslim state which had come into violent existence in 1947 in the partition of colonial India. There too, as in Palestine, Britain had ended its rule. There too, as in Palestine, the coming of independence set off inter-communal strife which led to the flight of large numbers of refugees hostile to the new state, and the entry of large numbers of supporters. The difference was in the figures: the India-Pakistan conflict gave rise to 13 million refugees compared with Israel’s 750,000.

It cannot be said if Lifshitz was aware of the irony of the new Jewish state using the legal techniques of a new Muslim state to deprive its own mainly Muslim refugees of their properties. Whichever, he proposed “a new law, similar to the… Pakistani regulations and based on the principles they contain.” Pakistani lawmakers, he noted, had drawn on Britain’s Trading with the Enemy Act, but had also introduced new elements to assist expropriation and transfer of ownership: they had created a mechanism for seizing Hindu and Sikh refugee property in Pakistan and its reallocation for the settlement of Muslim refugees from India.

Lifshitz presented his report on 30 March 1949 and the Knesset, parliament, duly enacted laws later that year. The legal machinery to appropriate Palestinian refugee land, he noted, was “based squarely” on the Pakistani legislation of 1948.

But unlike Pakistan and others, a state (for Palestinians) did not come into existence at the time. So Palestinian refugees did not have the benefit of state sponsorship and they landed up in limbo in surrounding Arab states and inside Israel. Ever since, Palestinians, and the world, have paid dearly for that omission.

Having seized Arab properties, Israel recognized the need, for both legal and moral reasons, to pay compensation: it was the way to draw a line under its actions. Many Arab owners also recognized this, and refused to apply for compensation.

The UN Conciliation Commission for Palestine, set up in 1949 charged with the mission of its title, had no success before fading away in 1966. But it did issue a “Valuation of Abandoned Arab Land in Israel” which assessed the value of seized Arab land at US$281,074,511, with a further US$54 million for movable goods. Arabs said the value was too low and Israel dismissed it as “academic,” noting the land had been obtained through war and not as a business transfer.