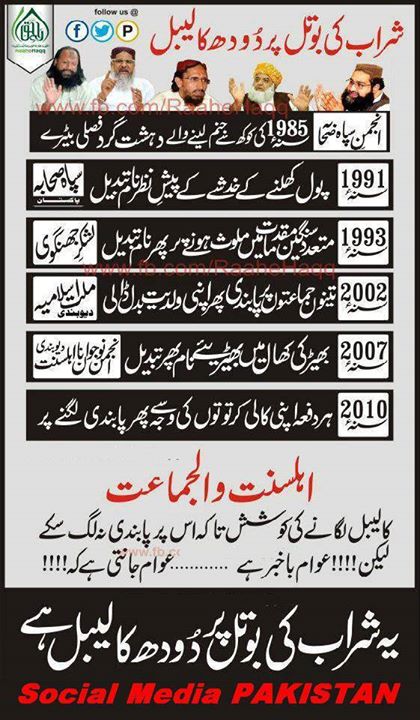 For the next general elections (2015-16), PMLN is planning to have a public electoral alliance with Deobandi terrorist outfit SSP-LeJ to implement the Saudi agenda of converting Pakistan into another Syria and Iraq, by handing the country over to SSP-LeJ, the local ISIS.

We, the Sunni, Shia, Christian and other communities of Pakistan, reject PMLN-ASWJ-LeJ’s evil plans against our country. 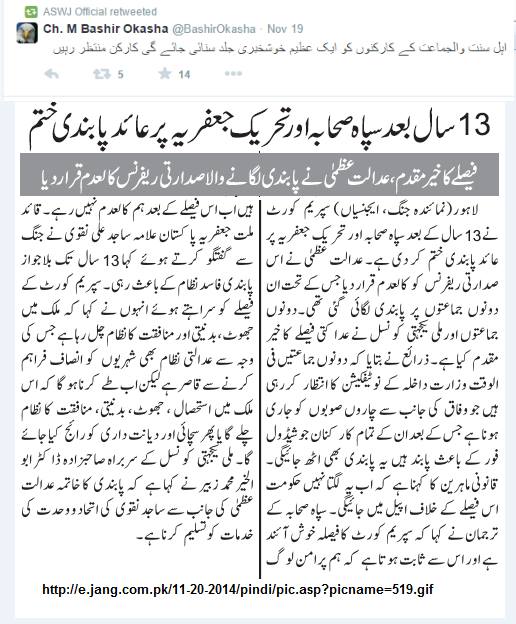