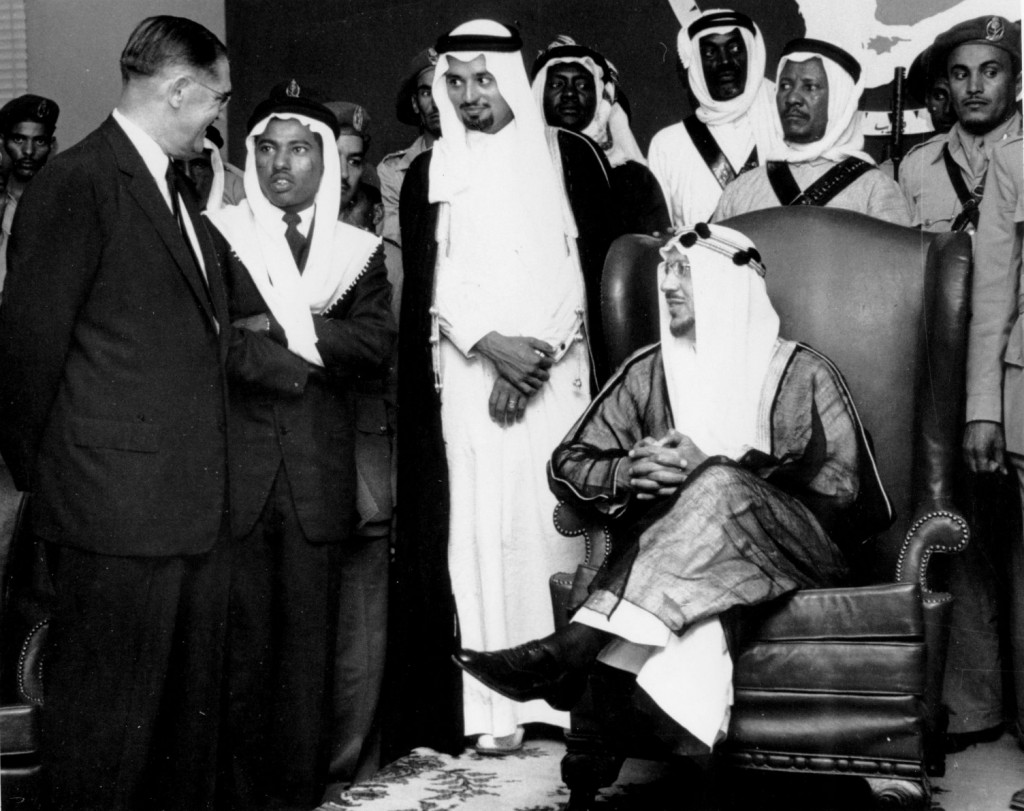 Last Wednesday, a criminal court in Saudi Arabia sentenced Shia cleric Sheikh Nimr al-Nimr, one of the kingdom’s most visible political dissidents, to death. Saudi authorities have justified the verdict in terms of national security. Convicted on vague charges of sedition, Al-Nimr was tried in a court established to judge cases of terrorism.

As is often the case in Saudi Arabia, what passes for the rule of law and national security is more often the theater of the absurd. The execution verdict, which could be commuted to a lengthy prison sentence, is the product of a system based on political exclusion, a system that sacrifices human beings to maintain centralized authority and elite privilege.

Al-Nimr was arrested and subsequently sentenced not because he is a danger to Saudi society, but because he has long been a critic of oppression, has agitated against sectarian discrimination, and led protests demanding reforms to an unjust political order. Al-Nimr has been a prominent figure in supporting what has been a largely unseen, but nevertheless persistent protest movement in the predominantly Shiite communities of eastern Saudi Arabia.

Since 2011, shortly after citizens mobilized against the al-Khalifa in neighboring Bahrain, Saudi Shiites also took to the streets. In response, the authorities have cracked down brutally, criminalizing a broad range of activism, aggressively policing Shiite communities, and chasing down, arresting, or killing scores of activists.

Al-Nimr only poses a threat to the regime itself. The state’s repression, cloaked in the language of security and sedition, is a weak effort to mystify this fundamental fact. Given the stakes of expressing anger at the regime, particularly for the Shiite community, it is noteworthy that street protests have continued daily since the sentence against al-Nimr.

Of course, even casual observers of Saudi Arabian politics are likely unsurprised by the decision to execute a prominent Shia cleric. After all, the kingdom is widely believed to be a center of religious extremism and sectarian ferment. And it is certainly true that anti-Shiism has a history in Saudi Arabia.

Shiites, who make up as much as 15 percent of the Saudi population, have been targeted historically by both religious zealots and a central government tantamount to an imperial regime. The community has faced systematic discrimination and exclusion since the imperial expansion of the Al-Saud from central Arabia in the early twentieth century.

But sectarian pathologies, even in Saudi Arabia, have particular histories. And they are hardly as widespread as we might assume. It is certainly the case that discriminatory sentiment has become more entrenched in the last generation, but the worst varieties of anti-Shiism, especially those advocating violence and supportive of the regionalization of a Sunni-Shiite war, are a small, but powerful minority.

Anti-Shiism today is not so much the product of a retrograde or orthodox interpretation of Islam — widely labeled Wahhabism — as it is the convergence of several political forces, the most important of which is a vulnerable state.

Confronted by a number of internal and external threats — the Iranian pursuit of influence in the Gulf; the rise of Shiite power in post-invasion Iraq; the uprising in Bahrain, Saudi Arabia’s satellite state; and most importantly, the rise of a range of domestic challenges to Saudi authority since 2003, including criticism of deep state corruption and the absence of political rights — leaders in Riyadh have responded by fomenting discriminatory anti-Shiism. Rather than broadening participation or overturning inequalities, the regime’s impulse has been to pursue the politics of sectarian escalation.

Seen this way, the verdict against al-Nimr is not so much about national security or a reflection of deeply conservative, anti-Shiite sentiment as it is an indication of the regime’s vulnerability.

It is tempting to say that in threatening to execute al-Nimr the state seeks to dissuade other Shiite dissidents from challenging its authority. This is certainly true. But the regime is also throwing red meat to the worst reactionaries in its midst, engaging in the politics and practice of distraction, and, providing political legitimacy for the strident and virulent forms of sectarianism that have settled in across the region.  The obvious effect is that anti-Shiism, both at home and abroad, has and will continue to gain greater currency, as it seemingly has with the rise of the Islamic State in Iraq and Syria (ISIS). More subtly, the Saudi gambit is also based on a clear understanding that other potential forms of dissent — against charges of corruption or frustration at what is a heavy-handed security state — can be deflected or set aside by stoking anti-Shiism and by sacrificing Shiite bodies.

The sectarianization of Saudi politics is also political-economic and bound up in the kingdom’s “special relationship” with the United States. Since the uprising in Bahrain in 2011, United States has continued to support the autocratic Arab regimes in the Gulf rather than democracy or human rights. Justifications include priorities around “security,” the need to contain Iran, and ensuring that oil flows from the Gulf to global markets.

With these priorities in mind, it is unlikely that American officials will do much to challenge Riyadh on either al-Nimr’s verdict or try to alter its sectarian behavior more generally. Critics have called on the United States to rethink its strategic ties to Riyadh. But doing so would require confronting not only the contradictions in American policy, especially given that it is close to a Saudi state that supported the rise of ISIS, even if indirectly, even while it now claims to be committed to the Islamic State’s destruction.

In any case, the United States’ unwillingness to confront Saudi Arabia’s role in ISIS’s rise, aside from comments from Secretary of State John Kerry that seemed to acknowledge this, enables the kingdom’s contradictory behavior. Whatever the limits of American power, the plain reality is that Washington has never meaningfully pressed the Saudis on their complicity in the spread of post-2003 sectarianism or anti-Shiite terrorism.

Beyond these contradictions, it is important to keep in sight the role that the United States government and that American capital have played in the rise of autocracy and discriminatory politics in Saudi Arabia in the first place.

Al-Nimr comes from a small village called Awamiyya in Saudi Arabia’s Eastern Province, a place where American influence runs deep. It is in the east where almost all of the kingdom’s Shiite community lives, and where almost all of its oil sits. For a regime worried about internal threats, Shiite challenges to power are meaningful not only for their content, but also because of their location. The US government and American capital know this all very well.

Although American political and corporate interests surrendered direct control of Saudi Arabia’s oil resources in the early 1980s, they were present in the eastern province, in and around Shiite communities, from the late 1930s through much of the twentieth century.

Fearful of politically mobilized Saudi labor in the mid twentieth century, the Arabian American Oil Company (which was known to employ CIA officials) coordinated closely with Saudi leaders from the 1940s until the 1970s in building a centralized, discriminatory political order that was anti-democratic, anti-labor, and that sought to create disciplined and docile bodies in a place where the al-Saud lacked much in the way of political legitimacy. The very political order that Saudi authorities seek to shore up by way of show trials and capital punishment is the legacy of this twentieth century cooperation.

American policymakers no longer think in terms of the interests of an American oil company that controls Saudi oil. But its practical and political economic interests have changed very little. Since the late 1970s, in fact, these connections have proliferated, most importantly through weapons sales and the entanglement of the American military-industrial complex with Saudi oil wealth. There is no greater engine for the recycling of Saudi and Gulf Arab petrodollars than massive and expensive weapons systems. These sales are largely justified in the language of security and by invoking regional threats like Saddam Hussein and whatever regime sits in Tehran. The reality, though, is that they are hugely profitable.

While it has sometimes bristled at American policy over the last decade, Riyadh remains committed to its relationship with Washington. The opposite is also true. American policymakers continue to see Saudi Arabia as indispensable not because it has shown itself willing to change or develop a more inclusive and tolerant political order, but because it does not.

To push for democracy in Saudi Arabia, or even simply a more critical approach to the ways that Riyadh’s domestic political maneuvering courts regional catastrophe, would be to open up the possibility of a government that wouldn’t subordinate the interests of its citizens to American energy needs. That’s a risk the US government and capital aren’t willing to take.