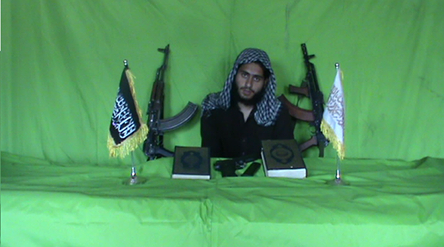 PESHAWAR: The outlawed Tehreek-i-Taliban Pakistan Jamaatul Ahrar has released details of a man they claim carried out a deadly suicide bombing at the main Pakistan-India border crossing last week.

A spokesman for the militant group, Ehsanullah Ehsan, told Dawn.com on Thursday that 25-year-old Hanifullah alias Hamza carried out the attack that killed 60 people returning from the ‘flag-lowering’ ceremony at the Wagah border gate, a display of military pageantry which attracts thousands of spectators and tourists every day.

The militants also released a photo of the alleged bomber.

Ehsan further claimed that the banned outfit will also release a video of the attack, which they claimed to have carried out in retaliation to a military operation against Taliban militants and tribesmen in the remote Fata region bordering Afghanistan.

The devastating attack at the entrance of the Wagah border parade venue killed 60 people, including 10 women and seven children, and left more than 110 injured.

The young suicide bomber blew himself up at the entrance of the parade complex soon after the completion of the flag-lowering ceremony last Sunday. Three officers of the Punjab Rangers and seven members of a family were among the dead, in the explosion which was so loud that the bang was heard some 10 kilometres from the border.

Officials and witnesses said the damage could have been greater if the attacker had managed to penetrate into the main ceremony area.

The ceremony draws large crowds daily, but the numbers soar on weekends where, according to estimates by Rangers, up to 8,000 people are present to witness the flag-lowering.

The choice of the target raised fresh fears about attempts to create greater friction between Pakistan and India.

Tensions between the two neighbours have increased in recent weeks amid a series of cross-border firing incidents. Islamabad has accused the Narendra Modi government of indulging in military adventurism, whereas New Delhi has maintained that it was Pakistan which was responsible for the escalation.