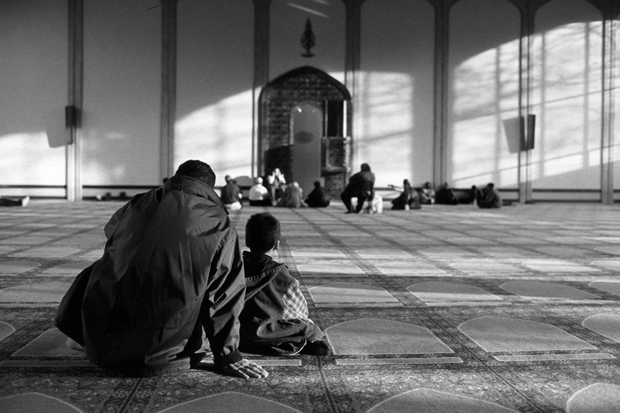 Birmingham has changed a bit since I grew up there in the 1970s. Back then, the stories of the hour were the usual industrial unrest at Longbridge, the IRA bombs in the Tavern in the Town and the Mulberry Bush, and the ongoing success of local lads Slade, Wizzard and ELO. Today, though, it’s mainly stuff like Operation Trojan Horse, and I barely recognise the place or the culture at all.

So when, driving back from the Conservative party conference the other week, I found the radio button that normally takes me to Radio 4 mysteriously tuning instead to a local Islamic station, I thought I’d do a bit of homework and listen to the sermon it was playing. I’d never heard an Islamic sermon before. Nor probably have you. But if you want to understand what’s been happening in inner-city Britain these last few decades, I recommend you do. It will give you an insight as to why there’s a parallel culture developing which has little or no interest in integrating with the one most of the rest of us inhabit.

You know how, in C of E sermons, the vicar is at pains to make his sermons as locally relevant and as secular as possible? Well, Islamic sermons are the exact opposite of that. Though this one had been recorded in a Cape Town mosque it could have come from anywhere in the ummah, from Islamabad to Jeddah to Luton. The preacher would illustrate his points by regularly breaking into fluent, chanted excerpts from the Koran or the Hadith, and he spoke with the absolute conviction of a man who is relaying directly the word of God to the ignorant masses.

His theme was ‘Din’: the correct way in which all good Muslims should live their lives. Whether you are rich or poor, the preacher told us, it is imperative that you should accept your lot because this is what Allah intended for you. There is no point grumbling that the rich are undeserving because, unlike Allah, you do not have the full information. The preacher explained that Allah chose them to be rich for a reason, which we lack the divine wisdom to understand.

As I listened to this uncompromising message, two thoughts struck me. The first was: ‘Is it any wonder that Islamic countries  perform so poorly in the economic league tables when their religious leaders seek to destroy the single quality most likely to encourage economic growth: aspiration?’

And the second was: how desperately pre-medieval it was. At the time, by coincidence, I’d been stuck into the 12th-century chapter of Ian Mortimer’s excellent new history book Centuries of Change, and been reading about Peter Abelard.

Abelard is best remembered today as the monk who was barbarously castrated as a punishment for having impregnated Heloise, the niece of one of his fellow canons at Notre Dame cathedral. But his most lasting influence was as the rock-star intellectual who kicked off the medieval renaissance by questioning the absolute authority of the church and effectively inventing secular inquiry and rationalism.

He did so in his book Sic et Non (Yes and No), in which, as Mortimer explains, Abelard examined 158 apparent contradictions in the writings of the Church Fathers, directly challenging the biblical dictum that ‘without faith, there is no understanding’. At the time this bordered on heresy, especially when he proposed that the counter to the proposition that ‘God can know everything’ is the possibility that God does not know everything. This suggested to those of an open mind that if God is not omnipotent, neither are the churchmen, kings and princes who claim to rule with His absolute authority. It was thus the first step on the road to the Enlightenment. As Abelard put it: ‘Doubt leads to inquiry and inquiry leads to truth.’

Much more had to happen before we would get where we are today. Another major development was the widespread availability of vernacular Bibles by the 16th century which meant that, for the first time, an increasingly literate population had access to the word of God without the intervention of a priest. Compare and contrast with the teachings of the Koran which, even in the 21st century, are still largely mediated by specialist, Arabic-speaking imams, the majority of them these days schooled in the purist Deobandi and Wahhabi traditions. If this is the version of Islam that most Muslims are taught is the correct one, is it any wonder they choose not to integrate with kuffar whose ways are haram?

I know I’m not the first person to point out that the problem with Islam is that it’s a seventh-century religion which still carries on as though the subsequent 1,400 years of intellectual development never happened. But though we’re most of us aware of the theory, we clearly haven’t given much thought to the practical implications because if we did, we wouldn’t be so shocked and surprised by the existence of schemes like Operation Trojan Horse and the parallel sharia courts springing up all over Britain.

Of course it seems quite wrong to us, schooled as we are in the values of western liberalism and in concepts like equality before the law. But suppose you believe  with the adamantine conviction imparted by your friendly local Islamist cleric that Wahhabist/Deobandi Islam is the one true way and that all others are vile heresies, well you’d be doing exactly what our Muslim communities are doing now, would you not?