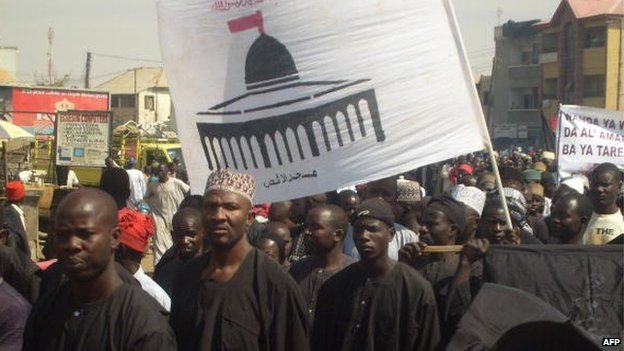 Editor’s Note : Today’s tragedy in Nigeria where Shia mourners were attacked – yet again – by Salafist terrorist groups – most probably Boko Haram is an apt reminder of the failure in specifically identifying terrorist groups. As long as we are using generic, sweeping and vague terms like “Sunni” “Islamist” instead of Wahhabi Salafi and Deobandi identity of terrorists, this is bound to happen and will keep on increasing.

Unfortunately, those muslims who pose as “liberal” champions in the West – like Tarek Fatah are the ones who abet such acts by consistently obscuring the specific ideology of extremist terrorists. It is propagandists like him who lump Shia, Sunni Barelvi/Sufi victims of Salafi-Deobandi terrorism in the same category as the Deobandi and Salafi perpetrators.

These are the intellectually dishonest mouthpieces who issue the odd token article on the attacks facing Shias but spend more time creating further hatred against Shias by actively promoting media materials that places Shias under greater threat.

A suicide bomber has killed 15 worshippers at a Shia religious ceremony in north-eastern Nigeria’s Potiskum town, a Shia leader has said.

Security forces killed another five people after arriving at the scene and opening fire, he said.

The military has not commented on the allegation.

No group has said it carried out the attack, but suspicion is bound to fall on militant Sunni Islamist group Boko Haram.

It denounces Shias, a minority in Nigeria, as non-Muslims.

The bomber detonated himself after joining worshippers who were marching to mark Ashura, a solemn day when Shias mourn the martyrdom of Hussein, a grandson of the Prophet Muhammad, in 680 AD at Karbala in modern-day Iraq, witnesses told the BBC Hausa service.

A police officer at the scene who requested anonymity told the AFP news agency: “It was a huge crowd and many of them were affected.”

Although witnesses reported that 20 people had died in the blast, a Shia representative said the explosion had killed 15 of them and the other five had been shot dead by the security forces, BBC Nigeria correspondent Will Ross reports from the main city, Lagos.

About 50 people are said to have been wounded in the blast.

One man, Mohammed Gana, told Reuters news agency that his brother had been killed in the attack. 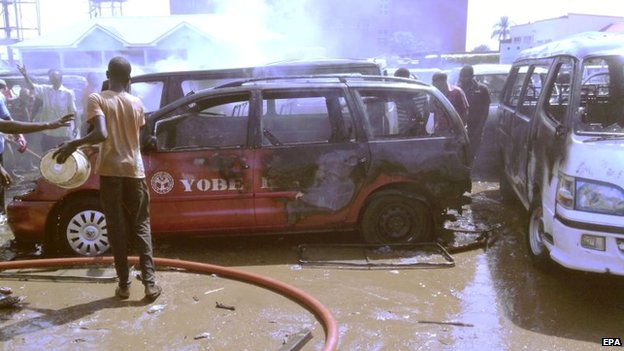 Boko Haram has carried out a spate of bombings in Nigeria

He counted 23 bodies at the scene, he said.

“I heard a very heavy explosion as if it happened in my room,” he said.

This is not the first time that Shia officials in Nigeria have accused the military of killing their members, our correspondent says.

In July, they accused soldiers in the northern town of Zaria of opening fire on a demonstration, killing three sons of Shia leader Sheikh Ibraheem Zakzaky. 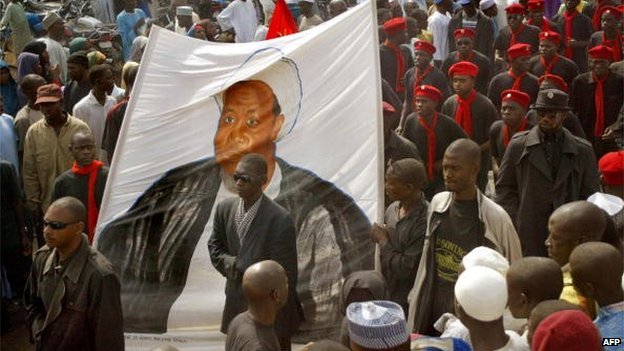 Sheikh Ibraheem Zakzaky is influential in Shia circles in Nigeria

He advocates the creation of a Shia-oriented Islamic state in Nigeria, and his supporters have been involved in many clashes with the security forces over the decades.

Boko Haram has waged an insurgency in Nigeria since 2009, with some 2,000 civilians killed this year alone, rights activists say.

It has repeatedly targeted Christians and rival Muslim groups.

In July, it was blamed for bombing an open-air mosque in Potiskum, killing four people.

Potiskum is in Yobe, one of three states where Nigeria’s President Goodluck Jonathan imposed a state of emergency in May 2013 after vowing to crush the insurgency.

Boko Haram has intensified attacks since then and sparked global outrage in April by abducting more than 219 schoolgirls.

All the girls had converted to Islam, and had been married off, he said.