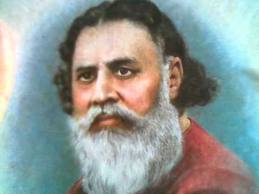 “These Taziaz and processions are just frivolous things and nor are these part of our deen. Muslims should not pay attention to petty issues like these. But, alas! These petty issues are becoming major problems and have now led us even to bloodshed.”

Excerpted from Hyat-e-Ameer-e-Shariat by Janbaz Mirza. Published, January 1970, by Maktaba Tabsarah, Lahore. This speech was delivered on 27 August 1957 in a small town Kanda Sargana near Multan.