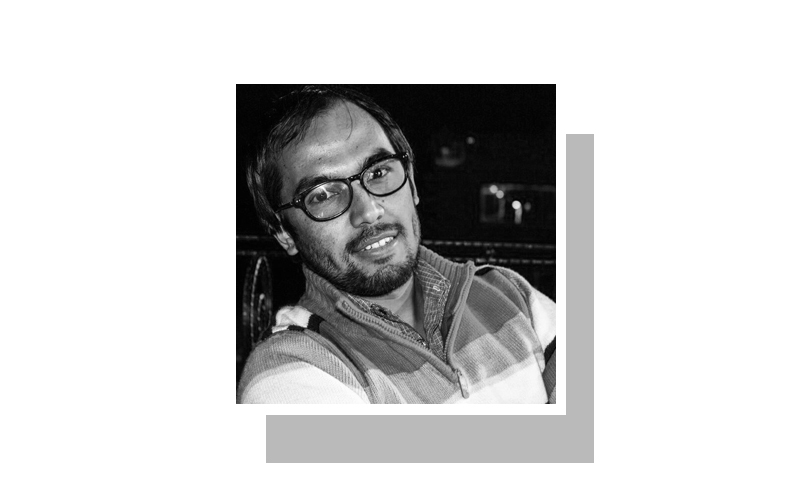 “BALOCHISTAN is barren, it produces nothing”, said my non-Baloch university mates in a friendly discussion we had some years ago in Lahore. “Punjab feeds Pakistan its wheat, NWFP [now Khyber Pakhtun­khwa] energises Pakistan with electricity, Sindh fills our pockets with proceeds from its ports, Kashmir and the Northern Areas [now Gilgit-Baltistan] quench our thirst with their rivers; Balochistan gives us nothing, absolutely nothing.” Outnumbered by my eloquent friends, I said nothing about the natural gas siphoned out from my barren province.

However, now I want to go back to my friends and fight.

For Balochistan’s ‘infertility’ has ended. The province’s dry lands, from Quetta to Khuzdar, and from Kalat to Panjgur, have all begun to produce. They produce human beings overnight. You may well argue about their health, as they don’t breathe. Their nails are pulled out, their limbs slashed, their bodies exhibit burn marks, and in some cases, their eyes are drilled. The infertility is over and dead bodies continue to appear on the earth’s surface every other day. It’s almost magic.

Recorded history suggests that political campaigning has never been an easy task. Look at Hussain who rose up against the Umayyads, or Che Guevara who challenged the Cuban government or Martin Luther King who fought racial discrimination in the US. Why go so far? Even young children and women campaigning for universally acknowledged rights, such as Malala for education and lady health workers combating polio, have had to pay a price.

All Deliberately Avoid any mention of Lashkar e Jhangvi.

Many states and societies resort to violent means to defend the status quo against campaigners who want to break the status quo. Hence, the tortured bodies which regularly appear across the Baloch belt in Balochistan are of people involved in a range of activities, from militancy to ‘Free Balochistan’ wall chalking, from anti-state blogging to disseminating secessionist literature, from delivering public speeches intolerable to the state to even accompanying friends or relatives who do so. That is the high cost they pay for campaigning against the state.

In the same Balochistan, however, there are ‘political’ groups who want the Constitution amended to declare Shias non-Muslims. Their militant wing, Lashkar-i-Jhangvi (LJ), headed by Malik Ishaq who lives a normal life in Punjab, can kill 1,500 members of an ethno-sectarian minority, the Shia Hazaras, and have their ‘success story’ published in Pakistan’s major dailies without Pakistan’s media monitoring bodies noticing it. Their notorious target killers, Saifullah Kurd and Dawood Badini, can ‘disappear’ from within the high-security anti-terrorist jail within the ever-vigilant Quetta Cantonment.

Hazaras have often been targeted while travelling between their two neighbourhoods — actually two open-air prisons — Alamdar Road and Hazara Town, situated at either end of the small Quetta valley. Eyewitnesses have seen motorcyclists spray Hazara passengers with bullets, stand over their dead bodies, audaciously raising slogans and vowing to cleanse Pakistan of its Shias.

‘Notice’ taken by chief ministers, suo motu actions (which are anything but ‘action’) by chief justices, and condemnations by ever-condemning politicians, all deliberately and carefully avoid any mention of the notorious LJ. Only bureau chiefs take the name, because the group orders them to publish their statements claiming responsibility and pledging more attacks.

The ‘political’ group holds a massive jalsa in the heart of Quetta city, in the hockey ground on Zarghoon Road, minutes away from the governor and chief minister houses. Chowks across the city display colourful flags of Ahle Sunnat Wal Jamaat. As though this is another regular jalsa, the city walls are plastered with ‘Chalo chalo hockey ground chalo’ slogans and welcoming posters that local leaders Ramzan Mengal and Haji Rafiq want their president, Maulana Ludhianvi, to see and admire on his way to the venue. Then, when the jalsa is at its peak, they even go musical, singing ‘Jhangvi’ poems and celebrating the ‘double century’ they scored last year when 115 Hazara Shia were murdered on Jan 10, 2013 in twin blasts on Alamdar Road and another 116 were butchered on Feb 16, 2013 in Hazara Town.

After eight Hazara vegetable hawkers were shot dead by LJ last week, Dawn published an article by Mohammed Hanif which quotes the unofficial remarks of one of Quetta’s senior-most police officers. In this patriarchal society of ours where the traits of being weak and vulnerable are seen as feminine and hence worthy of ridicule, the officer is quoted as saying, “Hazaras, you know, are our ladla babies”. I can imagine the sarcastic smile on his face while attempting to act serious in front of a senior journalist.