Rana Iftikhar Chaudhary PCO calling Imran Khan a “Musharraf sellout” really takes the cake. This is the same cheat of an incompetent judge who begged General Musharaf for the job of CJP.  This is the same dishonest bureaucrat that twice gave oaths to a military dictator and facilitated the dictatorship for 8 years before stabbing Musharaf in the back on the signal of ISI chief, General Kiyani.

Atleast Imran Khan had the decency to publicly apologise for his brief dalliance with General Musharraf – a dalliance that ended in 2002.  PCO Chaudhary continued to support General Musharraf until 2007. This corrupt CJP, whose bench use to copy paste their judgements from wikipedia needs to be tried for Treason for his role in abrogating the Constitution repeatedly.  Rana Iftikhar Chaudhary, the first cousin of the Butcher of Model Town, Rana Sanaullah, abused his powers as the former CJP of Pakistan. He left a disgraceful legacy of freeing Deobandi terrorists of ASWJ-LeJ and Jundullah. He enriched his family with his nepotism for his son and his blatant misuse of his office of Chief Justice – which literally served as the business address of  the nefarious activities of his son. 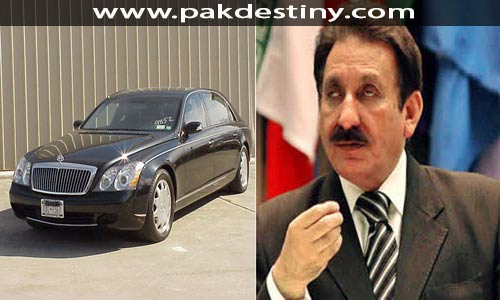 Even after finally retiring from the office of Chief Justice, Rana Iftikhar Chaudhary continues to abuse his privileges and demand bullet proof Mercedes. He has no need for security as the judiciary under him freed and facilitated Deobandi terrorists. Even the Taliban acknowledged and thanked him for his services

Supported by other PML N characters like Ramday, Rana Iftikhar made a mockery of Pakistan’s judiciary.  The Judiciary in Pakistan never really had much credibility.  Thugs like Rana Iftikhar Chaudhary reduced it even further. He misused the office of the Supreme Court Chief Justice and enforced his Un-Constitutional opinions with the threat of a Musharaf-inserted Ordinance – the Contempt of Court Ordinance which he used to settle his political scores.

Now this corrupt man who drives around in cars with no number plates – which is illegal – is preaching morality.  A man who was an utter failure in protecting the Constitution is passing judgement on others.

Pakistan’s current Supreme Court should take a Suo Moto on this statement by Rana Iftikhar Chaudhary.  He needs to be hauled before the Courts and made to answer for his treason against Pakistan. Shame on this corrupt bureaucrat and those corrupt lawyers and sellout pseudo Marxists who revere this disgraceful judge.