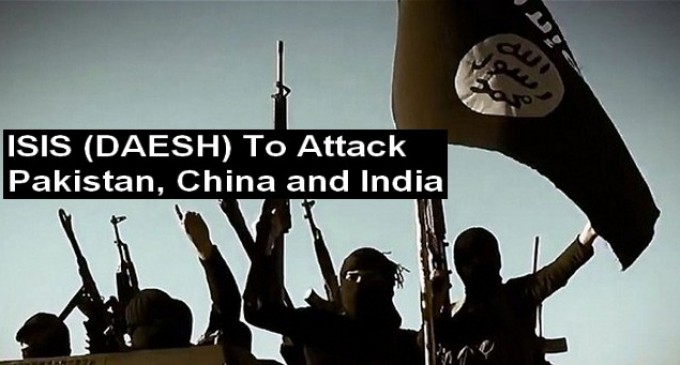 ISLAMABAD: The decision to pledge allegiance to the Islamic State (IS) led by Abu Bakar al Baghdadi, the self-proclaimed caliph, by six key TTP leaders is a major setback not only for the fugitive Ameer of Pakistani Taliban Mullah Fazlullah but also for the Ameer of the Afghan Taliban Mullah Mohammad Omar Deobandi and the al-Qaeda chief Dr Ayman Al Zawahiri.

The announcement is significant because the Pakistani Taliban as well as al-Qaeda owe allegiance to Mullah Mohammad Omar, who is also the Ameer of the Afghan Taliban and is described as the Ameerul Momineen or the leader of the believers. The development is also worrying from Islamabad’s point of view because it shows that the extremist ideology of the Islamic State (IS) is increasingly finding resonance in Pakistan, which already suffers heavily at the hands of the al-Qaeda-linked Taliban. While pledging allegiance to the Islamic State, Deobandi TTP spokesman Shahidullah Shahid has declared in a video message on October 14: “From today, I accept Abu Bakr Al Baghdadi as my Caliph and I will accept every directive of his and will fight for him whatsoever the situation.” He then made it clear that the announcement of allegiance had been issued by him in his personal capacity and it did not represent the views of Mullah Fazlullah.

Shahidullah further said in his video message: “The Quran makes it mandatory for the Muslims to follow their Caliph and I am requesting Abu Bakar Al Baghdadi to accept me as a follower. While Mullah Fazlullah supported Abu Bakar Al Baghdadi, he had not accepted him as his Caliph.” But Shahidullah is not the only Deobandi TTP leader to have pledged allegiance to Baghdadi. Five more TTP leaders who have pledged allegiance to the Islamic State along with him are Saeed Khan, the TTP chief in Orakzai Agency; Hafiz Quran Dolat, TTP chief in Kurram Agency; Gul Zaman, TTP chief in Khyber Agency, Mufti Hassan, TTP chief in Peshawar, and Khalid Mansoor, the TTP chief in Hangu.

The Islamic State, which controls swathes of land in Syria and Iraq, has been making inroads into South Asia in recent months amid reports of Pakistani and Afghan militants joining their efforts in the Middle East.

The TTP leaders’ announcement of allegiance to Baghdadi literally means a revolt not only against Mullah Fazlullah, Mullah Mohammad Omar but also against Dr Ayman Al Zawahiri. While Zawahiri had expelled Baghdadi from al-Qaeda for the massacre of civilians in Syria, the Afghan Taliban despise him for his ongoing attempts to replace Mullah Omar as the Ameerul Momineen or the leader of the believers. It was in June this year, on the first day of the month of Ramadan, that the Islamic State of Iraq and Syria formally declared the establishment of an Islamic state, demanding allegiance from the Muslims worldwide. The spokesman for the Islamic State of Iraq and Syria (ISIS), declared the group’s chief, Abu Bakar Al Baghdadi, as the leader of the new caliphate, or Islamic state, and called on the Muslims everywhere, not just those in areas under its control, to swear loyalty to him.

Therefore, expressing oath of allegiance to Mullah Omar’s arch rival by the TTP leaders is quite significant. Shahidullah Shahid Deobandi had earlier issued a statement on October 6 on behalf of TTP Ameer Mullah Fazlullah Deobandi , vowing to send fighters to help the Islamic State militants in Iraq and Syria. But he took a U-turn on his statement two days later and refuted having pledged allegiance to the IS on October 8, saying his previous statement was misinterpreted by the media. “Our expression of support to the Islamic State must not be misinterpreted as a pledge of allegiance. We are not supporting any specific group in Syria or Iraq; all the militants are noble and we consider them our brothers. The Pakistani Taliban continue to align itself with Mullah Mohammad Omar who is our Ameerul Momineen and we are following him,” Shahidullah told a foreign news agency by telephone while clarifying his earlier statement.

However, it is strange that the TTP spokesman has taken yet another U-turn and openly announced his allegiance to Baghdadi along with five others, apparently at the cost of Mullah Omar. Shahid’s announcement gives an impression that he has either made up his mind to quit the TTP or he already knows that his days in the TTP are numbered. Or there is another possibility that the rebel TTP leaders were not optimistic about the future of Fazlullah under whose commander the TTP has already split into four major groups. But the strange thing is that Fazlullah has not yet reacted to the announcement made by Shahid and five others. The TTP circles rule out the possibility of Fazlullah discarding Mullah Omar for the sake of Baghdadi, adding that he would be proceeding against the rebel TTP leaders shortly, as had been the case with Omar Khalid Khurasani who now heads a splinter group of TTP — the Jamaatul Ahraar. Khurasani was expelled from the TTP for pledging allegiance to the Islamic State.

The apparent revolt in the TTP ranks against Mullah Fazlullah, Mullah Omar and Zawahiri has come at a time when the lethal militant groups led by Abu Bakar Al Baghdadi and Zawahiri are in direct competition for fighters and funds. The Islamic State recently distributed pamphlets in Peshawar and other parts of the Khyber Pakhtunkhwa, asking the locals to join hands with it. Shortly afterwards, Zawahiri announced the establishment of an Indian franchise [on September 4, 2014] headed by a Pakistani commander Asim Umar to raise the flag of jehad across South Asia.

Since the beginning of this year, several splinter groups from al-Qaeda and its Taliban affiliates (ASWJ , LEJ ,SSP ), including those from Pakistan, have pledged their loyalty to the Islamic State, amid media reports that the IS fighters are being aided by hundreds of militants from Pakistan. Since the beginning of the uprising against Syrian President Bashar al-Assad, thousands of fighters from various Muslim countries, including Pakistan, have traveled to Syria to fight with the IS. Hundreds of more Jihadis belonging to the TTP and LeJ have reached Iraq to join hands with the fighters of the Islamic State which continues to draw a measure of support from younger Jihadi fighters in South Asia, especially Pakistan, as evident from the latest pledge of allegiance to Baghdadi by a group of influential TTP leaders.