Home  »  Newspaper Articles   »   IS in Iraq, TTP-ASWJ in AfPak: The same old Salafi Wahhabi and Deobandi movie – by Irfan Husain 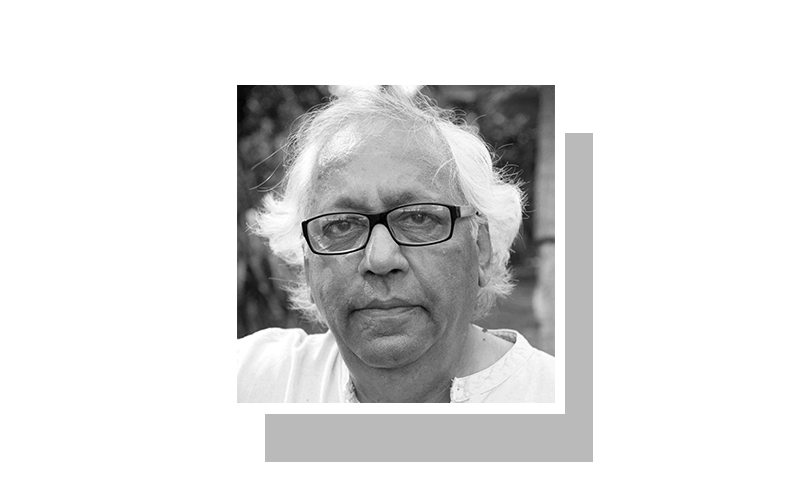 A COUPLE of days ago, I watched a 45-minute documentary about life under the Islamic State. Made recently, the film-makers had extraordinary access to fighters and civilians in Iraq and Syria.

Clearly, IS wanted to show the world the degree of control they exercise, and how glad ordinary people are to live under their rule. But obviously, nobody was going to complain, or criticise the holy warriors who had taken over their lives. There were images of those convicted of activities deemed un-Islamic crucified in public squares with passersby filming them on their mobile phones. Others awaited sentencing for lesser crimes like drinking or possessing drugs. The least they could expect was public flogging.

But wait a minute. Haven’t we seen this movie before? This was pretty much the same scene when the Taliban were ruling most of Afghanistan before 9/11. There were similar public executions for petty crimes; the same fixation on keeping women out of sight; and the same rejection of things that give people pleasure like sports and the arts.

Reason, science and education were anathema, too. Another thing these extremists have in common is a predilection for barbaric punishments: public beheadings, amputations and floggings brutalise a shell-shocked public.

The Link between the Saudis and Jihadi violence cannot be wished away.

But hang on: doesn’t Saudi Arabia do all this as well? Friday prayers in Riyadh and Jeddah are often followed by public decapitations. Over 50 people have literally lost their heads this year alone. And Saudi Arabia, remember, is the self-styled role model for the ummah, or the nation of Islam.

With their vast, unearned wealth, the Saudis have saturated most of the Muslim world with their Wahabi/Salafi version of a literalist Islam that makes no allowance for changing times or human frailty. It is this harsh strain that is fuelling much of the violence and turmoil that has shaken the Muslim world for the last quarter century, and tarnished the image of Islam.

Now, the chickens are coming home to roost. After Al Qaeda, the franchise has morphed into groups like Jabhat al-Nusra in Syria, the Islamic State, and Boko Haram in Nigeria. Closer to home, the Taliban and several other militant gangs compete over how many innocent people they can slaughter.

While states struggle to stamp out this menace, the poison flows un­­chec­ked from its Saudi source. Poorer Muslim countries like Pakistan are too beholden to Riyadh for aid and oil on deferred payment to object to the cash our Deobandi madressahs and hard-line clerics get from public and private Arab sources.

Many experts on the Middle East have repeatedly pointed out the nexus between the Saudis and the rise of jihadi violence. But the world has stood by silently because of Saudi oil, and its purchase of billions of dollars of arms from Western sources. This makes these weapons cheaper for the countries where they are manufactured, apart from generating vast profits made on spares and training.

The only thing distinguishing the Islamic State from the Deobandi Taliban is the level of violence: the former are even more savage than their Afghan and Pakistani brethren, if such a thing is possible. According to Kurds fleeing the onslaught on Kobane, IS fighters who seized surrounding villages killed old men and children, and raped hundreds of women and young girls. Many had their hearts cut out and placed on their chests.

Such acts of savagery justify the intervention of the US-led coalition, even though aerial attacks can only slow down the IS without eradicating it. Those fulminating against the return of Western forces to the Middle East should ask the victims of IS brutality how they feel about it.

Many in the West as well as the Muslim world make the point that the rise of the IS is a direct result of earlier Euro­pean and Amer­i­­can acti­ons. These range from dividing the Otto­man Empire into Fre­nch and British colonies to the support the West gives Israel in its harsh occupation of Palestine.

However, this does not in any way absolve the jihadists of their guilt for the mayhem they are causing across the Muslim world and beyond. How have their victims been responsible for Western policies and actions?

As the Middle East kaleidoscope rotates and the patterns change, the baneful effects of Saudi money and ideology remain constant. From financing Gen Sisi’s military government to helping the Bahrain government’s brutal suppression of its opponents, the Saudis are leading the counter-revolution, and have turned the Arab Spring into a bleak summer.

Obviously, the status quo suits the Saudi royal family. Thousands of princelings feed from a vast trough filled with petrodollars. Any change that threatens their control of the country’s people and resources must be blocked. And to serve as security backup is the United States, the world’s most powerful state.

So while the actors in the IS movie and its various prequels and sequels may be different, the financiers, directors and producers live in Saudi Arabia.