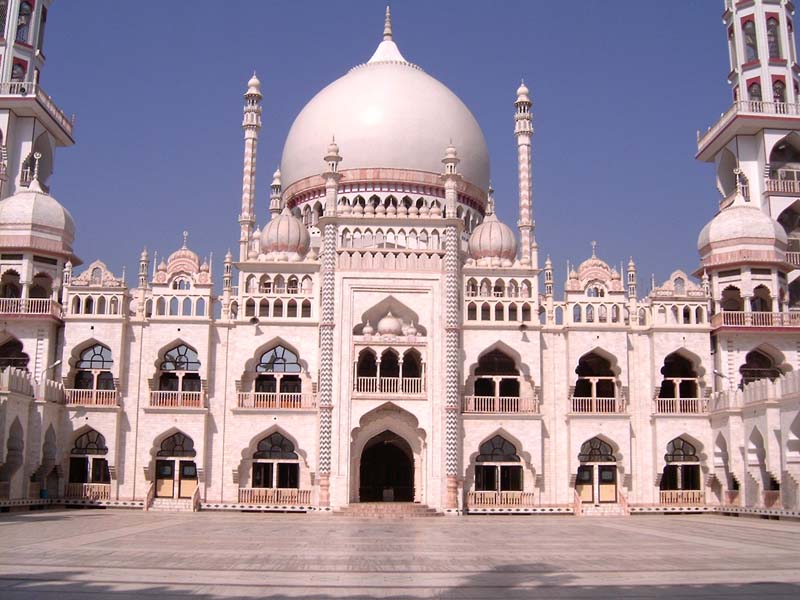 In the interest of Muslims, there is an urgent need to reform or shut down Darul Uloom Deoband, the internationally known Islamic seminary engendering obscurantism, sectarianism and religious orthodoxies harmful to Muslims. In a recent fatwa, it ruled that Shias, mainly Bohra Muslims, are non-Muslims, violating the egalitarian tenets of the Indian republic. Fatwas are Islamic legal opinions given in response to a query and, while not many Muslims follow them, they do influence the devout ones. The accepted view that no clergy exists in Islam is untrue, as a large number of clerics in Indian villages act as doorkeepers to Muslim minds.

In recent years, the Darul Uloom Deoband has delivered numerous fatwas which undermine women’s freedom. Notably, women cannot preach or deliver sermons; working women cannot mix with male colleagues; women must wear a burqa; triple talaq uttered through a cellphone is valid; women cannot serve as qazis, or judges; talking to one’s fiancé on phone is haram or forbidden; adolescent girls over 13 years cannot ride bicycles; it is undesirable for women to drive a car; women shouldn’t contest elections and must observe purdah; co-education is impermissible. Such fatwas include: Muslims shouldn’t work in banks; modelling and acting are offences; watching cartoons on television is unlawful for children; donating blood and organs is haram; photography is sinful; celebrating birthdays is disallowed; a person blaspheming Prophet Muhammad should be killed; body scan is impermissible; and life insurance is illegal.

Such fatwas emasculate Muslim minds. Noted academic S Irfan Habib urged Muslims to ignore them. Yasoob Abbasi of the All India Muslim Personal Law Board said these “irresponsible” fatwas bring a bad name to Islam; another Board member Q R Ilyasi reminded that co-education schools exist in Saudi Arabia and Iran. Maulana Syed Ashraf Kichhouchhvi of the All India Ulama and Mashaikh Board, a body of Sufis, dubbed the anti-birthday fatwa as sans spiritualism. Regarding body scan, Faizan Mustafa, vice chancellor of the National Law University in Hyderabad, said that whatever the state does for the common good is allowed in Islam. Arshad Alam of the Jamia Millia Islamia University described these fatwas as sectarian, contested by Ahl-e-Hadees, Barelvis and Shias. Waqarunnisan Ansari, a Mumbai corporator, questioned the clerics’ competence to issue fatwas, asking if they know the terrible conditions experienced by women. Reflecting at the bigger problem facing Muslims, social activist Javed Anand warned that all religious groups such as Tablighi Jamaat, Jamiat Ulema-e-Hind, Ahl-e-Hadith and Jamaat-e-Islami do not think “any differently” from the Darul Uloom Deoband.

Islamists argue that one should ignore these fatwas as the silent majority of Muslims disregards them. This argument itself is a problem: the silent majority cowers behind the four walls of home when a cleric rules over an entire village.Islamists accuse liberal Muslims of defaming Islam and argue that anti-women fatwas are just a few. But, these fatwas are a mirror to the ruling ideology that causes Muslim decay. At this point in civilisation as we have journeyed from the invention of the wheel and steam engine on way to landing at Mars, it is meaningless to debate what arguments the Darul Uloom Deoband offers for its fatwas. The concern is: it is creating misfits for the modern world; its graduates will go on teaching a distorted version of Islam.

After 1857 when Muslims lost power in Delhi, two responses emerged: one, Sir Syed Ahmed Khan advocated scientific education as the cure for Muslim decay and established a modernist college known as Aligarh Muslim University; second, Maulana Muhammad Qasim Nanautvi favoured Islamic revival as the medicine for Muslim development and founded the Darul Uloom Deoband. The seminary relies on contributions and trains 5,000 residential students, with 1,000 graduating every year with an 8-year Fazeelat degree. However, its syllabus covers only three disciplines: Islamic jurisprudence, a hadith or traditions of Prophet Muhammad, the Koran. It doesn’t even teach Islamic history, except for bits that figure in a hadith. It has recently introduced skills courses in English and computer science for post-Fazeelat students but these aren’t aimed at broadening students’ minds.

Delhi-based journalist Abid Anwar, who studied at the Darul Uloom Deoband, says the clerics who issue fatwas do not read newspapers or watch television and are unaware of societal realities. “The seminary must incorporate social sciences, mathematics, geography and natural science right from year one of the Fazeelat course if it wants to prepare its students to interact with the wider society,” Anwar says, citing the example of Bihar where madrassas introduced the subjects in the 1980s. However, reform initiatives were always rebuffed. In 2009, the Indian government tried, in line with the Sachar Committee recommendations, to introduce a madrassa reform legislation so that their degrees are valued at par with mainstream schools. But Abdul Khaliq Madrasi, pro-vice chancellor of Darul Uloom Deoband, accused the government of interference. In 2011, the seminary’s reformist vice chancellor Ghulam Muhammad Vastanvi was removed. A tiny number of clerics sabotaged madrassa reform, though most Muslims favour it. This is the crux: a few Islamic clerics have the ability to push an entire community into decadence; while more schools are needed, the real problem is the darkness emanating from Darul Uloom Deoband. Not to forget: Deoband-leaning seminaries are producing jihadists and suicide bombers in Pakistan.

In a vibrant democracy like India, there is always something a government can do for its citizens. It must set up an educational commission on Darul Uloom Deoband and other seminaries, inquiring into their role in causing Muslim backwardness. It must: examine if their syllabus meets the educational needs of Muslims or they are producing second-class citizens in violation of the Constitution; probe their sources of funding and if they are influenced by foreign elements like Saudi Wahhabis; work to set up a council of fatwas representing clerics from all Islamic sects and ensure 50 per cent of them are women; suggest measures for recruiting female teachers in seminaries in the hope that in a 100 years — as there is no shortcut — they will produce a women-friendly interpretation of Islam.