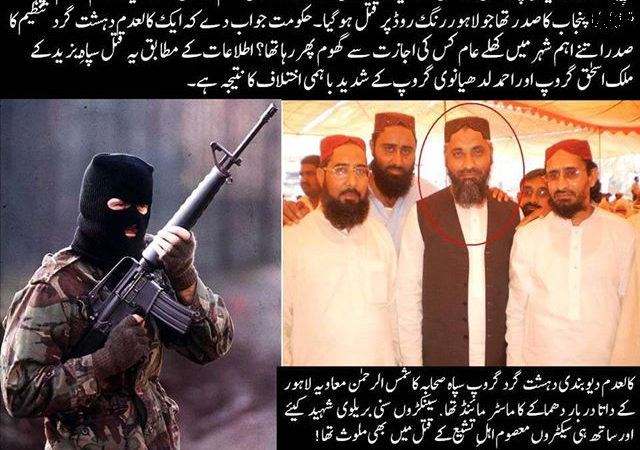 In Rawalpindi, Ahmed Luhdyanvi Group of takfiri ASWJ terrorist kills Mufti Amanullah Deobandi. This seems to be the latest incident in the IntraDeobandiFeud in which a few Deobandi clerics have been killed by takfiri Deobandi ASWJ terrorists.

Aanjahani Amanullah was the son of Molvi Ashraf Ali of the Deobandi Taleem-ul-Quran madrassa of Raja Baza, Rawlpindi.

Mufti Amanullah Deobandi along with Mufti Ehsan was implicated in the financial scam of billions of Rupees in the name of Islamic Mozarba. He was also in a major dispute with some shopkeepers in Raja Bazar on the issue of monthly rent.

He was also a recipient of billions of rupees in aid from the Punjab government and Malik Riaz Hussain of Bahria Town.

According to informed sources, Ahmed Ludhyanvi Group of ASWJ had demanded a major share from Mufti Amanullah from the Mozarba scam and other payments to the madrassa.