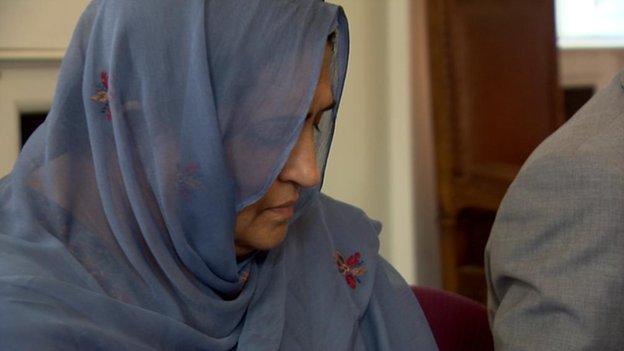 Khalida and Muzaffar Mahmood say they “feel nothing but sorrow and shame” for their daughter.

The family of a 20-year-old woman from Glasgow who has travelled to Syria and married an Islamic State (IS) fighter have said that she has betrayed them.

Khalida Mahmood and Muzaffar Mahmood said they were horrified to learn their daughter Aqsa had become radicalised.

They spoke after comments attributed to their daughter on Twitter called on people in Britain to repeat terrorist atrocities seen in Woolwich and the US.

Mr and Mrs Mahmood said they loved their daughter and wanted her home.

In a statement, the couple said: “We still love you, Aqsa, but we now have to put your family, your brother and sisters first as you have betrayed us, our community and the people of Scotland when you took this step.

“You have torn the heart out of our family and changed our lives forever. Please come home.”

They warned: “If our daughter, who had all the chances and freedom in life, could become a bedroom radical, then it is possible for this to happen to any family.”

She travelled through Turkey to Aleppo in Syria in November and was reported missing to police.

Before disappearing she attended Craigholme School, then university and was “well integrated into society”, her parents said. 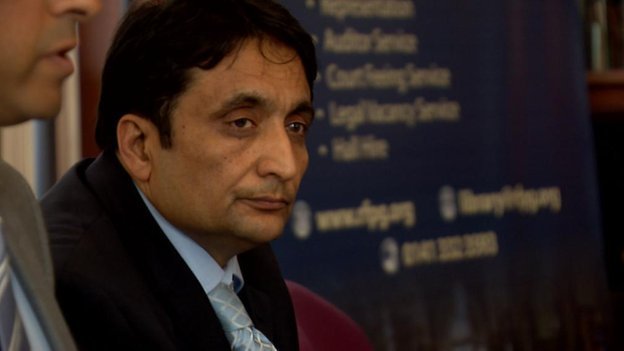 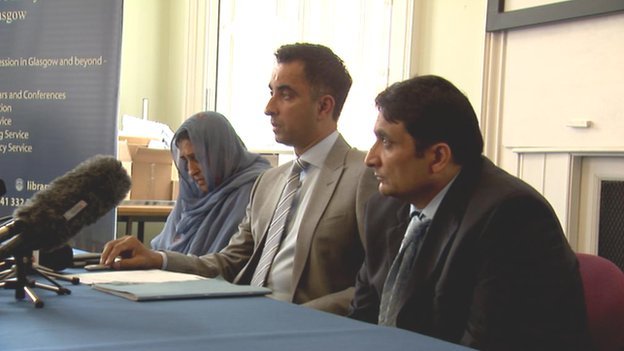 They said she was brought up “with love and affection in a happy home”.

Mrs Mahmood wiped away tears as solicitor Aamer Anwar read a statement on her and her husband’s behalf at a news conference in Glasgow.

They said: “She may believe that the jihadists of Isis are her new family but they are not and are simply using her.”

The parents, who remained silent during the conference, said in the statement: “Aqsa was always a very sweet, peaceful, intelligent child and inquisitive about everything.

“We had high hopes for her and would have loved for her to be a doctor and to save lives.

“We dreamed that one day we would see her married with children but sadly that no longer looks likely.

“As parents we would have liked for her to listen to us but we gave her everything possible in terms of love, freedom and education and she chose the path which we could never approve of.”

They added: “All parents want to be proud of their children but sadly we now feel nothing but sorrow and shame for Aqsa. 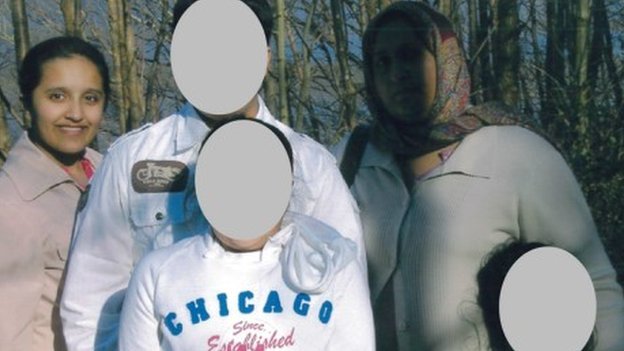 “We are not in denial and do not make any excuses for her and absolutely condemn her involvement in Isis and recent comments.

“But she is our daughter and we still love her, fear for her life and would urge her to return home whilst she still can.”

Aqsa contacted her parents after arriving in Syria and had kept in touch through social media until Tuesday, when newspapers reported of her involvement with IS.

Mr Anwar said: “Because of yesterday, all contact appears to have terminated with their daughter.

“So, they are hoping that this plea will go out to their daughter and that she will think again and return home.

“They want her to come home while she still can. They are telling her that she is wrong, that she is deluded if she thinks she is helping people in Syria.”

The solicitor said Aqsa, a British national, had become “concerned and upset” by media and online reports of the killing in Syria and had told her parents she wanted to help.

Her parents, who are liaising with Police Scotland, said: “IS are killing in the name of religion and claiming to defend the weak, but by joining with them our daughter is brainwashed and deluded and helping those engaged in genocide.

“There is no smoking gun, no family member, no fundamentalist preacher that can be blamed for her radicalisation.

“Aqsa, like many young people in our community, was naturally angry and frustrated at the loss of innocent life in the Middle East but this is not the way to help.”

They added: “We are concerned that a growing climate of fear in this country means that children will not discuss how they feel with their family and friends, and this will only spell disaster for society.

“We know that in the days and months ahead we will be scouring social media for clues of whether our daughter is still alive.

“As we try to hold back the tears today, we feel we have lost our child.”