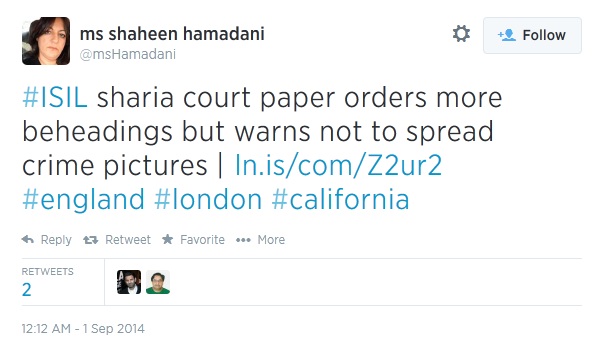 I have never heard so many encores at the Royal Albert Hall. On Wednesday night, after Daniel Barenboim had conducted the West-Eastern Divan Orchestra made up of young Israeli, Palestinian and other Arab musicians, the ecstatic audience would not let them go. So on top of a show-stopping programme, we snaffled five sweet treats that finished with a jazzy tango from the maestro’s native Buenos Aires.

Yes, the boundary-crossing band that Barenboim and the Palestinian scholar-activist Edward Said founded 15 years ago matters as much as ever: a musical beacon of hope, respect and equality amid the deepening shadows of its region.

But the desperate rapture that the orchestra elicited from the BBC Proms house had, to my ears, an edge almost of panic. On that day, we had learned that, in the name of twisted faith and the fantasy “caliphate” of Isis, a young man (probably) from southern England, had butchered an American journalist on camera, for worldwide consumption. Designed as symbol and as spectacle, the crime duly hit its target in the minds of the killer’s compatriots.

In the face of such a ghoulish melodrama of hatred, the sight and sound of Muslims, Jews, Christians and (who knows?) outright sceptics from across the Middle East bound together in art felt not just like relief but salvation. No wonder the Prommers cheered themselves hoarse. This was about us – and here – as much as them, and there.

Whoever the “Beatle” murderer of James Foley turns out to be, and whatever fate awaits him and his Isis co-warriors from Britain guarding hostages in eastern Syria, this country faces another round of circular introspection. “Multiculturalism” will be hauled into the dock once more, and once more the trial will be adjourned sine die because no one can agree on the identity of the accused or even on the terms of the indictment. 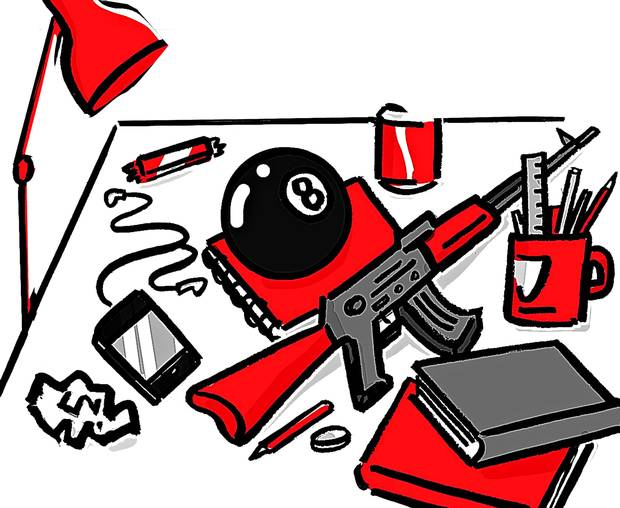 If the “state multiculturalism” that David Cameron pronounced defunct in 2011 has failed to bind some British Muslims to the UK polity, then other models have fared little better. France’s republican religion of civic values, enforced by a state unafraid to expel extremists or even outlaw burkas, does not prevent sections of a French football crowd from booing the “Marseillaise” at matches against Algeria or Tunisia. Neither does it halt the rise of a thinly disguised mass anti-Semitism among young people of Muslim origin.

Yet beyond all the bluster about “British values” and their presence or absence in classroom, the perception lingers that the UK breeds more maniacal zealots than other Western countries. One estimate this week maintained that a quarter of the foreign fighters from Isis hail from Britain. Another, even gloomier, calculation suggests that Isis has recruited more British Muslims than the 600 or so who serve in the British Armed Forces. Let’s keep the more alarmist statistics in perspective. Even 600 UK fighters with Isis yields a British Muslim non-participation rate of 99.98 per cent.

Still, the voice of these home-bred jihadis can chill with a deadpan relish for mayhem that counts for more than sheer numbers. Above all, no one can overlook the sheer bloody Britishness of the Isis slaughter squad.

Remember that we heard a similar tone – earnest, truculent, injured, a bit mardy – in the Leeds accent of Beeston school assistant Mohammad Sidique Khan in his farewell video prior to the 7/7 attacks in London: “Your democratically elected governments continuously perpetuate atrocities against my people all over the world. And your support of them makes you directly responsible, just as I am directly responsible for protecting and avenging my Muslim brothers and sisters.”

Leeds-born poet Tony Harrison later wrote a fine poem, “Shrapnel”, which yoked the Beeston-planned 7/7 bombs with the Luftwaffe air raids on the same suburb in 1941. He imagined the homely Yorkshire streets as the unlikely host and site of world-historic violence in two distinct epochs.

With the Isis “soldiers”, we hear that note of cosy cruelty sound again. This week, the pseudonymous “Abu Qaqa” from Manchester tweeted his approval of savagery with a gloating pride that sounds well-nigh patriotic: “Beheaded by a British brother! What an honour! What a beautiful message to America.” Who can begin to unwrap the contradictions of belonging and identity bundled into those few words? In a sandstorm of wild texting, like the nightmare version of some drunken post-club rant, “Muhajirah fi Sham” – a British woman now at war in Syria – adds: “UK must b shaking up haha. I wna b da 1st UK woman 2 kill a UK or US terrorist!”

Set aside the dread and horror of the execution, and this could almost be hilarious: like Chris Morris’s film farce about blundering jihadis, Four Lions, but tweaked into gruesome, sadistic absurdity. Not long ago, I wrote an article which noted that jihadi volunteers in Syria were capable of posting photos of a banner that read “Keep Calm and Support Isis”. Optimistically, I surmised that thrill-seeking kids with that level of British-bred taste for parody and burlesque would make pretty poor career terrorists. Well, perhaps the soft core of jihadi tourists has had enough of holy war and come home. I hope so. More perplexing is the idea that those ingrained habits and reflexes can coincide with homicidal dogmatism.

It could be that, for the most ruthless of the UK warriors, a domestic climate of street-smart attitude, anti-authority backchat and sarky takedowns has somehow fused with the grimmest tenets of sectarian doctrine. The result resembles a devil’s brew of flippancy and fanaticism. An irreverent sense of the absurd that – so we thought – protects the British from ideological frenzy may in fact sweeten acts of barbarism.

Hence Reyaad Khan from Cardiff, the ex-student who boastfully tweeted about watching “the longest decapitation ever”, and also asked: “Anyone want to sponsor my explosive belt? Gucci, give me a shout.” George Orwell, among many others, believed that genocidal fascism could never take root among the British because we would laugh it into oblivion.

But what if you can chuckle, hate and slaughter all at once? Something about this blood-soaked jihadi cool does have a “Made in Britain” stamp. Elements of sectarian religiosity, sheer adventurism and cocksure, screw-you street swagger have combined into a peculiarly heady and toxic alloy.

From the 7/7 bombers to the hunted “Beatle” of Raqqa, England made them. So England should at least try to explain them. In his book Islamic Radicalism and Multicultural Politics: The British Experience, Tahir Abbas studies home-grown radicals and concludes that “the motivations for their actions are based on ‘Being British’ as much as ‘Being Muslim’”.

True, many of our neighbourhood jihadis will share motives and beliefs with fellow soldiers from many other Western nations. Online preaching and propaganda, now a much sturdier recruiting sergeant than any rogue imam in a suburban mosque, tend to standardise the rationale and rhetoric of overseas struggle. Anger over Western policy in Iraq, Afghanistan and Israel/Palestine also unites the militants. To that clear source of disaffection add a British dimension to the origins of the fundamentalist agenda.

The Deobandi sect that dominates perhaps 600 out of 1,500-plus UK mosques was born in British India in the 1860s. It emerged after the suppression of the 1857 revolt and the drive among the defeated to purify subcontinental Islam. This is not ancient history. The Taliban in Pakistan and Afghanistan adhere to one strand or offshoot of Deobandi thought, even though the leadership at the sect’s Darul Uloom (“House of Learning”) headquarters in Deoband, north of Delhi, has now moved closer to the Indian democratic mainstream.

Britain’s imperial past does forge an unusually intimate link to the schools of modern fundamentalism. And now a mutant form of the exclusive creed refined among the 19th-century subjects of one queen sends subjects of another out to kill, and to die, under the black flag of Isis. Whatever their global context, the “Beatles” and their ilk also belong in a distinctly British narrative. Now, it enlists all the style and the strut of pluralistic freedom in order to deny and, if possible, destroy it. So we endure the Isis theatre of cruelty, and its theatre of paradox. Media-savvy sarcasm and glib, slick soundbites (not to mention image bites) scroll across every platform that social media offers to justify murder in the name of a concept drawn from the vaults of seventh-century theology.

If we were paying attention, we might have seen the “Beatles” coming. Forget the radicalisation experts, the tax-funded ex-extremist penitents and the think-tank careerists. Listen instead to the writers. In 1994, after he had reported from Bradford and other northern towns in the aftermath of the Salman Rushdie fatwa, Hanif Kureishi published his story “My Son the Fanatic”. Two decades on, it remains a classic portrait of secular liberty and its discontents. Easy-going cab driver Parvez, fond of a bacon butty and a drink, is aghast when son Ali becomes a religious radical.

Ali tells him: “My people have taken enough. If the persecution doesn’t stop, there will be jihad.” Remember, Kureishi spotted this process 20 year ago. Hurt and baffled, Parvez wonders if any one event has prompted Ali’s new-found zealotry. “‘Living in this country.’ ‘But I love England,’ Parvez said… ‘They let you do almost anything here.’ ‘That is the problem,’ he replied.”