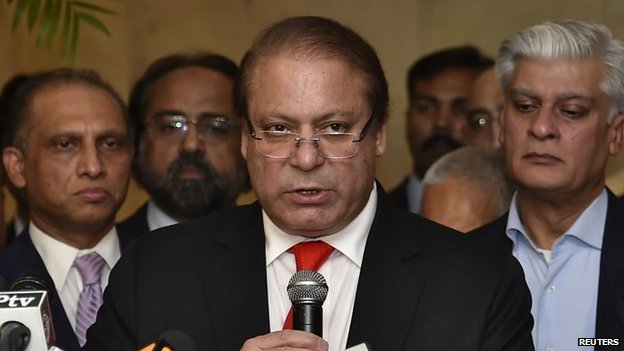 Police in Pakistan have named Prime Minister Nawaz Sharif as a suspect in a murder case, officials say. He is among 21 possible defendants suspected of the killing of 14 demonstrators near Lahore in June.Opposition cleric Tahir ul-Qadri has demanded that Mr Sharif face murder charges and a terrorism probe.However the BBC’s M Ilyas Khan in Islamabad says it is not automatic that Mr Sharif will be arrested and appear in court. Our correspondent says this is only a preliminary investigation following the filing of a complaint to police. Officers will need to find incriminating evidence before pursuing the case any further, he says. 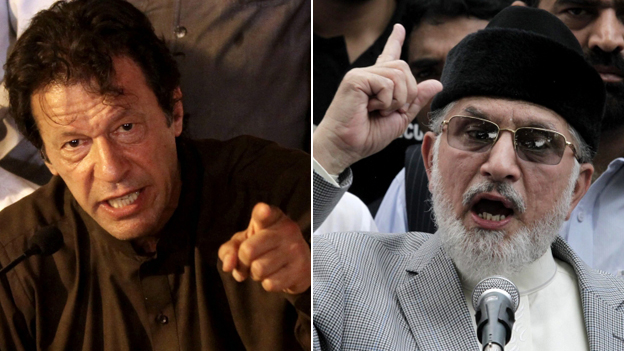 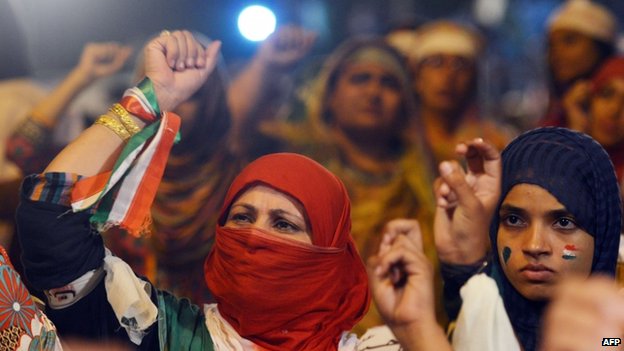 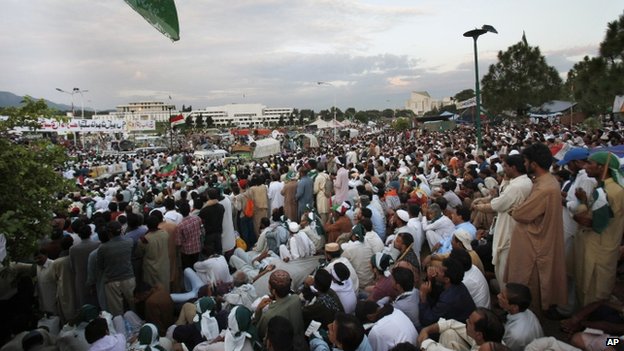 They are reported to have filed a first information report (FIR) – the preliminary stage of a possible criminal case – against Mr Sharif and 20 other people as possible defendants in the killing of the demonstrators. Any charges in relation to the killings will only be filed if a magistrate determines there is a case to be answered. Correspondents say that this procedure could take months.Tahir ul-Qadri, one of two opposition figures currently leading a sit-in against Mr Sharif, had demanded that murder charges be brought in the case. Addressing his supporters, Mr Qadri rejected the FIR because he said it did not include terrorism clauses. 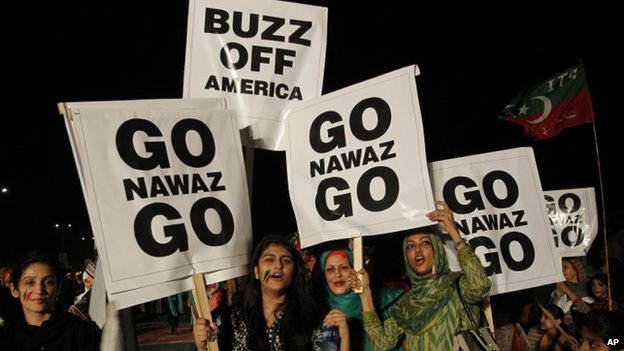 The two-week standoff between protesters and security forces in Islamabad has taken place just 15 months after the prime minister won a five-year mandate in elections. A statement from Mr Sharif’s office on Thursday confirmed that orders had been issued to register a case. Among those named in the FIR are Mr Sharif’s brother Shahbaz Sharif, the chief minister of Punjab province of which Lahore is the capital. Correspondents say that it remains unclear if Mr Qadri is calling off his protest after a week of on-again off-again talks with the government. Another opposition politician, Imran Khan – who argues that elections in June 2013 were rigged – has also called for Mr Sharif to resign. Mr Khan and Mr Qadri led thousands of their supporters in separate marches from Lahore to Islamabad – and both protest camps are now occupying two highways in the Pakistani capital.