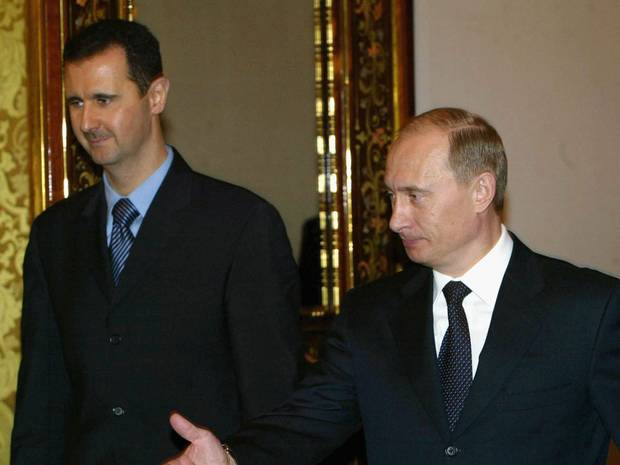 What a difference a year makes. Around this time last year, the West was gearing up for military action against Syrian President Bashar al-Assad, who was accused of carrying out chemical weapons attacks on his own people. That intervention never came to pass, not least because domestic public opinion in countries such as Britain and the US was opposed to further entanglements in the Middle East.

Now, the US is contemplating extending air strikes on Isis militants operating in Iraq and Syria – fighters belonging to a terrorist organisation that is leading the war against Assad. Isis’s territorial gains in Iraq and the continued repression and slaughter of religious minorities there and in Syria have rightly triggered global condemnation.

The irony of the moment is tragic. But to some, it doesn’t come as much of a surprise. Many cautioned against the earlier insistence of the Obama administration (as well as other governments) that Assad must go, fearing what would take hold in the vacuum. One of those critics happened to be Russian President Vladimir Putin, who warned against US intervention in Syria in a New York Times op-ed last September.

He wrote: “A strike would increase violence and unleash a new wave of terrorism. It could undermine multilateral efforts to resolve the Iranian nuclear problem and the Israeli-Palestinian conflict and further destabilise the Middle East and North Africa. It could throw the entire system of international law and order out of balance.”

Some of the crises Putin catalogued have worsened anyway, but his insistence was couched in a reading of the conflict in Syria that is more cold-blooded than the view initially held by some in Washington. “Syria is not witnessing a battle for democracy, but an armed conflict between government and opposition in a multi-religious country,” he wrote, suggesting that the nominally secular Assad regime, despite its misdeeds, was a stabilising force preferable to what could possibly replace it.

Putin decried the growing Islamist cadres in the Syrian rebels’ ranks: “Mercenaries from Arab countries fighting there, and hundreds of militants from Western countries and even Russia, are an issue of our deep concern. Might they not return to our countries with experience acquired in Syria?”

That is a concern publicly shared now by US and European officials, who are alarmed by the considerable presence of European nationals among Isis forces. A British jihadist who spoke with a London accent is believed to have carried out the shocking execution of American  journalist James Foley.

That western attention has shifted so dramatically from the murders carried out by the Assad regime to those carried out by the militants fighting it is a sign of the overwhelming complexity of the war, which is collapsing borders and shaking up politics across the Middle East.

Nor is it necessarily vindication for Putin. His solemnizing over the integrity of international systems is hard to take seriously considering his controversial annexation of sovereign Ukrainian territory in March and continued obstruction of a diplomatic resolution to the crisis in the UN Security Council.

In March 2011, Syrian protesters took to the streets. Their largely peaceful  demonstrations were met by violent crackdowns by state security forces. Eventually, the upheaval turned into a full-blown sectarian civil war that has claimed the lives of at least 191,000, according to the UN last week.

Some in Washington argue that if only Obama had started arming and empowering the “moderate” Syrian opposition sooner, the extremist forces now in the news would not wield such influence and power. But it’s hard to imagine any scenario where more direct US involvement in the Syrian conflict, aimed at toppling Assad, would not somehow also play into the hands of the Islamist factions.

But it’s worth considering what Putin’s government insisted not long after the violence began. In his op-ed, he reminded readers that from “the outset, Russia has advocated peaceful dialogue enabling Syrians to develop a compromise plan for their own future”. That “plan for the future”, the Russians insisted, had to involve talks between the government and the opposition, something the opposition rejected totally at the time.