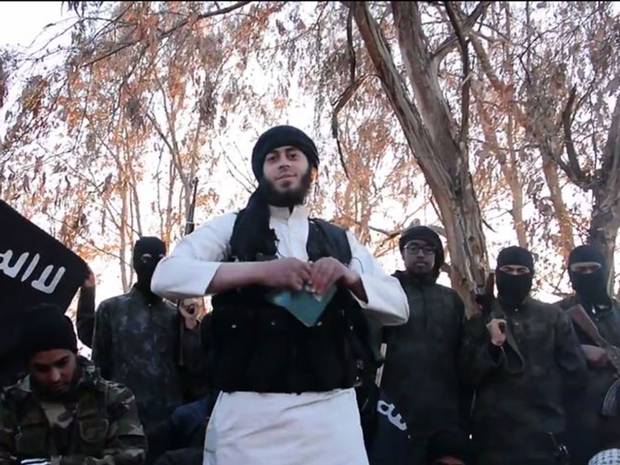 The murder of the US journalist James Foley by a British jihadi has reignited the barren debate in Britain about new government powers to tackle extremist Islamic groups. Dubious counter-terrorism specialists, the exact nature of their expertise frequently elusive, speak of the effectiveness of new controls in thwarting actual or potential jihadis. Much of what is said is irrelevant to the real circumstances in which Muslims leave Britain or other foreign countries to fight in Syria and Iraq. The discussion, driven by politicians responding to media hysteria, produces a sort of intellectual fog in which effective measures that can be taken swiftly disappear from view.

The point at which jihadis should be best identified, intercepted and stopped is not within Britain or even Europe, but as they cross from Turkey into Syria. The Turks have a 560-mile border with Syria and it is across this that jihadis must travel if they are to reach their destination, primarily but not exclusively the Islamic State of Iraq and the Levant (Isis), to offer their services. Those who head for Iraq must also take what Turkish journalists call “the Jihadist Highway”, a network of roads across Turkey and Syria.

A glance at the map might appear to show that there are other ways of reaching the battlegrounds of Syria and Iraq, but in practice Turkey is the only feasible route for jihadis to the Sunni heartlands of both countries. They can no longer travel through Lebanon since the Syrian army and Hezbollah captured Qusayr, near Homs, and took control of the Syrian Lebanese border last year. Saudi Arabia may once have encouraged or turned a blind eye to its citizens going on jihad to Syria, but it never allowed them to travel directly from Saudi territory to Iraq. Jordan, while trying as usual to keep in with all sides, has always been nervous of being in the front line of aiding the anti-Assad opposition in Syria.

It is down the “Jihadist Highway” through Turkey that the foreign fighters have flowed in their thousands over the past three years. Turkey’s open border was crucial to sustaining the Sunni armed uprising which arose out of the mostly peaceful anti-government protests of 2011. It has played the same role as the open Pakistan-Afghan border does in sustaining the Taliban. So long as Taliban fighters could retreat back into Pakistan over the 1,500-mile frontier, they could have a safe haven or sanctuary to rest and resupply before returning to the war.

For the first two years of the Syrian civil war, the route of the foreign fighters was unimpeded. According to Iraqi intelligence officials, who interrogated captured fighters, they would arrive at Istanbul or Ankara airports, move to safe houses, then travel freely by car or bus over the border crossing points into Syria. Arms and ammunition for the rebels, mostly paid for by Qatar and private donors in the Gulf, took the same route, the whole supply operation monitored and to a degree orchestrated by the CIA.

It was only in the middle of 2013 that foreign governments began to get cold feet as it became evident that armed opposition movements in Syria had become dominated by home-grown and foreign jihadis. There was a surge of reports in the foreign media, which had previously been highly supportive of the Syrian uprising, that rebel wounded were being treated in Turkish hospitals. The online journal Al-Monitor quoted a Turkish MP from the border town of Reyhani as saying that “it’s only after the Salafists [Sunni fundamentalists] took over the border crossings and the Obama administration took fright that the Western media decided to report on Turkey’s support for extremist groups”.

Over the past year, Turkey has done something, but not nearly enough to close the border to jihadis. The problem is that the US, Britain, Turkey, Saudi Arabia and others have pretended that they are backing a powerful non-jihadi opposition movement capable of displacing Assad. This was the justification for keeping the border at least partly open. But the rebels are dominated by Isis, Jabhat al-Nusra (the official al-Qa’ida affiliate), Ahrar al-Sham and other jihadis. The Turkish Prime Minister, Recep Tayyip Erdogan, has still not quite taken on board that his campaign to get rid of Assad by backing the jihadis is bankrupt and has failed. Countries such as the US and Britain are loath to admit that they went along with this policy for too long, contributing much to the rise of Isis, and the Turkish border may now be very difficult to close.

The Turkish government protests that it gets 34 million tourists a year and cannot arrest everybody with a beard. But this does not quite ring true, since few of the tourists will be seeing the sights on the Syrian border.

Smuggling has become one of the few ways of eking out a living in these dangerous borderlands. There are 700,000 Syrian refugees in Turkey and a further 100,000-200,000 maintained by Turkey on the other side of the frontier. Fuel is heavily taxed in Turkey, so cheaper products from Isis-controlled oil wells, crudely distilled, is shipped back into Turkey. Smugglers, of course, are equally willing to use the same covert networks to move jihadis in and out of Syria.

Nevertheless, putting heavy pressure on Turkey to deploy its security forces to close this border is the most effective way to stop Isis establishing a network of adherents across the world. So far, Turkey has built a few miles of wall in a token effort to secure the border, but this will not be enough. It is unlikely that the US and its allies will ever formally ally themselves with Assad, but to isolate Isis they will have to undermine those opposed to him. It has always been absurd to imagine that it is possible to draw a line distinguishing carefully vetted anti-jihadi rebels from Isis, Jabhat al-Nusra and the others.

The Foreign Secretary, Philip Hammond, has rebuffed the idea of an alliance or co-operation with Assad, but this was never likely, or even necessary. The American and British policy of saying, as they did at the time of the Geneva 11 talks at the start of the year, that the only topic for negotiations should be about “transition” in Damascus never made much sense. Of the 14 provincial capitals in Syria, 13 are held by the government and the 14th, Raqqa, is ruled by Isis.

Assad was never going to step down voluntarily, and the rebels were never going to be strong enough to force him to do so. Demanding his departure as the only subject of negotiations has proved a recipe for the war continuing.

Isis, its caliphate, and the flood of foreign jihadis into Syria and Iraq are the children of this war. Towards the end of 2012, a senior British diplomat told me that he felt the belief that “the Syrian war will spread” was much exaggerated. This was the great miscalculation in Washington and London, for which Iraqis, Syrians, Turks and many others are now paying a heavy price.