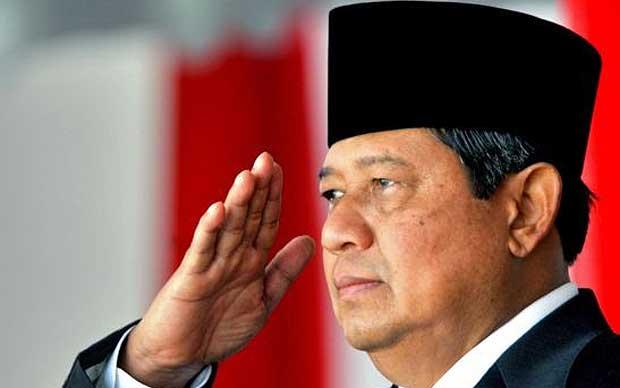 The president of the world’s most populous Muslim-majority country, Indonesia, has called the actions of Islamic State militants “embarrassing” to the religion and urged Islamic leaders to unite in tackling extremism.

Susilo Bambang Yudhoyono said the scale of the slaughter wrought by the extremists in overrunning large swathes of Iraq and Syria and the level of violence being used was appalling.

“It is shocking. It is becoming out of control,” he said in an interview with The Australian, a day after IS released a video showing a masked militant beheading US reporter James Foley, provoking worldwide revulsion.

“We do not tolerate it, we forbid ISIS in Indonesia,” he added, referring to the Islamic State of Iraq and the Levant, as IS was formerly known.

“Indonesia is not an Islamic state. We respect all religions.”

He urged international leaders to work together to combat radicalisation.

“This is a new wake-up call to international leaders all over the world, including Islamic leaders,” he said, adding that the actions of IS were not only “embarrassing” to Islam but “humiliating”, the newspaper reported.

“All leaders must review how to combat extremism. Changing paradigms on both sides are needed – how the West perceives Islam and how Islam perceives the West.”

Indonesia is home to the world’s biggest Muslim population of about 225 million and has long struggled with terrorism. But a successful clampdown in recent years has seen the end of major deadly attacks.

Jakarta has estimated that dozens of Indonesians have travelled to Syria and Iraq to fight and Yudhoyono said he was concerned about their return, adding that he had tasked agencies to oppose the spread of extremist ideology in the sprawling nation.

“Our citizens here in Indonesia are picking up recruitment messages from ISIS containing extremist ideas,” said the president, whose decade in office comes to an end in October.

“The philosophy of ISIS stands against the fundamental values we embrace in Indonesia. Last Friday, in my state of the union address to the nation, I called on all Indonesians to reject ISIS and to stop the spread of its radical ideology.

“My government and security agencies have taken decisive steps to curtail the spread of ISIS in Indonesia, including by prohibiting Indonesians to join ISIS or to fight for ISIS, and also by blocking Internet sites that promote this idea.”