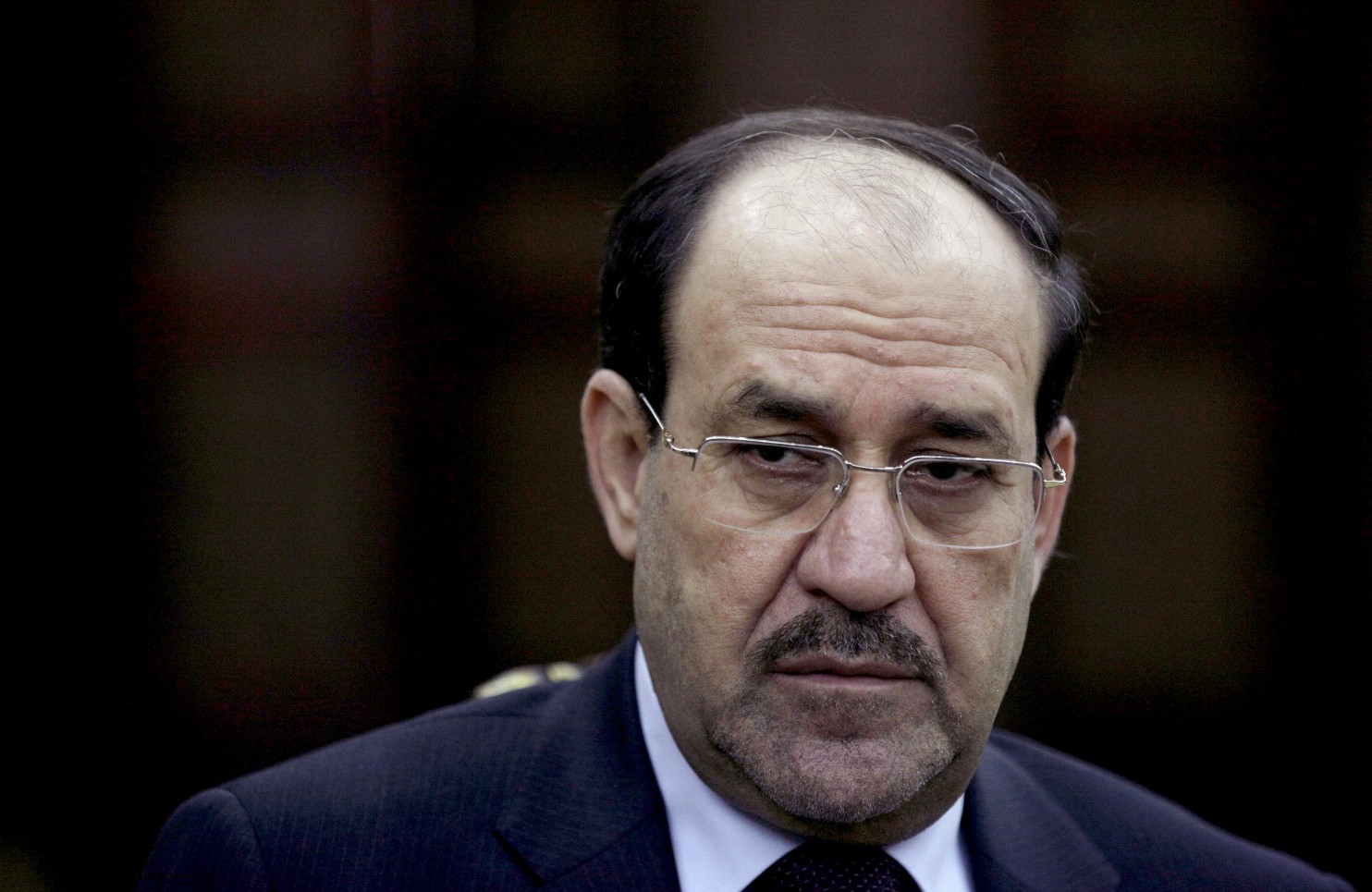 BAGHDAD — The handwritten letter from Grand Ayatollah Ali Sistani was personally signed and stamped, and for Iraq’s embattled Prime Minister Nouri al-Maliki, it spelled the end.

“I see the need to speed up the selection of a new prime minister who has wide national acceptance,” read the missive, sent to leaders of Maliki’s Dawa party.

During his eight-year stewardship, Maliki had already lost many allies, overseen a collapse in the army and lost control of vast swaths of Iraqi territory. With the country in turmoil, those blunt words from Iraq’s leading Shiite cleric were enough to persuade the Shiite party that had been one of Maliki’s last bastions to change course.

The shift ultimately opened the way for Haider al-Abadi’s nomination this week to form a new Iraqi government, although Maliki is stubbornly refusing to give up his position, arguing again on Wednesday that the appointment is illegal and that it is his duty to cling on.

At 84, Sistani continues quietly to wield unrivaled power in Iraq, with his sermons and fatwas helping to steer the course of the country’s young democracy. In a country where Shiites form a majority of the population, millions of Iraqis regard Sistani as their most important religious guide.

He rarely appears in public, and during past political deadlocks, when U.S. presidents penned him letters requesting his assistance, he never deigned to respond. But in interviews this week, politicians revealed that he did write back when Dawa leaders reached out to him to seek
his opinion on whether Maliki should stay on as the country’s leader.

Due to the “critical circumstances” in Iraq, a “new vision” was necessary, Sistani said in the July 9 letter, made public on Wednesday.

“Before this, no one in the leadership had openly expressed an opinion about a change,” Ali al-Alaq, a Dawa party parliamentarian, said in an interview. “But after, we were unanimous, or actually 10 to 1.”

The Dawa party’s leadership committee consists of 11 senior members. Maliki, the party’s secretary general, was the only one who objected to a change, Alaq said. The account provided by Alaq and other Shiite politicians in interviews over the past week has shed light on the intense internal jockeying that forced Maliki aside and paved the way for Abadi’s nomination.

With the scene set for Maliki’s removal, the party issued a public statement in late July saying it would heed the will of Iraq’s religious authorities, pointedly noting that politicians should “adhere to the principle of sacrifice” for the sake of the country.

But still Maliki did not cave, arguing that he was the best person to steer Iraq through its current crisis. Loyalists in his wider State of Law coalition, including Firdous al-Awadi, one of the bloc’s independents, stuck by him.

“If Sistani wants to give an opinion, he would give it clearly,” she maintained in an interview last week, arguing that if the Shiite leader wanted Maliki out, he would have mentioned him by name in the letter.

By late July, momentum against Maliki was gathering.

Among those mentioned as possible successors, Abadi was initially at the “bottom of the list,” said Ali Shubbar, a parliamentarian with the Shiite Muwatin party. But other candidates fell away, including Tariq Najim, another senior member of the Dawa party, and Ahmed Chalabi, who was seen as too divisive.

“It was just the nature of the political process that it ended up being him,” said Shubbar.

In a country where Iran wields significant political influence, it would have been all but impossible for a candidate to win favor without Tehran’s approval.

Iran had withdrawn its backing for Maliki after a mid-July visit to Baghdad by Ali Shamkhani, a top Iranian security official, Shubbar said. Among the Shiite leaders seen as possible alternatives, Abadi seemed slow to win Iran’s favor, in part because he had spent time in exile in London, not Tehran.

“But after they met him and realized that Iraq needed a change, they supported him,’’ Shubbar said.

Iran’s stance was made official Wednesday when Ayatollah Ali Khamenei, the Islamic republic’s supreme leader, said he hoped Abadi would form a new government, teaching a lesson to those who “aim for sedition” in Iraq.

Some of those trying to ease Maliki from power had suggested that he accept the vice presidency as a consolation prize. But Maliki has steadfastly refused to give way.

On Sunday night, even as other top Shiites were taking the final steps to endorse Abadi, Maliki furiously took to the airwaves, vowing to block the process, and he ordered forces loyal to him to assemble at strategic points in the capital.

Even on Wednesday, Maliki argued in a televised address that clinging to power is his “ethical and patriotic duty.’’

Sealing its position against him, the Dawa party Wednesday officially announced its endorsement of Abadi, citing both Sistani’s letter and indications that Maliki would not be able to form a government. It called for politicians to put aside their differences and expressed appreciation for the “significant role” Sistani had played in keeping national cohesion.

“The thing that surprised me was that he continued to cling,” said Alaq, who has known Maliki since 1980. “At first, he thought members of parliament were with him, the street was with him. But now he’s still continuing to cling on.”

Mustafa Salim in Baghdad contributed to this report.