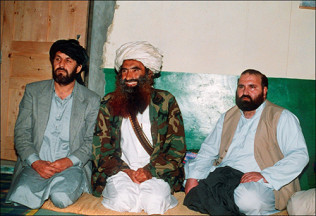 Note by Senge Sering :  May be Syed Faisal Abidi can shed some light on what his beloved army and good Taliban are doing in Kurram agency.

Another comment on Faccebook: Pakistani military going at great length to eliminate/frighten/dysfunction Shia leadership in Kurram Agency (Parachinar) to settle Haqqanis and other good Taliban in the agency. Local leader Sajid Turi’s home reportedly under attack…For over three years, Kurram Agency, the only ‘district’ of Pakistan with Shia majority remained under siege. Pakistani military let the Taliban run the valley where they slaughtered Shias with impunity and banned import of food and medical supplies. The situation became so worse that the local doctors had to use veterinary medicines on humans to treat ailments. Taliban ambushed wagons smuggling food and other provisions from Afghanistan killing scores of people.

For three years, Kurram Agency looked like Gaza. According to local sources, over 6,000 Shias of Kurram Agency lost their lives to Taliban attacks. Hundreds of thousands relocated to safer places like Karachi, Middle East and Gilgit-Baltistan. 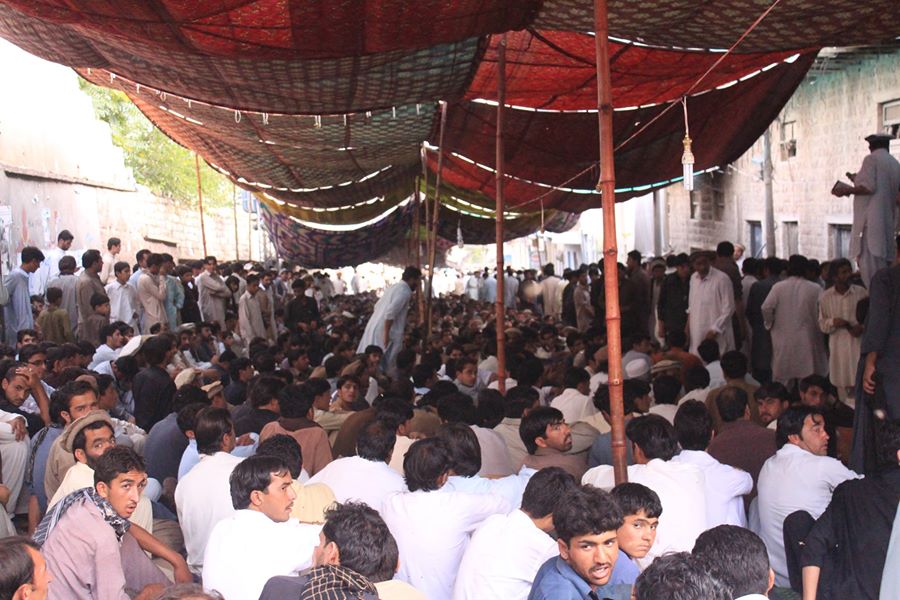 Protest against the settlement of Haqqani Taliban in Kurram

This year, locals will once again ‘host’ the good Talibans causing more misery and slaughter.Will you pay attention to this Gaza of Pakistan, or not since it is not fashionable to talk about non-Arabs.

The local administration began imposing curfews for no obvious reason, but once it was made known that the Haqqanis were in the area the curfews started making sense.

The Haqqanis network, key ally of the Pakistani establishment and renowned for its attacks against the US and NATO forces in Afghanistan, has found itself a new home in Parachina, Kurram Agency, after being dislodged from its hideouts in North Waziristan in May of this year. Just one month before the much publicized military operation, Zarb-e-Azb.

Strategically placed Parachinar, also the headquarters of Kurram Agency, is just 70 miles away from Kabul. Locals say the Haqqanis were relocated there in the months of April and May. The local administration began imposing curfews for no obvious reason, but once it was made known that the Haqqanis were in the area the curfews started making sense. Kurram Agency is surrounded by Afghanistan from three sides and is the closest in terms of distance to the Afghan capital, Kabul. The rapid increase in attacks in Afghanistan since the launch of military operation in Waziristan in June and the arrival of bodies to Lower Kurram from Afghanistan substantiates the locals’ claims.

Although the Haqqani network is officially part of the Afghan Taliban led by Mullah Omar, the Haqqanis maintain distinct command and control and lines of operations. Siraj Haqqani, the son of the famous anti-Soviet fighter Jalaluddin Haqqani, is the current leader of the Haqqani network. Siraj is even more extreme than his father and maintains closer ties to al-Qaeda and other foreign extremists in Pakistan.

For many years, the majority of the Shia tribes, Turi and Bangash, have been forbidding the Haqqanis, and other Taliban, from carving out hideouts in Upper Kurram, even though they already have existing sanctuaries within the Aurakzai tribe dominated areas of Central and Lower Kurram. The locals are left feeling helpless as the military moves their Haqqani ally to the Shalozan area, strategically placed in the foothills of Kohe-Sufaid (locally called Spin Ghar). Locals believe this area provides the perfect environment to the Haqqanis for two reasons: Cover from the drone strikes and easy and quick access to Kabul.

For the last five days, some 8,000 Turi and Bangash tribesmen have been staging sit-ins against the government’s policies that have brought the Haqqanis to the area cloaked in the garb of the Mengal tribe settlement in Shilozan Tangi area near the Pak-Afghan border. Mengal’s are Sunni like the Haqqanis and Taliban, making them natural allies.

The protester’s demands also include the release of some 100 elders who were put in prison under the dreaded Frontier Crimes Regulations (FCR) when they protested against the local administration facilitating the relocation of militant groups. They also want the government to grant permission for Paish Imam (prayer leader) Agha Irfani to return to Parachinar after being expelled by the local administration last month. Irfani has been in the forefront for many years resisting the Haqqnis entry into Upper Kurram. The administration assured the local people that he will be brought back after the month of Ramdan.

One of the protesters told me on twitter, “We cannot openly criticize the military for its role in relocating the Haqqani Network in our area as under FCR, my entire family will be put in prison and there will be no one to resort to for help. Our demand for our Paish Iman return is indirectly against the military’s policies of giving shelter to terrorists in our backyard. We do not want terrorists to roam in our streets”

The Pakistani government has been assuring the Obama Administration that the Haqqnis will not be spared in the North Waziristan operation but the realities on the ground suggest otherwise. They have safely been moved to other parts of the tribal belt and settled areas including some parts of the capital, Islamabad.

Critics claim that the military is in no mood to divorce from its previous policies of using terrorists for expanding its foreign policy interests in Afghanistan and India. For five years they have been dragging their feet to launch an operation in North Waziristan but in the end it appears to be a spurious one. Since the Haqqanis have now been safely moved to Kurram Agency it will take it another five years to go after them – a never ending cycle.