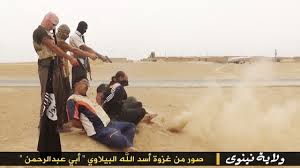 In mid June 2014, news started circulating of the capture of Mosul, a city of nearly 2 million inhabitants in Northern Iraq by the Islamic State of Iraq and the Levant, referred to as Isil. Not only news of the capture but information about Isil’s atrocities started to come into light. Public beheadings, floggings and ultimatums to non-Muslims and also non-compliant Muslims to accept their puritanical views of Islam followed.

Without understanding the real issue, mainstream media chose to simplify the matter to a century old Shia-Sunni sectarian tension.

In the meanwhile, the Ukraine-Russia standoff intensified post advances by Russia backed rebel militias and Ukrainian forces in East Ukraine. The ‘West’ has chosen to side with Ukraine over the last few years, which hurt the ego of the Russian establishment. Come July 17, the unfortunate shooting of Malaysian Airlines flight MH-17 suddenly brought the world back to the brink of the Cold War with the US and European Union on one side blaming Russia for supporting the rebels who shot the plane down.

As it happens, this was the perfect diversion that Isil and their supporters could have asked for. With the focus shifting to Ukraine and Russia, Isil’s advance in Iraq shifted into the background and a subtle “humanisation” of the organisation began in the form of documentaries and news reports on various channels and newspapers. Just like the Taliban supporters had claimed that their rule brought “peace and stability” to Afghanistan between 1996 to 2001, although we all know what happened later.

Similar attempts have been made to bring the “positives” about Isil to light. As a result, this will have negative long-term implications on the region and global politics as they are nothing but mercenaries who are using a facade of puritanical Islam to further their cause of capturing the region.

Regional governments need to sit together and come to a decision in order to counter Isil because it’s a threat that will not come to a resolution through appeasement and talks.

Isil will come to haunt the entire region and eventually the world. No humanisation can ever come close to the atrocities they have committed and are capable of committing.