Home  »  Original Articles   »   Convert to Islam or Pay Taxes or be Killed This’s no way to spread a religion, be it islam – by Mansoor Ahmad 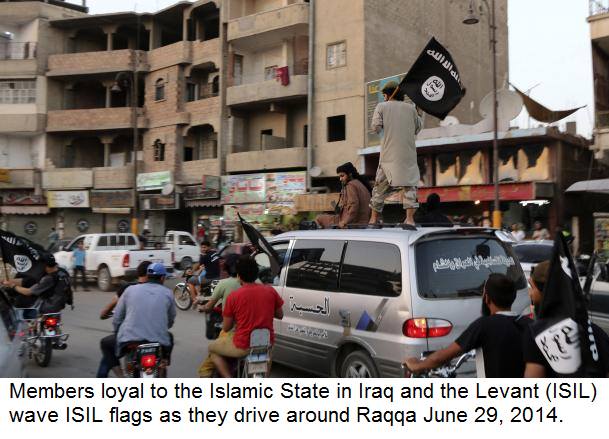 Muslims are creating more enemies by threatening minorities and in this case the Christians in Iraq who have been living there since centuries and had adopted it as their home. Latest threat came from the Caliphate of Islamic State (IS) previously known as Islamic State of Iraq and the Levant (Isil) , who have captured a massive land mass in Iraq & Syria and established their rule over there but not yet recognized by UN or any of its member state as an entity.

So the Christian community that numbered in thousands have left and abandoned their homes and places of worship mostly in Mosul, the 2nd largest city of Iraq and have since settled in Kurdistan. Kurds are also Muslims who have been more generous & kind to the poor migrants and who have followed the real teachings of their religion Islam by giving them a refuge.

At the same time France, according a press report, has extended immigration to these Christians and so soon they will be leaving for French heavens while leaving the hells of ‘IS’ Caliphate of Islamic State.

Though it has been difficult for the Christians to leave their homes like anybody else yet I find them lucky to have been offered safe heavens & wish them good luck.

I request the French government and other government & non government organizations of the world to assist these victims of hatred by providing them all the necessary living utilities while they are stuck there and also provide them full financial assistance in making their painful departure to France.

I also humbly request the Victim Christians, their sympathizers & supporters to please do not take the [‘Caliphate of ‘IS’] and their ideology as a true depiction & representation of Islam. ‘Islam’ literally means ‘peace’ while it isn’t what they have confronted.

Tail Piece: US must seriously look into and review its adventurism because it is US that have created enemies like ‘IS’ and others in the world today.