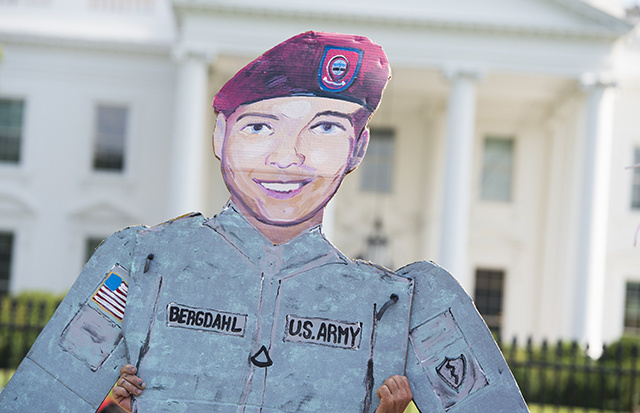 The Taliban were originally the sons of Afghan refugees who had gone to school in the madrassas run out of the refugee camps that had sprung up along the border. Although it was normal for Afghans to attend school in Pakistan, the war with the Soviets had created entire cities of refugee camps of Afghans who were educated in madrassas and poured back in during the summer to fight inside Afghanistan.

Of the five major schools in Pakistan, the Saudi-funded Deobandi madrassas were where the talibs—the Pashtun religious students—had emerged and been recruited since the Soviet conflict in the 80s. Madrassas traditionally gave the title of mullah to students after five years of religious studies, but as the region was increasingly destabilized during the 90s and afterward, it soon became an almost honorary title for jihadist commanders who had fought on the front lines.

In the mid 90s these “Taliban” appeared a few miles south of Paktika. They were led by Mullah Omar and his inner group of 30-something Pashtun madrassa students—all rough-hewn veterans of the CIA- and Saudi-backed jihad against the Soviets. They quickly swept through Afghanistan, routing warlords and regional rulers until they controlled the central government for seven years. A long protracted battle north of the Hindu Kush had almost eliminated resistance by 2001 until the Americans arrived to bolster the northern ethnic groups. Three weeks later, the Taliban army surrendered at Qala-i-Jangi in Mazar-i-Sharif. Mullah Fazl was the head of the Taliban military along with Mullah Noori, whom Mullah Omar had selected to rule the north. I was roomed with those two mullahs and interviewed them during the violent uprising in Qala-i-Jangi, where I eventually interviewed al Qaeda member John Walker Lindh.

Although the Deobandi mullahs had agreed to surrender and were promised safe passage home, the reversal of the deal by the CIA and their rendition to Gitmo without charges or chance of trial taught every Taliban leader not to trust the Americans or Afghan government. Secret prisons on Bagram began to fill up with suspects, usually Pashtun and usually loyal to the Taliban. Thus began the tale of two of the Gitmo Five who would be swapped 13 years later.

After the renditions of three other senior Taliban mullahs from inside Mullah Omar’s inner circle occurred, an insurgency slowly spread. By mid 2009, the conflict had transformed the entire south and east of Afghanistan into hostile territory.

Paktika is within a greater region known as the Loya Paktia, after the Pashtuns who had lived there—an area that in more recent times has been controlled by the Zadran branch of the Pashtuns. They called themselves the Haqqanis and are one of the oldest mujahedeen groups in Afghanistan.

The Haqqanis are descendants of the black-haired, dark-eyed Zadran tribe. Their 75-year-old leader, Jalaluddin Zadran Haqqani, the son of a wealthy land owner, controls the Afghan-Pakistani border from Pakistan to Kabul, with the key city being Khost. Jalaluddin took the family name Haqqani from Darul ul Uloom Haqqania, the Deobandi madrassa he had attended along the Kabul river in Akora Khattak, east of Peshawar. He took an Arab wife (who lives in the UAE) and also has a local Afghan wife. He worked with Saudi, Pakistani, and US intelligence fighting the Russians in the 80s, and continued his long association with Saudis, Emiratis, and Gulf donors through the Taliban period and up until present day. The eldest of his 11 sons, Nasir, handled the money. Jalaluddin hosted Osama bin Laden’s training camps for foreigners, and after the US attack on Afghanistan his group still shelters a number of Uzbek, Saudi, Yemeni, and other foreign fighters to this day. The Zadrans are the critical link between central and eastern Afghanistan, as well as the southern Taliban based in Quetta. They are, at heart, a self-financed, self-secured logistics and political organization that controls the shortest route to Kabul from Pakistan—a massive network that includes soldiers, informants, and infiltrators.