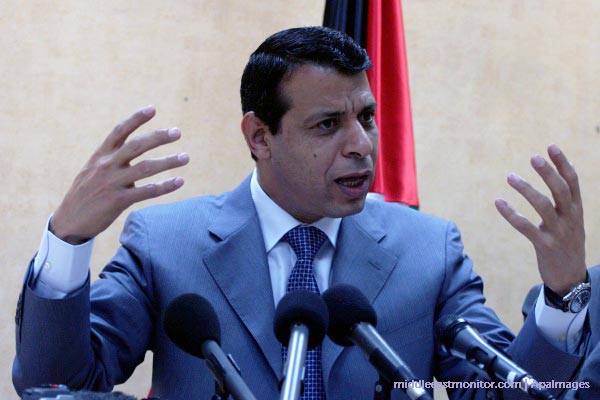 Forty members of the UAE “aid convoy” which entered the Gaza Strip last week have been revealed as intelligence agents. They were, it is believed, trying to collect information about Hamas and its infrastructure in the besieged territory.

According to one informed source, a local Palestinian recognised one of the agents as a soldier in the UAE armed forces. He contacted the security forces in Gaza who took the agent in for questioning.

Other members of the “aid convoy” then made contact with officials in the United Arab Emirates. In turn, they asked disgraced Fatah official Mohamed Dahlan, who now lives in and is sponsored by the UAE government, to try to secure a safe and swift exit for the agents.

“Dahlan called one of his followers from Fatah who spoke with Hamas officials and they agreed to let the convoy leave immediately,” the source said.

Palestinians in Gaza were surprised by the sudden exit of the UAE personnel on Saturday. The field hospital that they had ostensibly arrived to set-up was left uncompleted.

Commentators say that suspicions should have been aroused when the convoy was allowed by the Egyptians to enter Gaza through the Rafah crossing, as no other convoys have been allowed to enter since the start of the Israeli attack and invasion. Media reports on Saturday said that the Egyptian army has banned and attacked three international aid convoys trying to enter the enclave.

Egypt has closed Rafah and does not allow wounded Palestinians to travel abroad for treatment or let much-needed medicine and medical equipment to be taken into Gaza.