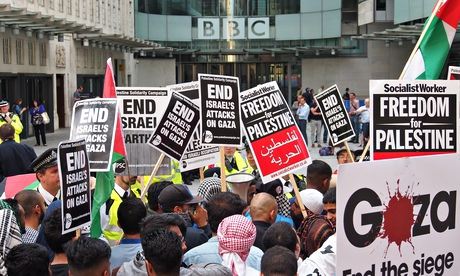 JERUSALEM — AS Hamas fires rockets at Israeli cities and Israel follows up its extensive airstrikes with a ground operation in the Gaza Strip, the most immediate cause of this latest war has been ignored: Israel and much of the international community placed a prohibitive set of obstacles in the way of the Palestinian “national consensus” government that was formed in early June.

That government was created largely because of Hamas’s desperation and isolation. The group’s alliance with Syria and Iran was in shambles. Its affiliation with the Muslim Brotherhood in Egypt became a liability after a July 2013 coup replaced an ally, President Mohamed Morsi, with a bitter adversary, Gen. Abdel Fattah el-Sisi. Hamas’s coffers dried up as General Sisi closed the tunnels that had brought to Gaza the goods and tax revenues on which it depended.

Seeing a region swept by popular protests against leaders who couldn’t provide for their citizens’ basic needs, Hamas opted to give up official control of Gaza rather than risk being overthrown. Despite having won the last elections, in 2006, Hamas decided to transfer formal authority to the Palestinian leadership in Ramallah. That decision led to a reconciliation agreement between Hamas and the Palestine Liberation Organization, on terms set almost entirely by the P.L.O. chairman and Palestinian Authority president, Mahmoud Abbas.

Israel immediately sought to undermine the reconciliation agreement by preventing Hamas leaders and Gaza residents from obtaining the two most essential benefits of the deal: the payment of salaries to 43,000 civil servants who worked for the Hamas government and continue to administer Gaza under the new one, and the easing of the suffocating border closures imposed by Israel and Egypt that bar most Gazans’ passage to the outside world.

Yet, in many ways, the reconciliation government could have served Israel’s interests. It offered Hamas’s political adversaries a foothold in Gaza; it was formed without a single Hamas member; it retained the same Ramallah-based prime minister, deputy prime ministers, finance minister and foreign minister; and, most important, it pledged to comply with the three conditions for Western aid long demanded by America and its European allies: nonviolence, adherence to past agreements and recognition of Israel.

Israel strongly opposed American recognition of the new government, however, and sought to isolate it internationally, seeing any small step toward Palestinian unity as a threat. Israel’s security establishment objects to the strengthening of West Bank-Gaza ties, lest Hamas raise its head in the West Bank. And Israelis who oppose a two-state solution understand that a unified Palestinian leadership is a prerequisite for any lasting peace.

Still, despite its opposition to the reconciliation agreement, Israel continued to transfer the tax revenues it collects on the Palestinian Authority’s behalf, and to work closely with the new government, especially on security cooperation.

But the key issues of paying Gaza’s civil servants and opening the border with Egypt were left to fester. The new government’s ostensible supporters, especially the United States and Europe, could have pushed Egypt to ease border restrictions, thereby demonstrating to Gazans that Hamas rule had been the cause of their isolation and impoverishment. But they did not.

Instead, after Hamas transferred authority to a government of pro-Western technocrats, life in Gaza became worse.

Qatar had offered to pay Gaza’s 43,000 civil servants, and America and Europe could have helped facilitate that. But Washington warned that American law prohibited any entity delivering payment to even one of those employees — many thousands of whom are not members of Hamas but all of whom are considered by American law to have received material support from a terrorist organization.

When a United Nations envoy offered to resolve this crisis by delivering the salaries through the United Nations, so as to exclude all parties from legal liability, the Obama administration did not assist. Instead, it stood by as Israel’s foreign minister, Avigdor Lieberman, called for the envoy’s expulsion on the grounds that he was “trying to funnel money” to Hamas.

Hamas is now seeking through violence what it couldn’t obtain through a peaceful handover of responsibilities. Israel is pursuing a return to the status quo ante, when Gaza had electricity for barely eight hours a day, water was undrinkable, sewage was dumped in the sea, fuel shortages caused sanitation plants to shut down and waste sometimes floated in the streets. Patients needing medical care couldn’t reach Egyptian hospitals, and Gazans paid $3,000 bribes for a chance to exit when Egypt chose to open the border crossing.

For many Gazans, and not just Hamas supporters, it’s worth risking more bombardment and now the ground incursion, for a chance to change that unacceptable status quo. A cease-fire that fails to resolve the salary crisis and open Gaza’s border with Egypt will not last. It is unsustainable for Gaza to remain cut off from the world and administered by employees working without pay. A more generous cease-fire, though politically difficult for Prime Minister Benjamin Netanyahu, would be more durable.

The current escalation in Gaza is a direct result of the choice by Israel and the West to obstruct the implementation of the April 2014 Palestinian reconciliation agreement. The road out of the crisis is a reversal of that policy.