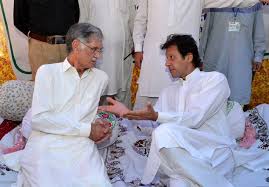 What’s common in both incidents?

1. In both cases, victims happen to be Shia Muslims.

2. The killers, as usual, are Deobandi ASWJ terrorists.

3. Both incidents took place in Khyper Pakhtunkhwa province ruled by the good governance party aka PTI.

4. Both incidents were largely ignored, censored or obfuscated in Pakistan’s mainstream and social media.
Nazi style silence and obfuscation prevails on Shia genocide in Pakistan at the hands of Deobandi terrorists.

In the meanwhile, Pakistanis continue to mourn the plight of Palestinians thousands of miles away from their country.