Home  »  Original Articles   »   From a life-saver to a life-taker: A Saudi Salafi doctor joins ISIS as a suicide bomber, kills 30 Sunnis and Shias in Kirkuk, Iraq

From a life-saver to a life-taker: A Saudi Salafi doctor joins ISIS as a suicide bomber attacks a checkpoint south of Kirkuk, Iraq, killing 30 innocent Sunni and Shia Muslims.

This is not the first time that Salafi Wahhabi and Deobandi professionals have transformed into suicide bombers. The internet, and Saudi-funded Salafi and Deobandi mosques and hate preachers, are slowly but surely converting many peaceful Sunni (Hanafi, Maliki, Shafii, Sufi etc) Muslims into radical Salafi, Wahhabi and Deobandi killing machines. Previously, in Glasgow UK, a Deobandi doctor along with his Salafi aide attacked the airport building on a suicide mission.

It is high time that oridnary Sunnis rediscover their original non-violent peaceful identity and separate themselves from Dr Zakir Naik, Dr Farhat Hashmi and other Salafi Wahhabi and Deobandi hate clerics who are eating Sunni Islam from inside. 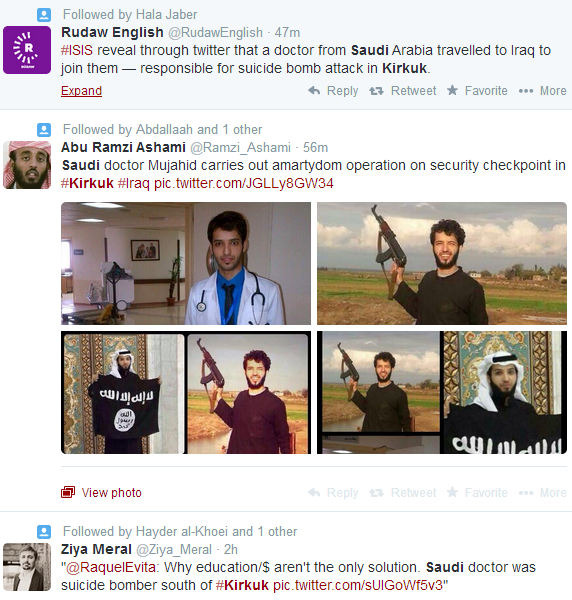 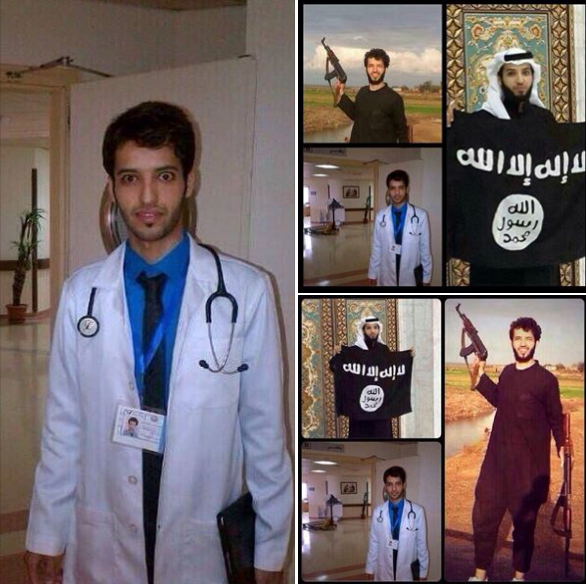