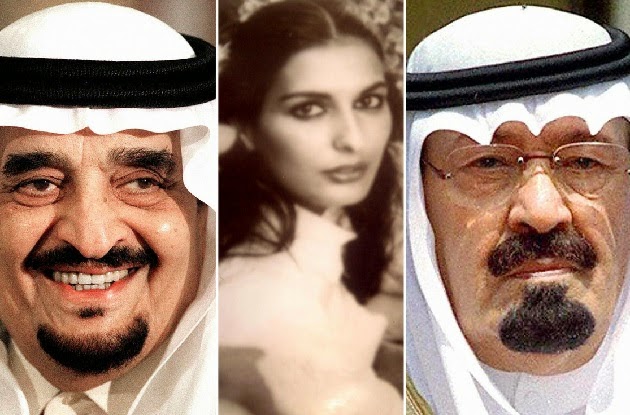 The “secret” Christian wife of the late King of Saudi Arabia has won the right to pursue his son for a vast sum of cash and properties that she says he promised her before he died.

Janan Harb, 65, claims she was married to King Fahd in 1968, when she was 19 and he was a prince and minister of the interior. He later promised to provide for her financially for the rest of her life, she says.

She also claims that the King’s son, Prince Abdul Aziz, told her more than a decade ago that he would honour his father’s promise and offered her £12 million in cash and two high value central London properties – but so far has not given her anything.

Details of the case emerged at a hearing at the High Court in London on Monday, where Mrs Justice Rose ruled that the claim could proceed despite Prince Aziz claiming “state immunity” from the British legal system. The decision opens the way for a potentially embarrassing full hearing which could shine a light on the dealings of the House of Saud.

“After 12 years of persistence I am very happy and relieved,” Mrs Harb told reporters after the ruling. “If the prince is going to appeal, I am going to accept the offer of the movie of the book I have written – I am going to spill the beans.”

Now a British citizen, Mrs Harb claims she was forced to leave Saudi Arabia before King Fahd ascended to the throne in 1982. She says his son made her the offer of cash and properties – on Cheyne Walk in Chelsea, an exclusive street overlooking the River Thames – at a meeting in 2003, two years before his father died.

The judge said Prince Aziz, who did not attend the hearing, had not made any response “as regards the accuracy or otherwise” of Mrs Harb’s allegations, but had instead restricted himself to “contesting the jurisdiction of the court”.

She added that the Kingdom of Saudi Arabia had expressed its support for the prince’s claim for state immunity in the form of a letter issued through its London embassy.

The judge’s decision rested on whether immunity could be extended to everything that King Fahd had done while he was head of Saudi Arabia, even after he was dead. She ruled that it could not.

A Christian who was born in poverty in Palestine, Mrs Harb has previously claimed she met the King at a party in Beirut and that while she was married to him, she was not allowed outside the palace walls and was prohibited from having children.

She claims she was eventually ordered to leave the country because the rest of the Saudi royal family did not approve of the marriage, but that she had remained in touch with the King by telephone throughout his life.

Her solicitor, Mandeep Kaur Virdee of Neumans LLP, said: “We are delighted with the outcome of this judgment. The law surrounding this area has already established, confirming that personal immunity ceases when a head of state is no longer in office for any reason.”

A spokesman for Neumans added: “Mrs Harb is passionate about sharing her personal account of what it is truly like to be married to a Saudi King and believes the exposure will be of public interest.

“Her story has received international interest from film producers and she is currently in detailed discussions to progress the adaptation of her book into a film. There are also negotiations under way with regard to the publishing of her book in advance of this.”