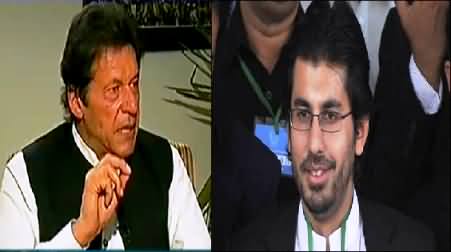 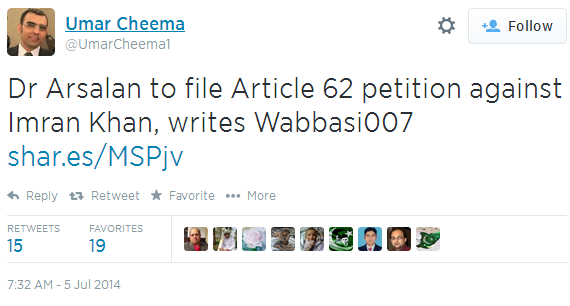 In a recent talkshow (4 July 2014), in a move that is typical of PMLN tactics, Dr Arsalan Iftikhar Chaudhry, the corrupt son of the controversial, pro-Taliban former Chief Justice Iftikhar Chaudhry, responded to criticism by launching personal attacks on Imran Khan.

After the latest episode of Arsalan Iftikhar benefiting from cronyism was exposed by a wide section of Pakistanis including PTI, the former responded in the only manner known to PMLN. And this is the use of disgusting personal attacks. In a manner similar to the personal attacks on Shaheed Benazir Bhutto and Nusrat Bhutto, PMLN has once again stooped to its true nature of using vile personal attacks against a political rival. Clearly, Arsalan Iftikhar, whose corrupt father gave massive benefits to PML N, was awarded with the lucrative posting on the Balochistan Investment Board (https://lubpak.com/archives/316373).

It is disappointing but not at all surprising to see many of Pakistan’s (Fake) Liberal “champions” allied with PMLN in this gory affair. No matter what our disagreements with Imran Khan, does it really have to degenerate into personal attacks?

LUBP has been a strong critic of Imran Khan in the past, however, those like PMLN who have an even more problematic discourse are rarely criticized by Pakistan’s fake liberal intelligentsia. We have been critical of both and others like PPP as well. But the selective bashing of Imran Khan on this and other issues and the use of cheap personal is uncalled for and we have no hesitation in condemning it.

Jang Group and Geo TV’s employees including Umar Cheema, Wasim Abbasi, Beena Sarwar, Najam Sethi and other PMLN-Jang-ASWJ lackeys are prominent in their onesided and selective criticism of Imran Khan.

Similar to Arsalan Iftikhar’s using his father’s Chief Justice position to attack rival politicians who exposed his corruption is the abuse of the media pulpit by Najam Sethi to also attack Imran Khan. In this clip, Najam Sethi while bashing Imran Khan for derailing democracy, clearly forgets his own role in derailing the democratic, elected PPP government of Benazir Bhutto in 1996. However problematic Imran Khan’s politics are, atleast he has political legitimacy unlike the Najam Sethi types who are cronies of the Nawaz Sharif Government.

For all the criticism that LUBP has done of Imran Khan – a fact even acknowledged by dubious characters like Najam Sethi – his PTI supporters have never threatened, harassed or blackmailed LUBP in the manner that some Fake Liberal sycophants of Nawaz Sharif and Shahbaz Sharif have.

It is time that we move most the discredited Lawyer’s Movement and start questioning the damage done to multiple institutions by Chaudhary Iftikhar, his son and their opportunistic supporters like Najam Sethi. 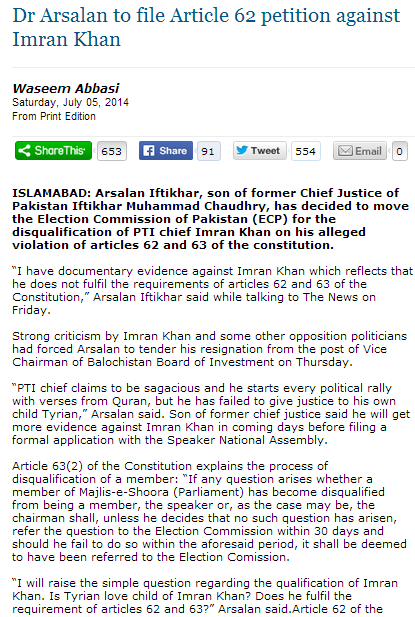