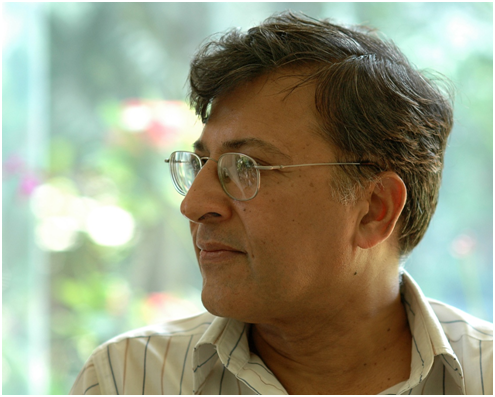 ‘Progressive Pakistanis should openly support the operation against a barbaric foe. Specious objections will merely serve to strengthen them,’ says Pervez Hoodbhoy in an interview with Viewpoint on the military operation going on in Waziristan.
Noted intellectual and scientist, Pervez Hoodbhoy has taught physics for over three decades at Quaid-e-Azam University where he also headed the Department of Physics. After his retirement, he briefly taught at LUMS, Lahore. Currently, he holds the Zohra and Z.Z. Ahmed endowed chair in the departments of Mathematics and Physics at FC College University, Lahore. Read on:

How do you see Zarb-e-Azb? Do you think it should be supported, opposed, or ignored?

This military operation will certainly not eliminate terrorism. But unless radical militants are contained using force, they will soon overrun Pakistan. Recent events in Iraq and Syria should open our eyes to that terrible possibility. Progressive Pakistanis should openly support the operation against a barbaric foe. Raising objections without offering a practicable alternative is irresponsible and wrong.

Of course, no one can welcome houses and villages being blasted by artillery, tanks, or F-16s. Unless intelligence and accuracy are 100% perfect – and this is impossible even with relatively more precise drone strikes – innocents will surely die, be maimed, and suffer terribly. Half a million displaced people have streamed out of North Waziristan. We should be justly suspicious about the army’s claimed daily toll of militants killed during Zarb-e-Azb because this is unverifiable in the absence of independent reporting. One also hears that the displaced people are being tended to by relief organizations like Jamaat-ud-Dawa and Falah-e-Insaniyat. These are well-known fronts for jihadist groups, and were active during the 2005 earthquake and 2010 floods as well.

But can anyone deny that North Waziristan is an epicenter of terrorism? It is a magnet for jihadists from across the world. Earlier their terrorism was directed internationally and hence tolerated. But now their full fury is frontally directed at Pakistan: the people, state, and military. Polio workers have been killed by the dozens, schools blown up by the thousands, the rights of women snatched away, and more. This became possible because, over a period of nearly 20 years, the traditional authority of tribal law and tribal elders was whittled down to near zero and replaced by Taliban-style sharia.

We can argue endlessly about where this came from. Army/ISI? America? Israel and India? Our media and army promoted the view that all anti-Pakistan militancy is Indian sponsored. Millions of Pakistanis still hold the comic belief that suicide bombers are not circumcised and hence non-Muslim. But now, faced with a lack of alternative, the Army has been forced into publically admitting that its enemies are homegrown, and “guest warriors” are supercharged Muslims of all kinds: Arabs, Uzbeks, Chechens, as well as Islamic extremists from Europe.

Faced with a rising casualty rate, the Army had long contemplated action against the TTP and its bases in FATA. As we now learn from a recent disclosure by the former Director General of the ISPR, this action was demanded by many in the military leadership but held up by General Kayani, probably because he feared a right-wing backlash from Taliban sympathizers in the military.

Do you think that the military is serious? Will a new doctrine emerge in the GHQ that will end the distinction between the “good” and “bad” Taliban?

Not right away. Old habits and practices die slowly. For now the likes of Hafiz Saeed will still receive ISI/Army support. In Baluchistan, support will continue for the Lashkar-e-Jhangvi, Sipah-e-Sahaba, and Jundullah. These are used as proxies for crushing Baloch nationalists. But, as the situation polarizes further, it is very likely that the army will be forced to dump more and more of its proxies. Remember that it had to dump the Taliban after 911. Such clarity is to be welcomed.

We should recognize that the Pakistan Army, for all its pretences, is now deeply confused. In the “good old days”, when the only enemy was India, everything was clear. It chose to regard itself as an army for Islam and as the defender of Pakistan’s “ideological frontiers”. But now, faced by a bearded and pious enemy, it must wrestle with a painful ideological dilemma: is it an army for Islam or just for Pakistan?

Some years ago the Army was at its weakest because it had no narrative to counter that of the Taliban. Even as its men were tortured and decapitated in the name of Islam, and accused of following America’s orders, it had to claim that India was behind the atrocities. Those who died in battle were quietly buried amid reports that village imams had refused to perform their namaz-e-janaza. Rarely were they called shaheed, a terrible blow to the families and deeply demoralizing for the army as a whole.

But as the bitter truth sinks in, the Army’s perspective has begun changing. Of course, both the soldiers and their enemies pray and fast with great unctuousness. But the Taliban are even stricter in their observance of religious rituals, and so have a stronger claim to purity. Forced into a war that is not of its own choice, the Army is seeking a way out. Looking at articles published in military journals, I am struck by the more nationalist and less religious narrative that is now emerging. This is a good sign.

Many Pakistanis say that the Army, and the militants it fights, are actually sides of the same coin. Your take?

Once upon a time this was true. In seeking to “bleed India with a thousand cuts”, the Pakistani state and its agencies had promoted a culture of jihad since the late 1980s. By the mid 1990s one could count over twenty lashkars, jaishes, ansars, sipahs, etc. all groomed by secret agencies. Jihadists proudly flaunted their military successes in Kashmir on roadside banners and while holding large public rallies in Pakistani cities. Hafiz Saeed still does a bit of that today, but there was incredible hubris before 9/11.

In Afghanistan, anti-Indianism spurred Pakistan’s  pursuit of strategic depth. Earlier there were no bad Taliban, only good ones. The hope of nurturing the Taliban was that, once they had defeated the Afghan National Army, they would duly hand over Kabul to us just as they had in 1996. One suspects that Mullah Omar, like bin Laden, is sheltered somewhere in Pakistan. Some say he is in Quetta. Like with the cross-LOC jihad, this was seen as a low cost, high yield investment. And so the army put its bets on Maulvi Nazir, Hafiz Gul Bahadur, and, most of all, Jalaludin Haqqani.

But one notes a significant recent change. The ISPR has said that Zarb-e-Azb will target all terrorists in North Waziristan, including the Haqqani network. This is admitting that the Army’s Afghan strategy has failed and allies are turning into foes. Today the Pakistan Army is genuinely at war against a fanatical, religiously charged enemy. It should not be dismissed as “noorakushti”. What stronger proof than the disgusting video, circulated by the TTP, of decapitated heads of soldiers being kicked around? The Army has lost more men to religious extremists than in all the wars with India.

The army and Taliban are no longer two sides of the same coin.  The TTP wants to destroy Pakistan as a Muslim state and recreate it as an Islamic state. This is why it attacks airports and shoots at PIA planes. They see their actions as steps along the way towards their dream of completely transforming all Muslim states – including Pakistan – into replicas of the 7th century Medina state.

But this dream conflicts with the needs of the Pakistani establishment and, in particular, those of the Army. Barring an influential minority of dedicated Islamists within the ranks, the military seeks to maintain the status quo. It is not interested in having a caliphate, nor wants to risk its enormous financial assets.

Politically, what will be the impact of this operation?

I suspect that, like the Lal Masjid operation, Zarb-e-Azb will turn out to be a kind of watershed. It has seriously disturbed the relations between the Army and its former allies, and will deepen the split within the Army as well. The traditionally pro-military Jamaat-e-Islami is furiously condemning the military action and demanding talks instead. And, although Hafiz Saeed is trying hard to stay on the right side of the military, he will surely lose support from others within his own constituency of jihadists. Imran Khan, who never stumbled in his opposition to drones, is now babbling incoherently. The Taliban, who had nominated him as their representative in the putative “peace talks” see it as a betrayal. PTI, like ANP, may well become the target of their wrath.

There appears to be broad consensus across Pakistani society in support of Zarb-e-Azb. The media is amplifying military propaganda. HRCP and some noted women rights NGOs have lent their support to the ongoing military operation in Waziristan. Do you expect this consensus to last?

There is indeed a pro-Army and pro-operation swing in the media – particularly after the Hamid Mir episode. Also, much is being made these days of a recent Pew Global Survey that shows 66% of Pakistanis view the Taliban unfavorably, 33% have no opinion, and just 8% support them. This is good news.

But this consensus may not last long. Let’s remember how the army action against the Lal Masjid terrorists soon became extremely unpopular in spite of initial public disapproval of the clerics and their students. The principal Taliban demands are to transform Pakistan into a sharia state, and to isolate it from modernity and the Western world. This resonates well with millions. An earlier Pew recent poll showed 87% of young Pakistanis want sharia and still more religion in society, not less. So, although Pakistanis disapprove of the violent tactics used by the Taliban, they are largely sympathetic with their goals.

Pakistan’s biggest problem is that religious extremism and intolerance have penetrated deep into the bones of society. Taliban-style militancy is a direct consequence of this. Madrassas spew out indoctrination and hatred, our school textbooks poison young minds about people in other countries and of other religions, and blasphemy-mania is regularly used to eliminate opponents. The world fears Pakistan, not just the Taliban.

We cannot expect the Pakistan Army to change all this. Only enlightened people can spread enlightened thought. Eliminating terrorism requires a long term effort aimed at removing hate education materials, assuring a fairer distribution of resources, improving the legal system, etc. But there will be no tomorrow unless the rapid advance of a ferocious and murderous enemy is stopped. We must acknowledge the sacrifices of soldiers and others who lay down their lives in this effort.