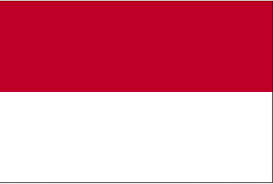 Indonesia, the world’s largest Muslim-majority country, is overwhelmingly Sunni. The Pew Research Centerestimated that in 2010 over 99 percent of the country’s 205 million Muslims were Sunni. Indonesia’s estimated one million Shiites are no strangers to discrimination, but human rights groups have recently reported attacks and forced conversions. Now, some radical Sunnis are out in public saying they want to eliminate “deviant” sects, and Shiites are rightly worried.

Tardjono Abu Muas is firebrand Islamic figure with a singular and terrifying goal — the dissolution of Shia Islam in Indonesia. “Shi’ism is a virus that can destroy Islamic teachings,” Tardjono, the head of the Anti-Shia Alliance, told VICE News. “[It] is deviant from the true teaching of Islam.”

Tardjono made headlines when he organized an April 20 meeting of the Anti-Shia Alliance in Bandung, the provincial capital of West Java — a hotbed of extremism in mostly moderate Indonesia. The thousands-strong meeting was a who’s who of the country’s radical Islamist underbelly. Masked men stood in the crowd with “Heresy Hunters” stenciled across their military jackets.

Local officials mingled with the paramilitary groups, including the staff of West Java’s Islamist Governor Ahmad Heryawan and Ahmad Cholil Ridwan, the head of the Indonesia Council of Ulema (MUI), Indonesia’s highest Islamic authority, who called for a “purge” of the country’s Shia minority. Tardjono claims the meeting had “nothing to do with politics,” but the alliance nonetheless has fueled a resurgence of Shia persecution ahead of July’s presidential elections.

In 2012 a riot in the town of Sampang in Madura, East Java, in which a group of Sunnis tore through a Shiite village, brought an international spotlight on Indonesia’s sectarian struggles. Two Shiites were reportedly killed in the conflict, and hundreds of others were forcibly displaced at a sports complex for months on end without adequate amounts of food or water.

The Sunni-Shia schism goes back to a dispute concerning the rightful heirs of the Prophet Muhammad’s Islamic caliphate. It’s a split that has given rise to centuries of bloodshed and divisions throughout the Muslim world. “As Islamic people, we feel that Allah’s law has been disturbed,” said Tardjono. “If they want to shout about their beliefs in the bathroom, that will be fine. But as they go out, we need to take action. Shia is not Islam.”

The issue has bubbled to the surface of Indonesian politics, pulling the country’s two major presidential candidates — the wildly popular Joko “Jokowi” Widodo of the Indonesian Democratic Party of Struggle (PDI-P), and Prabowo Subianto, the divisive former army general and founder of the Great Indonesia Movement Party (Gerindra) — into the fold. At the Anti-Shia Alliance gathering, Cholil encouraged the crowd to vote against Jokowi over rumors that he may appoint PDI-P cadre and prominent Shiite figure Jalaluddin Rakhmat as religious affairs minister.

“Don’t choose to abstain in the coming presidential election,” Cholil said. “It will pave the way for Jokowi to become the president. If he’s elected, Jalaluddin will be his religious affairs minister. Do you all want that?”

Andreas Harsono, an Indonesia researcher for Human Rights Watch, told VICE News that Jalaluddin’s alleged appointment is just meant to fan the flames of the anti-Shia movement. “It is a rumor — it’s anti-Shia campaign material,” he said. “Jalaluddin himself has explicitly said, ‘No, I will not be minister of religious affairs.’ He does not want to be the minister. It’s a smear campaign against Jokowi, including by Cholil Ridwan.” Jalaluddin since secured a seat in Indonesia’s parliament in April, garnering around 39,000 votes in the West Java regencies of Bandung and West Bandung.

But it’s not just the extreme Anti-Shia Alliance causing trouble. Gerindra, Prabowo’s Party, stirred up what many consider anti-Shia sentiment on its Twitter page. The nationalist party published a 50-page manifesto which, on page 40, contains a puzzling passage. While Gerindra acknowledges that Indonesia’s citizens have the right to freedom of religion, it states: “The Government must regulate freedom of religious expression or beliefs. The state is also required to ensure the purity of religions recognized by the state, and [protect against] defamation and misuse of religious teachings.” Many observers view the sentence on “purity” as a swipe at Indonesia’s embattled minority Muslim sects, including Shiite and Ahmadiyah Muslims.

The party was called out on its commitment to religious pluralism one day after the anti-Shia conference. One Twitter user named @DYDIMUS_IFFAT engaged Gerindra’s official Twitter handle in a conversation about its stance on Shia Islam. The administrator of the account again clarified its position on Shi’ism, Ahmadiyah Islam and to a certain extent Christians, even going so far as to suggest that Shiites and Ahmadis could be “spiritually cleansed” if they “are on the wrong path.”

“It’s a nightmare,” Emilia Renita, the head of the Shiite women’s group Ahlulbayt Organization for Social Support and Education, said of the tweets. “I don’t know their game, but we’re still observing it,” she told VICE News.

When contacted, Gerindra media center head Ariseno Ridwan at first denied the tweets were ever posted, but then back-peddled and insisted he could not discuss the matter. Gerindra spokesman Budi Purnomo and deputy chairman Fadli Zon did not respond to requests for comment.

Gerindra, a party started in 2008 as a political vehicle for Subianto’s presidential aspirations, has long been accused of maintaining ties to Islamist organizations. The party successfully wooed nearly every Islamic party in Indonesia, including the notoriously corrupt Prosperous Justice Party (PKS) and the United Development Party (PPP). The PPP led by the nation’s controversial Religious Affairs Minister Suryadharma Ali, a top government official who once pushed for the conversion of all Shiite Muslims as a solution to communal violence. Ali was named as a suspect in an alleged corruption scandal on Thursday. Only the moderate National Awakening Party (PKB), an Islamic-minded party committed to pluralism within its ranks, went with Widodo and the PDI-P.

Prabowo himself has a documented history of forging ties with Islamist groups while serving as the head of Indonesia’s feared Kopassus Special Forces — an arm of the military implicated in multiple human rights offenses, including the kidnapping and torture of pro-democracy student activists in the twilight of Suharto’s New Order. The former general is believed to have ties with organizations like the Dewan Dakwah Islamiyah Indonesia (DDII), a Wahabist think tank set up in Jakarta in 1967.“If you take a look at the history of Prabowo and Islamist organizations, they have been allies since the early 1990s,” said Andreas.

In his book Civil Islam: Muslims and Democratization in Indonesia, Professor Robert W. Hefner of Boston University details Prabowo’s connections to both Muslim leader Ahmad Sumargono’s Indonesian Committee for Solidarity with the Muslim World (KISDI) and the DDII ahead of the country’s reformation movement in 1998. “By mid-1996 both KISDI and the DDII had effectively allied themselves with the brash young general and with the regimist Muslim campaign against the prodemocracy movement,” he writes.

But the media savvy Prabowo also has a history of playing to the crowd, telling Indonesian labor unions that the country is being raped by foreign business owners and then telling Western reporters that the nation needs foreign investment.

And even Tardjono himself admits that his anti-Shia organization doesn’t represent the majority of Muslims in moderate Indonesia. “We can’t consider the alliance to represent Islamic people in Indonesia,” he said. “Those who joined the national Anti-Shia Alliance are committed to protecting Islamic teachings from Shia deviancy. This alliance, since the beginning, is obliged to tell the truth.”

For Harsono, the meeting represents an effective step in potentially making the Shia faith illegal nationwide. “I think it will increase pressure on the central government to officially ban Shia Islam, or certain activities of the Shia,” he said. “I think the pressure is effective.”

He points to a 2008 ban on proselytizing activities for the Ahmadiyah passed as a precursor. Adherents of the Ahmadiyah movement, founded in the 19thcentury in India, believe that Mirza Ghulam Ahmad was the Muslim messiah and mahdi (“guided one”). The decree ordered the Ahmadiyah community to “stop spreading interpretations and activities which deviate from the principal teachings of Islam.”

Shi’ism is already banned in two provinces: Aceh — whose regional autonomy has control over many aspects of its citizens’ religious practices — and East Java. More provinces may follow their lead. Renita sees this current wave of hate speech as a direct response from Islamist politicians to Jalaluddin’s electoral victory.

“After Jalaluddin managed to get into the House of Representatives, some Islamic parties suddenly realized that they’ve lost their stronghold in West Java,” she said.

But Renita remains positive that as long as Indonesia’s minority sects can manage to band together in the face of hardline intimidation, they can withstand growing intolerance and the government’s weak stance. “For Shiites, I believe that we’re getting stronger because of the pressure,” she said. “But we are not just thinking of ourselves. We also consider the Ahmadiyah, Christians and other religions… We can consolidate with other minority groups and strengthen our brotherhood. They’ll think twice if we can consolidate our power.”