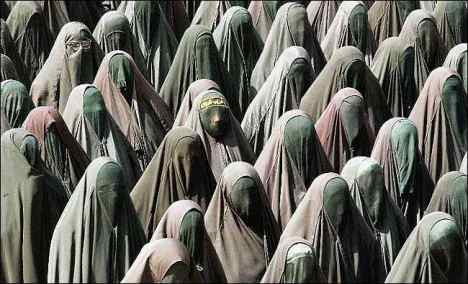 I am not competent to comment on Why anyone widely considered as the bearer of divine authority did or did not do something.

Apart from that, it is true that FGM existed and continues to persist in wide swathes of Muslim populations for which the Muslim men and their manipulation of religion can be rightly blamed. Men have always employed all means to exploit women and continue to do so in patriarchal societies in the name of religion, culture, customs, tribe, family and what not. However, I think Islam is not the right peg on which to hang the blame for FGM. It’s not a matter of Islamic law.

The practice started in Egypt centuries before the advent of Islam and then spread across Africa before it penetrated the Arabian Peninsula. Thus, it was an old custom which was not made unlawful by the Prophet of Islam. Why? As I said, I am not competent to comment. However, based on all historical evidence, it was certainly not encouraged by him as he did in the case of male circumcision which was a lot more prevalent in Arabia as an Abrahamic tradition.

Unlike my comment on slavery, many a day modern day Islamic authorities, including the Al-Azhar Supreme Council, have clearly ruled FGM having nothing at all to do with Islam. It has never been rife in Mecca and Medina in Saudi Arabia, Islam’s holiest cities, although there have been reports of it in that country, perhaps among immigrant communities. In South and Central Asia too it was never a perceptible practice. As you may have seen in your work, Christians from many of the countries where FGM is rife also insist that the tradition is mandated by their religion as well.

People often confuse traditions rooted in local culture with religious requirements. Another important thing in my view is that Islam protects a woman’s right to sexual enjoyment and health and if female circumcision violates those rights, automatically the practice would be considered forbidden. Since FGM has neither hygienic nor religious value, there is no justification for Muslims to engage in this painful and potentially harmful practice and it would be best to stop it completely.

Some claim that there are hadiths (sayings of the Prophet) that support circumcising a female but these hadiths are considered “weak,” which means they cannot be used to create an Islamic ruling based on the fact that it is not certain if they came from the Prophet. Another important matter to consider is that all these weak reports presented are the ones which instruct on how to do female circumcision and upon some of its attendant factors but there is no tradition in existence that reports that the Prophet saw, instructed, or commanded women to go and get circumcised.

Even the promoters of the idea do not put any such tradition forward in support of their assertion. The Qur’an, however, is silent in the matter but, in broader sense, does condemn anything that compromises the health of a person. One fundamental of the Islamic law is that what is not prohibited is allowed. This makes for a great deal of tolerance in the religious law. As a result of this tolerance many pre-Islamic practices were not immediately eradicated by Islam. However, with the changing times and emerging knowledge if the custodians of Islam fail to proscribe certain things like slavery and FGM then the tolerance of Islamic jurisprudence (which is how every successful religion has made inroads at the inception) is characterized as “backward.” That is the price to pay for intellectual inertia