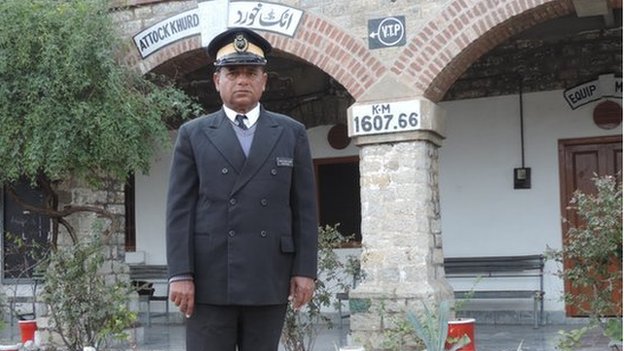 Shaukat Mehmood Hashmi works as the station master in an isolated part of north-western Pakistan. He says they get by with ancient technology – and hope for a bright future as a tourist attraction.

I was born in Mianwali district but live in Attock city on the border with Khyber Pakhtunkhwa (KP) province. It is clean and safe, and is located midway between Mianwali and Rawalpindi, my wife’s native city.

I ride a motorbike to Attock Khurd railway station where I work. It is located just across the Indus River that divides Khyber Pakhtunkhwa from Punjab.

The station, and the bridge over the river behind, has a strong flavour of history. Both were built in the late 19th Century, and both are only partially in use now.

I get up at dawn, take a bath, say my prayers and then have breakfast. The usual menu is a fried egg, a chapatti soaked in home-made ghee and a cup of tea.

I usually reach the station at 7.30am, half an hour before my duty begins. This is because I need to go through the records from the overnight duty assistant.

It is important to know the times of the last trains that passed in either direction, and to ascertain the location of trains that may be running late to determine what time they will arrive. 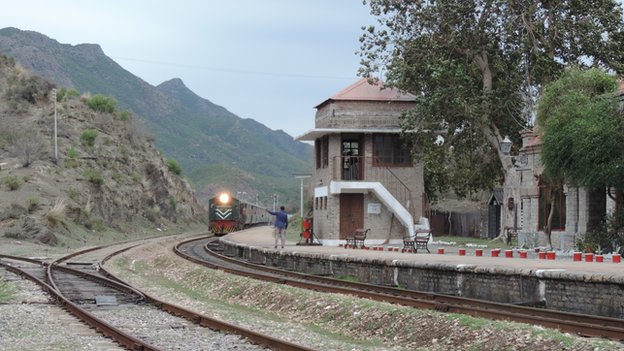 The station uses signalling technology that dates from the 19th Century

It is a small station. We have about 15 staff.

We regulate traffic on a single-track line, and this defines our work as well as the nature of the technology we use.

For example, we work with two block instruments that issue tokens that have to be handed manually to the drivers. The block phone connected to these instruments is my hotline to the two stations located on either side of us.

Each of these instruments is linked to one of those two stations. The Up station, located across the river in KP province, is Khairabad, while the Down station, close to Attock city in Punjab, is called Ronmian.

When an Up train is approaching Ronmian on its way to Peshawar, the station master there rings me up on the hotline and seeks my permission for the train to approach. If there is no Down train on my block section – the stretch of track between us and the two stations on either side – I give him permission. This I do by pressing a button on the block instrument which activates a similar instrument in Ronmian and releases a token. The station master at Ronmian delivers that token to the train driver as proof that he is safe to go.

I then ring up the station master at Khairabad to seek his permission for the train to approach. He releases a similar token on our second block instrument, which I then give to the train driver as my authority to proceed. 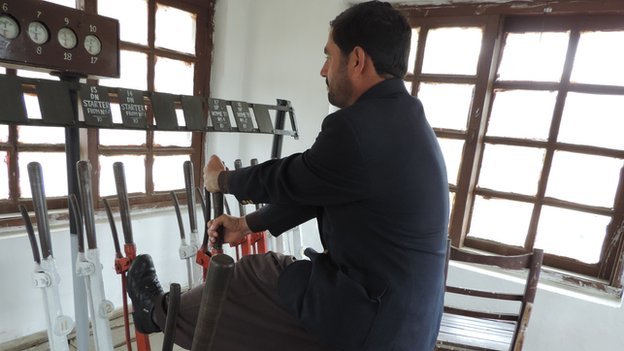 Directing the traffic on the one-line railway

The token is put in a pouch and attached to a hoop. The signalman holds the hoop out for the driver to collect. The driver tosses back to us the token he collected from Ronmian.

It is an old system, and has been replaced in many areas of Pakistan by systems such as automatic block signalling or electronic tokens.

I hear that in the West this system is increasingly confined to heritage railways. So in a way it suits us, because we ourselves are something of a tourist site-in-the-making.

Look at the inscriptions on these token block instruments. Both the machines were manufactured in 1923 by Saxby & Farmer (India) Ltd, a subsidiary of the London-based Westinghouse Brake & Saxby Signal Company, at their Entally Works in Calcutta.

The station building is even older. It was built by the British in 1884 at the eastern end of the historic Attock bridge, a rail and road bridge which was built four years earlier by a London-based firm called Westwood, Baillie & Company.

Recent financial problems forced Pakistan Railways to reduce the number of trains. This has left only two scheduled trains on our section, and none of them have a stopover here. We do handle one or two freight trains every day though.

The end of road-traffic on the bridge, and the dwindling train traffic at the station has turned this area into a quiet, secluded corner that attracts local picnickers.

It is a nice walk across the bridge, and onto our station. They come in small numbers, walk up and down the platform, take pictures and then leave.

The management of Pakistan Railways wants to turn this place into a tourist site that can generate income. During the last year or so, they have run half a dozen ‘safari’ trains bringing tourists from Peshawar and Rawalpindi. 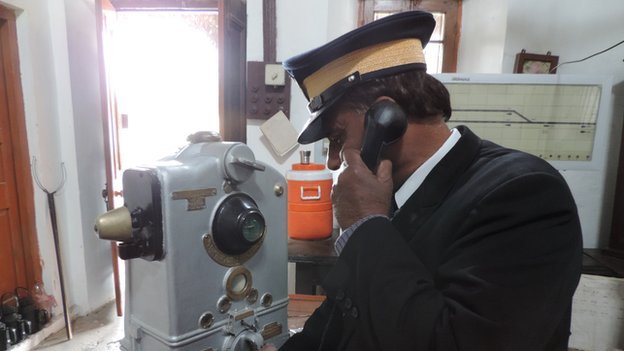 On the hotline to a neighbouring station

But that created a problem.

We don’t have water for drinking and washing. A water-well that the department dug some years ago has dried up, and there are no allocations for further drilling.

Every week or so, a railway engine tows a water tanker from Attock city which we store in an underground tank. We don’t have a motor to pump it into the pipeline. We pull it out in buckets which are often dirty.

Visitors are incensed when we tell them they cannot use our bathrooms because there is no water.

Besides, visitors who arrive in large numbers often leave behind rubbish which we are not adequately equipped to clean up. 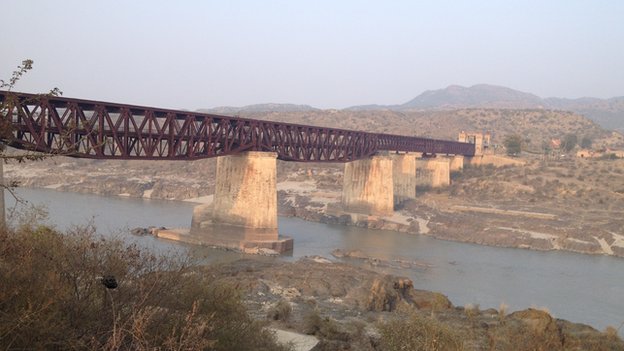 The bridge across the Indus is popular with visitors

It is also a constant struggle to keep our potted plants alive, especially in summer.

Lately, however, we have started keeping a visitor’s book, and a donation box. We are also looking for support from NGOs that are involved in providing drinking water.

At the management level, I understand the department is mulling a joint venture with the tourism department to develop proper tourism infrastructure here.

I am sure that someday this place is going to become an interesting tourist attraction – not just for Pakistanis but also foreigners.