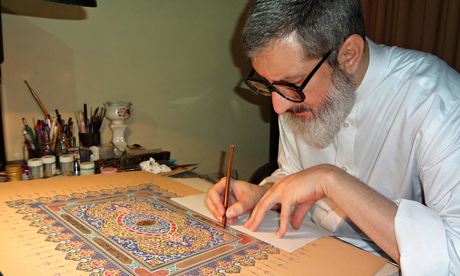 News from Iran has given me tremendous hope and optimism for peace between Iranians, regardless of faith and ethnicity. Ayatollah Abdol-Hamid Masoumi-Tehrani, a prominent imam and scholar, has taken a stand for coexistence with the country’s Baha’i minority. He has reminded us that Islam is a religion of peace that recognises diversity of every kind as part of God’s design for his creation. And it all came in the form of a gift – one which I am proud to endorse.

For many, Iran is synonymous with persecution and oppression. Iran’s authorities routinely target ethnic and religious minorities, human rights activists, journalists and intellectuals. And the case of the Baha’is is emblematic of these broader violations.

The Baha’is are Iran’s largest religious minority with 300,000 followers. For decades they have been arbitrarily detained, denied education and livelihood, harassed, vilified in the media, and executed. Hundreds were killed after the 1979 revolution. More than 130 Baha’is are currently in prison on false charges. Seven former leaders are serving 20-year jail terms, just for tending to the basic needs of their community. Baha’is have no legal protection as a minority because their faith is not recognised under the constitution. 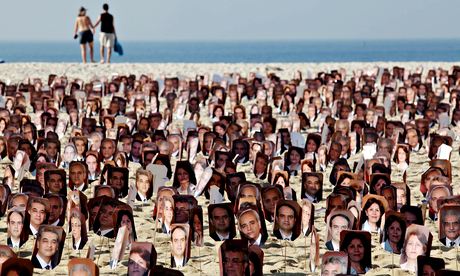 The faces of seven Baha’i leaders jailed in Iran are displayed in a protest on Copacabana beach in Rio. Photograph: Ana Carolina Fernandes/AFP/Getty ImagesSuch a violent backdrop makes Ayatollah Masoumi-Tehrani’s gift all the more remarkable. A trained calligrapher and painter, the ayatollah has produced a large illuminated work of art featuring passages from the writings of Baha’u’llah, the 19th-century founder of the Baha’i faith. “Consort with all religions with amity and concord, that they may inhale from you the sweet fragrance of God,” reads the inscription. “Beware lest amidst men the flame of foolish ignorance overpowers you.” Although I believe Islam is the religion chosen by God, I cannot reject such words.The ayatollah offered his gift as a “symbolic action to serve as a reminder of the importance of valuing human beings, of peaceful coexistence, of cooperation and mutual support, and avoidance of hatred, enmity and blind religious prejudice”. He has a long history of supporting peaceful coexistence between Muslims, Christians and Jews, including with illuminated calligraphic versions of the Qur’an, the Torah, the psalms, the New Testament, and the Book of Ezra.Ayatollah Masoumi-Tehrani has been repeatedly jailed for his efforts. Speaking directly to the Baha’is of Iran, he said, in giving his gift, that it is “an expression of sympathy and care from me and on behalf of all my open-minded fellow citizens”, to a community that has “suffered in manifold ways” the consequences of “blind religious prejudice”.

I am proud, as a Muslim and as an imam, to celebrate this enlightened gift, which has such immense spiritual significance. The faiths of the world should be united in promoting coexistence to advance human civilisation. Six thousand Baha’is live in the UK and I am proud to count many as my friends. The community is respected for promoting interfaith harmony. I am sure that Iranian Baha’is have the same hopes to serve their country and to live in peace.

Rowan Williams said the gift represents “a strand within the Islamic world at its best and most creative”. The bishop of Coventry, Christopher Cocksworth, called it “an imaginatively courageous step”.

The ayatollah has done something unprecedented in Iran. And he is part of a growing trend in that country; others have also championed the inalienable rights of all Iranian citizens. Islam has a history of defending minorities and protecting their religious rights and freedoms. On a recent visit to the Holy Land I was reminded of how this was most emphatically demonstrated by the Caliph Umar when he ruled in Jerusalem. He ensured the Church of the Holy Sepulchre remained a Christian place of worship. Ayatollah Masoumi-Tehrani shows us that Islam’s peaceful legacy is not just history: it must also be the future.