Editor’s note: Siraj Akbar writes a full artice on Iran’s border violations but makes no mention of systematic attacks on Iranian officials and Iranian Shias by Deobandi terrorists (various labels eg ASWJ-LeJ-Jundullah-JaishAlAdal) operating from Pakistan. Iran is not entirely blameless but those who abuse Iran on “border violations” in Balochistan or “hatred of Balochs” should also speak about Pakistani Deobandi terrorists’ attacks on Iran. 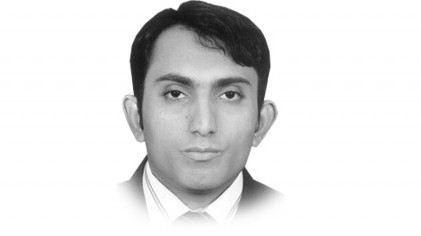 Tensions are brewing on Pakistan-Iran border in Balochistan. To explicitly explain the situation, on needs to borrow a term or two from the contemporary Pakistani political lexicon. The Iranians are violating our “sovereignty”. The Pakistanis routinely use the term “sovereignty” only to refer to the drone strikes launched by the United States. But there are two reasons why the Pakistani media does not report the violation of our sovereignty on the Pakistan-Iran border.

One, sovereignty, according to the Pakistani official narrative,  is something only a non-Muslim country such as the United States violates whereas Iran is an Islamic republic which cannot be involved in breaching the sovereignty of a brotherly Muslim country. Secondly, it indeed sounds absolutely ludicrous to call for Islamabad’s help considering the fact that Pakistan itself has been involved in violating people’s sovereignty in Balochistan for decades.

For the past one month, the Iranian security forces have been excessively firing rockets from their side on the bordering towns of Panjgur and Mashkil located in Pakistani Balochistan. The unprovoked cycle of rocket attacks has caused significant outrage as well as fear among the local population. While one rocket attack on November 25 killed a three-year old Baloch girl and injured her parents and two siblings in Kech district, another citizen, Nasir Ahmed, a resident of Paroom area in Panjgur district, was shot dead by the Iranian authorities on December 10th. Mr. Ahmed’s killing took place only a day after the Iranian security forces fired nine rockets on Mashkil town of Washuk  district while they shot another four rockets on Panjgur district. Local residents say the the attacks killed several goats and cows which are the primary source of livelihood for the poor Baloch families in the border areas.

Last week, when the Iranians fired four more rockets on Baloch towns, Mir Mujeeb-ur-Rehman, a member of the Balochistan Assembly from the frontier towns, described the attack as a ‘border violation’. He said that a memorandum had been shared both the Iranian Foreign Ministry and the embassy in Islamabad against previous such unprovoked rocket attacks.

On November 25, Balochistan Chief Minister Dr. Malik Baloch expressed his anguish over the Iranian aggression and repeated violation of the border. The head of the provincial government “condemned” the attacks and said he had raised the issue with Chaudhry Nisar Ali Khan, Pakistan’s Interior Minister.

Contrary to the Chief Minister’s condemnation of the Iranian aggression, Balochistan’s Interior Secretary, Akbar Hussain Durrani, ironically, has been insisting that the Iranians did not fire the rockets. Mr. Durrani may only be attempting to cover up the issue but the matter is rapidly getting so serious that even officials in his own department have begun to leak information to the media about the unfolding situation.

For example, Dawn, on December 9, 2013, quoted a Home Department official confirming that the Iranians had violated the border and fired rockets on 11 to 12 occasions within a month. The official added that the Iranian helicopters were also flying in Balochistan’s airspace. In the wake of these alarming activities, the Balochistan government, according to the same report published in Dawn, has written a letter to the National Crisis Management Cell while the Frontier Corps (F.C.), whose primary responsibility is to guard the border, has written a separate letter to the Interior Ministry.

Pakistan’s foreign office and relevant departments have not uttered a single word to protest the killing and terrorizing of the Baloch population by the Iranians. The federal government’s indifference is deeply disappointing but still understandable, as stated above, because Islamabad is known for killing, not protecting, the Baloch people within its own borders.

In the backdrop of absolute silence observed in Islamabad, one is compelled to agree with the assessment of the situation by the Baloch Republican Party. Headed by Switzerland-based pro-independence leader Nawabzada Bramdagh Bugti, the B.R.P. has alleged that Iran is carrying out these operations inside Balochistan with the support of Pakistan as a continuation of their longstanding anti-Baloch nexus.

“Iranian attacks on the Baloch population have become the order of the day,” charged the B.R.P. in its statement which also condemned the recent unfortunate incidents.

Pakistani Urdu columnist Saleem Safi may not even be acquainted with what Iran is doing inside Balochistan but his observations about Iran’s changing role in the region that he has mentioned in his column on December 10 in Daily Jang  merits attention. Mr. Safi, an ethnic Pashtun and an expert on Afghan affairs, predicted that Iran would follow an aggressive policy toward Pakistan as soon as it improves its relations with the United States. That time has not fully arrived but Iran’s behavior indicates that it has already started asserting its hegemony in the region.

As the Baloch expect little from Islamabad to come to their rescue from increasing attacks from the Iranians, we wish to remind Tehran that the world is fast changing and it’s become a different place. Therefore, it is the time for Tehran to give up its decades-old policy of suppressing the Baloch because of their race and (Sunni) religion.

While the Balochs on the Pakistani side are fighting a non-religious, nationalist, secular battle against Islamabad for a free land, Tehran should stay away from this battle as they do not pose a direct threat to Iran’s interests. We fear that the mistreatment of the Baloch on both sides of the border could possibly lead to an unprecedented alliance between the religiously motivated anti-Iran Sunni militant groups, such as the Jundullah, and the multiple left-wing Baloch armed groups operating inside Pakistan. Intensification of the existing conflicts will not serve anyone’s interests. Both Islamabad and Tehran should end their war against the Baloch and treat them as equal citizens instead of brutalizing them.