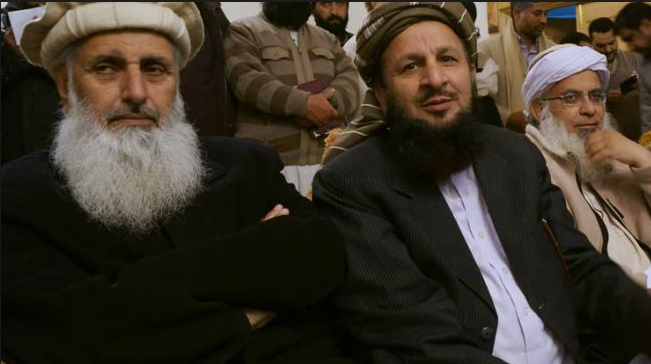 The thought of talking to terrorist entities always scares me because I am always afraid of the end results. Our governments past or present always had and still have the tendency of jumping into the fire unprepared. Lost Bangladesh in 1971 for the same reasons. But Bangladesh never concerned me as they never posed threat to people of Pakistan. They were separated in peaceful way. But when I come to see what government has planned for TTP scares me. Let us discuss the possibilities under which negotiations could end peacefully.

First Scenario: If we intend to forgive them for massacre of Pakistanis for their so called Shariah then in that case not only government, opposition but all the parties involved in negotiations will be directly answerable to the families of those who lost their lives for past 12 years. In that case they too will have the urge of revenge in their hearts and God knows they might even start the same kind of armed movement against government as TTP did. Furthermore, many more will rise and ask for forgiveness for those who are in jails for many years. Is government willing to decide their faith as well?

Second Scenario: if we intend to forgive those who will lay down their weapons and surrender and let them settle and roam freely in our societies then what. Since their brain has been filled with false information about Islam they will only turn towards madrisas or Masjids in which case they will preach what they have learnt over the years from Taliban. And soon government will have a mass movement against the state requesting similar Shariah as imposed by Taliban.

Third Scenario: if we intend to punish those who are responsible for the deaths of innocent people then what would we be negotiating for? Are we aware of those who have committed these atrocities in the name of Shariah? And the most important question is what will be the end result?

Hence the final option will be none other than operation. Right now the situation seems very weak for Government and Army. Similar negotiations were conducted in Sri Lanka as well but the government had a very strong stance over the well being of the population of Sri Lanka. The question would be who is responsible for the welfare of Pakistani Nation. Already 3 attacks in the first month of negotiations. Yet government is being diplomatic about the whole issue. We should stand strong in front of TTP or we will suffer from such movements until Pakistani is fully destroyed. It’s not for the government to decide what should be done in the best interest of people of Pakistan as for past 7 years we have seen the incapability of government to decide. People of Pakistan should stand united with Army and support fully fledged operation. This is the only solution for a safer Pakistan.