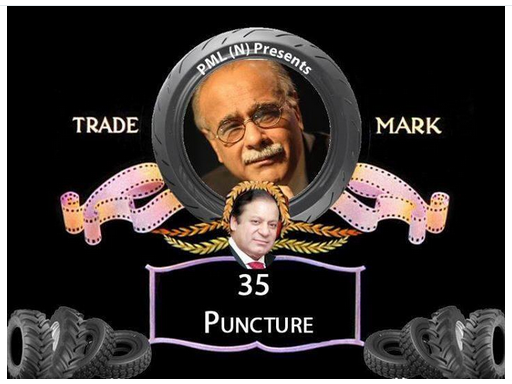 Nawaz Sharif’s nepotism and corruption in favour of Najam Sethi and Jang Group is once again confirmed.

Nawaz Sharif has gifted the lucrative Pakistan Circket Board (PCB) to his preferred media group (Jang Group) toady, Najam Sethi for services rendered before, during and after elections.

We have written on this before but the removal of a professional like Zaka Ashraf with solid cricket administration skills and a very successful track road is yet another example of nepotism and corruption by Nawaz Sharif.

Najam Sethi has no cricketing experience. His biggest past time is regurgitating ISI gossip in his typical pompous and chauvinistic tone. His typical method is venom for PPP, abuse for PTI and a soft corner for PML N and Pakistan army.

Indeed, Sethi has to offer explanation for the 35-puncture scandal, rigging in elections, that he and his team of liberstyle liberals including Nadeem Paracha, Ejaz Haider, Beena Sarwar, Raza Rumi and Hamid Mir are trying to hide or ignore.

Of course, Sethi’s fake liberal puppies will never explain that one of the stated reasons for Zaka Ashraf’s dismissal was that he isolated Pakistan in the Big 3 decision. However, a recent report by BBC Urdu explains that it was Najam Sethi, not Zaka Ashraf, who represented Pakistan in that meeting and that it was Sethi who remained completely inactive and quiet on this issue when he was intermic chief of PCB. There’s high possibility that Sethi received kickback from India or UK to ensure smooth passing of the Big-3 structure. However, Zaka Ashraf was made a scapegoat for Sethi’s corruption and inefficiencies. 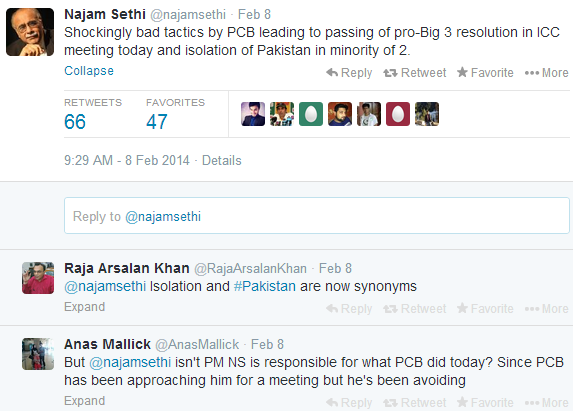 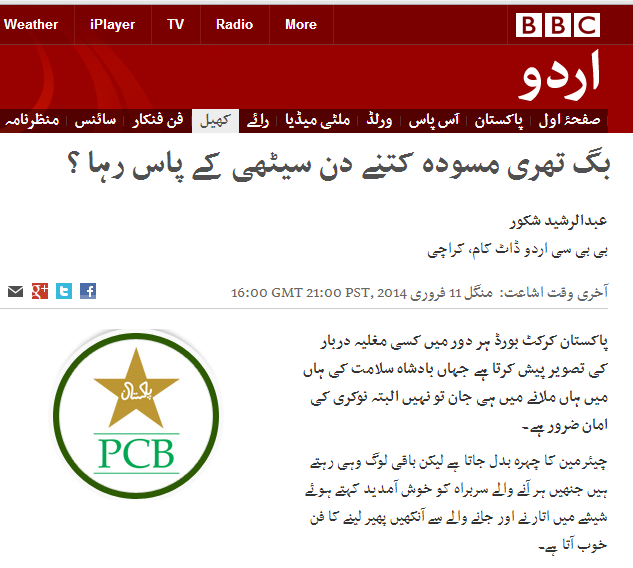 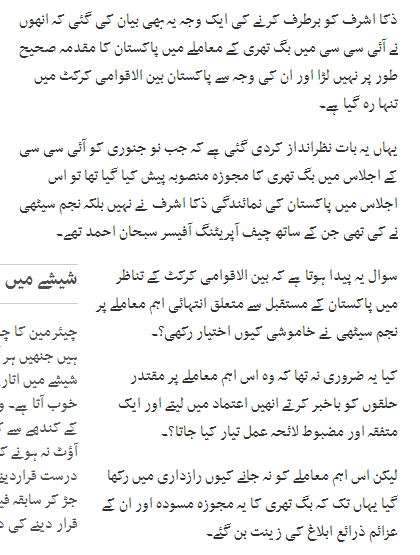 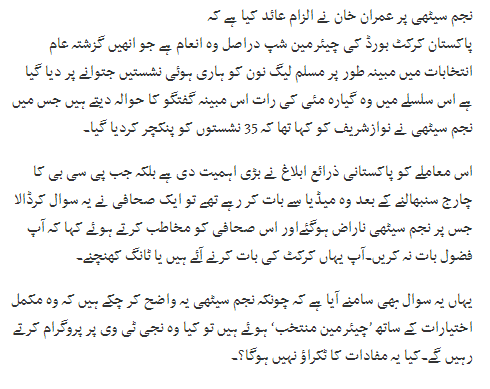 “When the election tribunal rules on them we will know… who fixed the puncture and who was rewarded with the gift of the PCB chairmanship,” Imran Khan told reporters.

“Fixing the punctures” refers to election rigging allegations. 35 punctures is a term used for alleged rigging in 35 constituencies facilitated by caretaker CM Najam Sethi during 11 May elections 2013 for which PTI has a proof. Najam Sethi also released 100 Deobandi terrorists of ASWJ (Sipah-e-Sahaba) who are killing innocent Sunni Barelvis and Shias across Pakistan.

Imran Khan also questioned whether Sethi, who is best known as the editor of the liberal Friday Times weekly newspaper, had enough cricketing knowledge for the post. (Dawn) 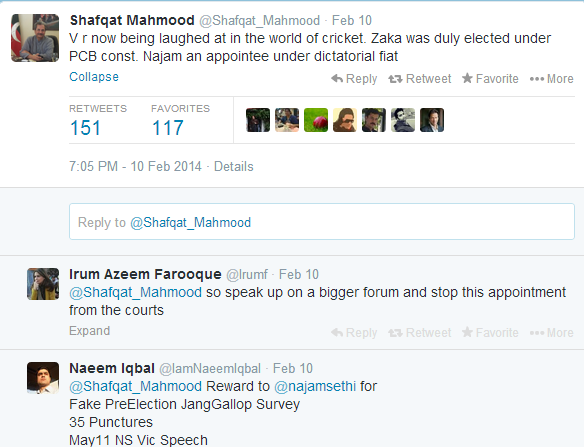 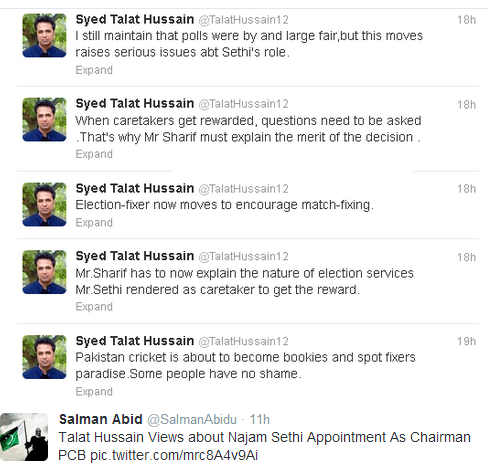 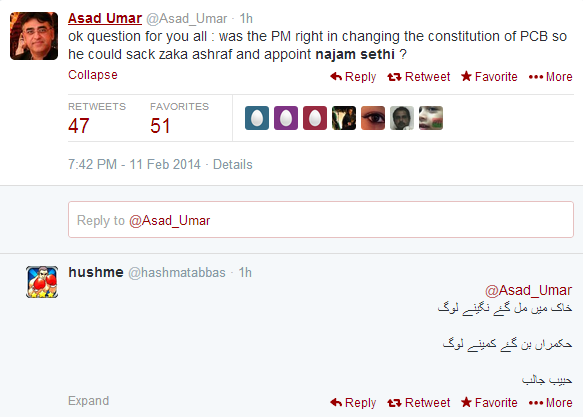 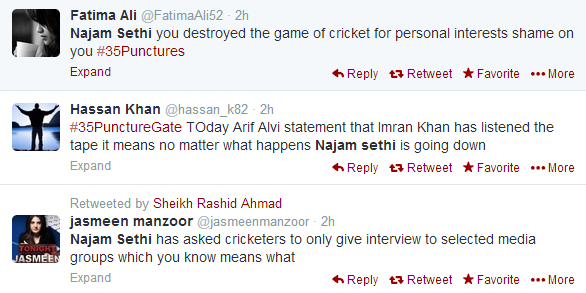 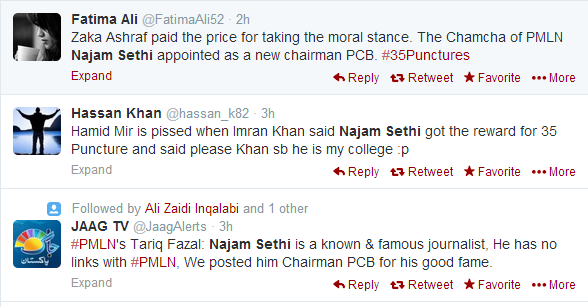 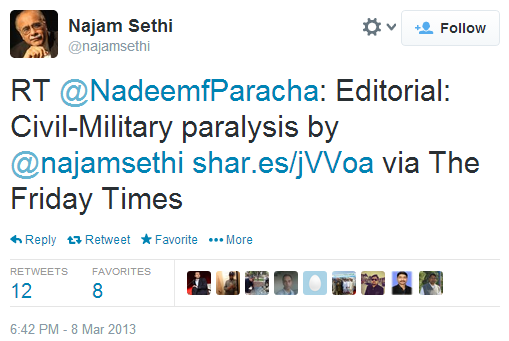 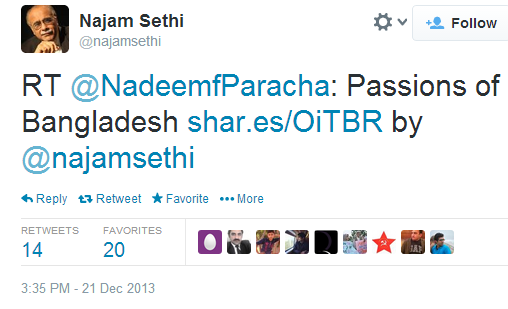 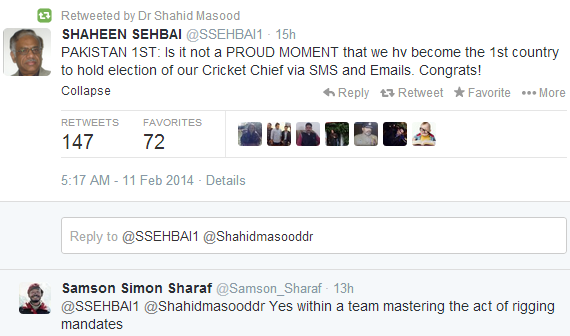 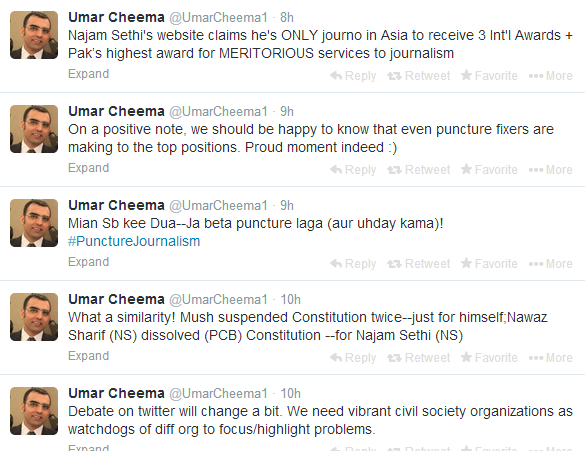 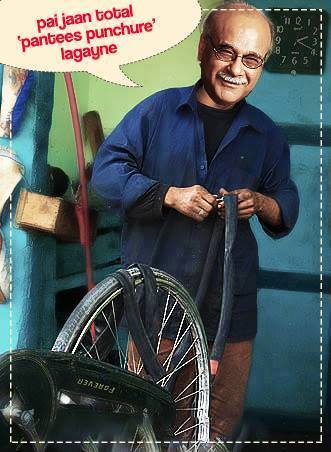 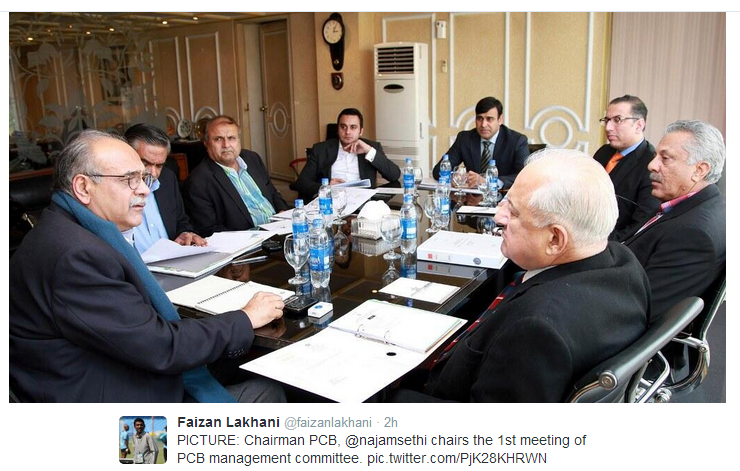