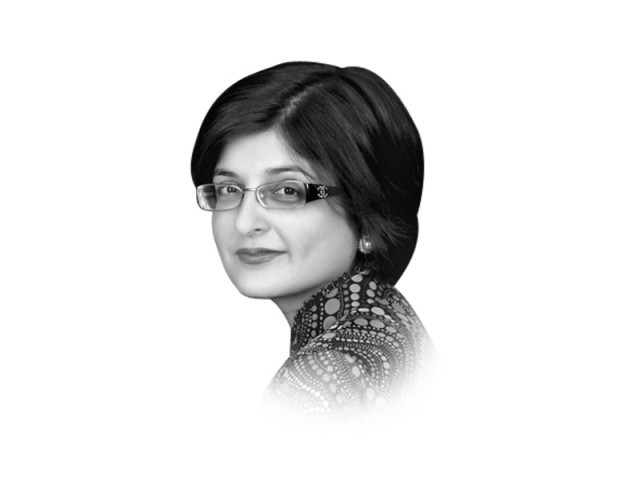 BBC-Radio- A few assertions are there that the Pakistani Talibans are going to be back to these talks?

And latest moment possible the Prime Minister Nawaz Sharif names four people, none of whom a government officials, none of whom a politicians so basically with all due respect to the two journalists named, the former intelligence person named etc this was not the level that the Pakistan should have a put forward to talk with.Secondly how can we be having peace talks when the writ of the state is under attack every single day.

That hotel you talked about in Peshawar- is hotel where Shia Muslims particularly from FATA stay in when they come to the settled areas of Khyber Pakhtoonkhwa, that was another clear attack on the Shia Muslims of Pakistan. Secondly the Talibans want Sharia-law and they also want release of all of their prisoners in Pakistani prisons so basically we at the moment with these people who even don’t accept the constitution of Pakistan –so there is no base for the talks.

Interestingly that now the so-called Pakistani negotiators are saying that they not clear with what the Taliban wanted in depth that is why they didn’t go forward, and in last day o two they would come and saying that the Pakistan had not told them that how much powers they had in what exactly the government wanted to achieve from these talks. So this is all seemed either extremely confused or badly planned or what I suspect is.

That ultimately the problem was that Prime Minister Nawaz Sharrif is happy to deal with the Taliban in every province except his own of Punjab about which there is a known fact that the province has many militants Madrassas. And there has been a quiet deal between Mr.Nawaz Sharrif’s party and parties like the Lashkar-e-Jhangvi and the Pakistani Taliban, and that is why they don’t attack alone Punjab, the Punjabi institutions and the people of Punjab unlike what they do in the other provinces of Pakistan like we saw today attack in Peshawar, we see every day in Karachi, we see with the Hazara shia killings in Baluchistan. They have veins in all other provinces.

BBC- You are accusing the prime minister of Pakistan about working against the best interests of the rest of the country.

Ms Ispahani- Well I believe that the election mandate was secured in term of one province and that is been problem that we have seen. I am not certainly accusing him, I am saying this from the analysis that I have been reading and this is what I summarized. The second problem is that the Pakistani Military does want to have a campaign against the Pakistani Taliban but their issue is that they don’t want the other Taliban groups like the Haqqani Network and the Afghan Taliban to come in conflict with them because they have long harbored them.

Because after the US and NATO Forces leave Afghanistan and later they are still harboring their old hopes of greater strategic depth in Afghanistan. And this is I believe one of the reasons that the Afghan President Karzai have been quickly speaking to Aghan Taliban himself because he wants to have them on his own side, no longer be associated and attached with and do abetting the Pakistani intelligence services and establishment.