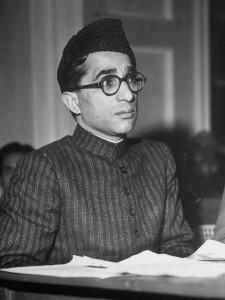 After the creation of the dominion of Pakistan on Aug 15, 1947, within a short span, the secular and liberal elements in the Muslim League gradually lost the battle for a progressive and modern Pakistan, while the delusional right-wingers, playing with the religious sentiments of the common man, won the day. One man who stands out more than the others in his quest for transforming the newly formed state into a modern, democratic and secular society was Mian Iftekharuddin. He was also an advocate of an independent foreign policy and civil liberties, for which he struggled throughout his life. Mian Iftekharuddin was born to the famous Mian family of Lahore on April 8, 1907.

Although belonging to an affluent family of Lahore, he was a committed leftist and was to fight for the rights of the have not’s. Iftekharuddin joined the Indian National Congress in 1936 and was elected to the Punjab Assembly in 1937.He remained President of Punjab Provincial Congress from 1940 till 1945.He also opposed the Lahore Resolution in 1940, while attending the ‘Azad Muslim Conference’ of April, 1940. 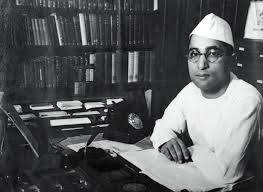 The Conference declared that ‘India was the common homeland of people from different religions and any attempt at disrupting the unity of its spirit is a betrayal of the history of a thousand years.’ However, he had a change of heart and by 1942 he was supporting the Muslim League in its demand for secession. In the Congress Committee meeting on May 2, 1942, only 15 members supported the motion for a separate Muslim homeland and Iftekharuddin was one of them. On September 30, 1945,he left Congress and joined Muslim League.

After being elected to the Punjab Assembly, he led the civil disobedience movement against the government of the Unionist Khizar Hayat. Since no newspaper was effectively representing the Muslim viewpoint, therefore, in May 1946, Progressive Papers Ltd. (PPL) was set up with seven directors: Nawab Iftekhar Mamdot, Mian Mumtaz Daultana, Sardar Shaukat Hayat, Rafi Butt, S.A. Latif, Amir Hussain Shah and Mian Iftikharuddin as its managing director; being the largest shareholder. 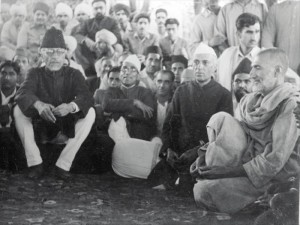 The PPL published the Pakistan Times, with Faiz Ahmed Faiz as its editor, who in his editorials envisioned Pakistan as a secular/democratic state. The daily Imroze came out later. Ahmed Nadeem Qasmi and Chiragh Hasan Hasrat acted as its editors. The progressive weekly Lail-o-Nihar was also a publication of the same group that hit the stalls in 1957.The famous leftist scholar Syed Sibt-e-Hasan was its editor.

On September 18, 1947, Jinnah appointed Mian Iftekharuddin as Minister for the Rehabilitation of Refugees, a task he performed with complete dedication and effect. He supported land reforms and strongly held the view that people should be allotted evacuee property as per their needs and not as much as they had left behind in India. His idea was that by making a rich refugee richer and a poor refuge poorer in the newly created state would never lead to realization of the cause of social justice and equality. However, he was opposed tooth and nail by those who were to be the beneficiaries; dejected and disillusioned he resigned as Minister.

When in 1951 he made some speeches on the floor of the house against Public Security and Safety Ordinance, which sought curtailment of civil liberties, he was expelled from the Muslim League. After his expulsion from Muslim League, he formed his own party in early fifties by the name of’ ‘Azad Pakistan Party’, which also had a communist cell within it. This party was penetrating within labor organizations, trade unions and peasant associations, undermining the feudal social structure of the society. The liberal /secular party supported a non–aligned foreign policy and extraction from defense treaties like SEATO and Baghdad Pact of which Pakistan was a signatory.

The increasing foreign policy tilt towards the US sidelined leftists like Mian Iftekharuddin. Later, the Azad Pakistan Party dissolved itself into the newly-formed National Awami party (NAP). The assembly, in the early 50’s, in effect, was a rubber stamp. The level of foreign intervention in our internal affairs was so pervasive that on March 11, 1957, the US Ambassasor Horace A. Hildreth, publicly criticized Iftikharuddin for his ‘anti-American speeches in the National Assembly’. Iftekharuddin was also the only voice in the ruling Muslim League who had opposed the ‘Objectives Resolution’ in 1949. 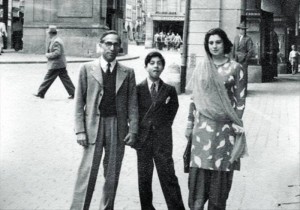 In 1953 he also regretted that army was called in to control anti-Ahamdi riots. He predicted military intervention into politics as an unwanted precedence had already been set. Iftekharuddin continued to struggle for a secular democracy and openly challenged the dissolution of the Constituent Assembly by Governor General Ghulam Mohammad. He also opposed the One-Unit Scheme and even had strong reservations about the 1956 Constitution of Pakistan.

He was also a founding member of the National Awami Party (NAP) and continued his political struggle until 1958 when Ayub Khan abrogated the 1956 Constitution and imposed martial law. However, the ‘Pakistan Times’ was also to suffer the same fate as that of Pakistan. In the spring of 1959, Progressive Papers Limited, the publishers of Pakistan Times was taken over under the Security Act by the government and Qudratullah Shahab, the Information Secretary; a right-wing obscurantist was appointed as its editor.

He wrote an editorial titled ‘The New Leaf’ for the next day’s paper, and made it sound like a confession of guilt. The PPL was accused of receiving ‘policy guidance and financial assistance’ from foreign sources and ‘endangering the security of Pakistan’ by subversion. He died a broken man on June 6, 1962. However, as we cross the canal bridge near Punjab University’s New Campus, Lahore, moving towards Garden Town, on our right we find Sohail Iftekhar Research Center.

Mian Iftekharuddin built this institute in the memory of his son who died young. Although washed away from our history books and official texts, this is the only memorial which reminds us of a man, ahead of his times, a secular liberal visionary excluded from our list of heroes.