Karachi: Bilawal Bhutto Zardari, leader of the Pakistan People’s Party, has appointed a Hindu ‘untouchable’ as his adviser, an unprecedented office for a low caste Hindu in this conservative society.

The patron-in-chief of the PPP has appointed six other PPP activists as advisers who would brief the leader on their respective fields, while Valasai would keep the leader abreast on minorities issues in Pakistan.

“My appointment as adviser to the patron-in-chief came as a surprise to me as I had never expected such a huge responsibility,” Valasai said.

Pakistan lists 40 scheduled castes and tribes including Bheel, Bagri, Balmeke and Menghwar and its constitution guarantees equality among all citizens and disapproves any discrimination on the basis of caste, creed or religion.

However, the equality is not practised on the ground and minorities, especially the scheduled castes, face highly discriminatory behaviour.

Valasai, the son of a poor mason, had to quit his studies for a mass communication qualification midway and started working as proof reader for English daily Sindh Express in 1990. He later became a reporter at the newspaper.

After joining PPP Media Cell in 1997 at Bilawal House, Valasai worked closely with former Prime Minister Benazir Bhutto and would update her on the news covered in Sindhi, Urdu and English newspapers.

Valasai said that Bilawal had a loving heart and mind for the weak and oppressed members of the society, especially minorities.

In Christmas wishes to the minority Christians in Pakistan, Bilawal tweeted: “I want to see a Christian PM [prime minister] in Pakistan in my lifetime.”

Pakistan’s constitution allows only a Muslim to hold the office of prime minister and president in the country. 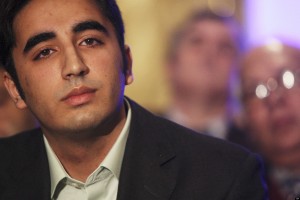