The conflict between Iran and Israel is thought of as being one of those unsolvable Middle Eastern conflicts that dates back to days of Isaac and Ismael. However, in the case of Iran and Israel, nothing can be further from the truth. Trita Parsi demonstrates this very well in his Ted talk on Iran and Israel.

He starts off by quoting the Israeli Prime Minister Rabin, who famously said, “Iran is Israel’s best friend.” Rabin made this statement in 1987, when Ayatollah Khomeini was ruling over Iran from its capital city. Rabin’s statement was a result of decades of intelligence collaboration between the two states. The relationship between these two countries at the time can be accredited to the old saying “The enemy of my enemy is my friend.” Both of the states feared the Soviet Union and strong Arab states such as Egypt and Iraq.

Another factor contributing to the stable relationship between the two countries at the time was the Israeli doctrine of the periphery. The idea was that Israel’s safety would be assured by making alliances with the non-Arab states in the periphery of the region. Iran, being a Persian state, and also being in the periphery, was seen as a perfect ally.

In spite of the clear Ideological differences between the new Iranian Regime and Israel, the geopolitical logic between the two states lived on due to the common enemies they had. For example, when Iraq invaded Iran in 1980, Israel actively helped Iran by supplying the Iranian military with spare parts for its American weaponry. This was all done in violation of an American arms embargo that had been placed on Iran. In fact, in 1980, it was Israel that lobbied Washington not to demonize Iran and to sell arms to Iran and to turn a blind eye to Iran’s anti-Israeli ideology.

Emerging as two of the most powerful nations in the region after the war, Iran and Israel began to view each other as rivals. Seeing Iran now as a potential threat, the once helpful Israel now began to lobby Washington to make sure that peace was not made between Iran and the United States. Ironically, at this point Iran was more focused on making peace with the United States than destroying Israel. Having helped the US indirectly by defeating Iraq, the Iranians hoped that they would be included in the security measures taken after the war by the United States.
Unfortunately, Washington chose to ignore Iran’s outreach and instead moved to isolate Iran even further. It was about a decade later in 1993 when Iran really began to translate its anti-Israeli ideology into practical policy. The Iranians now believed that no matter what they did, the United States would continue to seek Iran’s isolation and Iran believed that only by coercion could they make sure that Washington would change its actions against Iran. This is why the Iranians began to target the peace process. It was now that Iran began supporting Palestinian Islamist groups that it had previously shunned. Iran was not wrong in doing so as the Clinton administration stated that “The Iranians had an interest to do us in on the peace process in order to defeat our policy of containment.” Washington believed that the more peace there was between Israel and Palestine, the more isolated Iran would become, and vice versa.

However, even through all this, all sides have made multiple attempts to reach out to each other. Netanyahu reached out to Tehran in 1996 to see if the doctrine of the periphery could be resurrected. Unfortunately, the Iranians were not interested. In the next decade, the Iranians sent a peace proposal to the Bush administration. The Bush administration did not even bother to respond. However, this only proves that the conflict is not an ideological conflict but a geopolitical one. This means that there is still hope for peace. 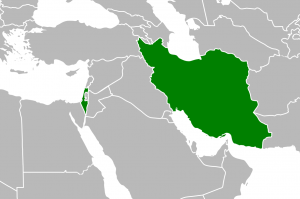