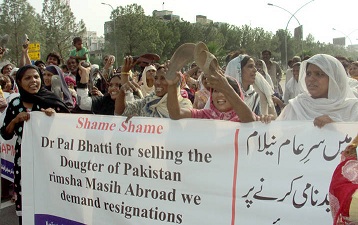 In third world countries where public is a victim of different problems there minorities have to face extra ordinary torment and in such discriminative environment fundamental rights are unachievable. In such circumstances, somehow any leader arises and takes the responsibility to fight for the rights of minorities and equal status.

In the history of Pakistan one name of such a great leader is written in golden words. Everyone is familiar to that name “Shahbaz Bhatti martyred” Founder and Chairman of All Pakistan Minorities Alliance (APMA). After a long struggles and hardships he managed to achieve 5% quota in Govt. jobs, Representation of minorities in senate and declaration of 11th August as minority’s day in Pakistan. Later on he died in this war of minority’s fundamental rights.

To continue the movement of Shahbaz Bhatti Shaheed workers and central executive committee C.E.C decided to appoint Dr. Paul Bhatti elder brother of Shahbaz Bhatti as a new chairman of APMA. APMA’s workers assumed that movement will stand steadily and keep fighting for the voiceless minorities and hoped that every single blood drop of their cherished leader will strengthen the party but under the possession of new chairman merely strengthen himself. He was living his luxurious life in Italy. He has no idea of politics and didn’t realize the ventures, struggles and hardships of his younger brother that has had made for minorities. Shahbaz Bhatti Shaheed has organized largest party for minorities across the country and proved him as a great leader. He sacrificed his life for his cause and mission for the sake of betterment of his nation. Impossible to find an example of such kind of leader in the history of Pakistan. 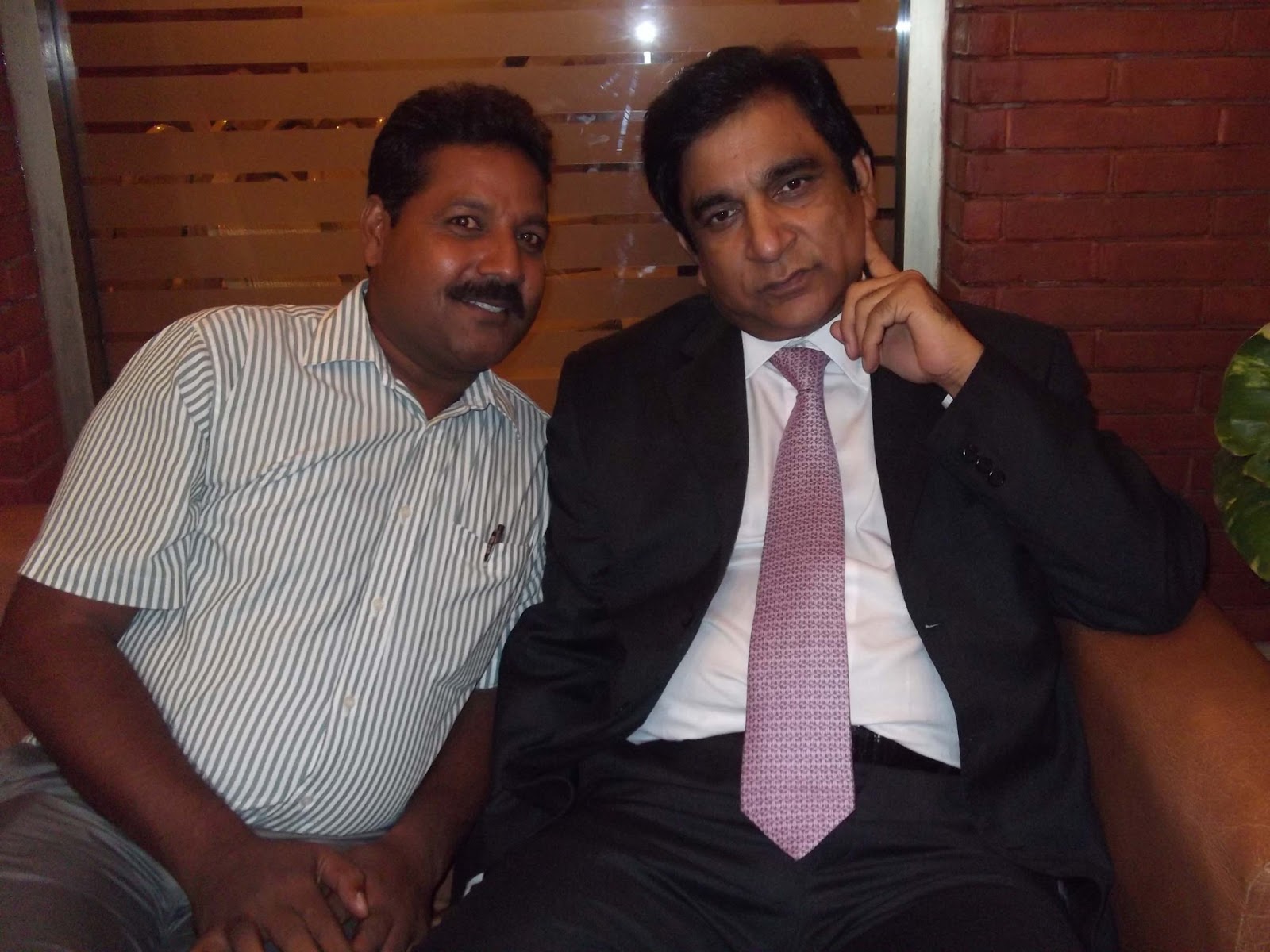 The dark night started for minorities when new chairman got the command of APMA. Rather than serving his people he considered himself as a king of this huge empire. He has made no efforts achieve such a position where people risk everything to get such an honorable place. It was like a sweet dish for him. After the martyrdom of Shahbaz Bhatti workers of APMA launched protests and condemned the brutal killing of their beloved leader under the leaderships of new chairman. After couple of days, God knows how, warm blood turned into a cold blood, protests and rallies stopped. Blood of Shahbaz Bhatti Shaheed couldn’t be fruitful to his nation but for his brother it worked and turned him into a minister.

In my opinion wisdom has no link with age or education it comes with experience or its God gifted. Every person can’t be a doctor likewise any doctor can’t be a leader. To become a doctor one must have good memory but to become a leader one must have Great Wisdom, unfortunately he was lacking of such a great ability. He gathered a bunch of smarmy people around him replacing all loyal and trust worthy people who where the pride of Shahbaz Bhatti, who were actually the back bone of APMA. I’ve learned that Dr. Paul Bhatti was a very famous surgeon in Italy. Recently, he has done a wicked surgery with assistance of his bunch of ignorant smarmy team. His life time greatest surgery, never ever heard or seen before taken to the new extreme. He has taken out the back bone of APMA. Since that time APMA is on ventilator. Helpless and hopeless eyes questioning to those who were responsible to appoint him as a new chairman. I’ve no need to explain the mistakes and wrong decisions done by him because its like an open book. For example is it prior to be a chairman of any party or to be a Member National Assembly (MNA)? Mr. Chairman has resigned from chairmanship to become MNA. Which was left, destroyed properly. Its a moment of grief and sadness for us that Movement of Shaheed-e-Haq has been made paralyzed and put it on the bed. Now million dollars fund can be raised in the name of APMA but it can’t be raised again. Who’s inventor sacrificed himself to save this movement and its mission.

Pillars in building and back bone in a body plays important role, if these are destroyed then everything collapse. Same is the case with movement of Shahbaz Bhatti Shaheed. APMA is on ventilator because its back bone is broken down. As I’m an investigative journalist so I’ve decided to search for those who were actually the back bone of APMA. My quest started and I’ve found couple of names. But one name has got the higher rank above all Mr. Tahir Naveed Chuadhry Advocate former MPA Punjab. According to people, he is the one who can accomplish the undone business, mission of Shaheed-e-Haq. I’ve already met him during the Rimsha Masih Blasphemy case as he was the appointed lawyer to that case. To get acquaintance by his views I’ve met him again. A very humble, ingenious, down to earth and possession of leader like personality. Love for community is his passion. His roots are in public. During the conversation, he told me about the struggles of days and nights under the leadership of Shahbaz Bhatti Shaheed and because of his abilities, struggles and commitment to the party’s mission, he was rewarded as Member Provincial Assembly (MPA). But after the brutal killing of Shahbaz Bhatti every loyal, faithful and trustworthy workers have been replaced by some group of ignorant. Those workers who were considered as the pillars of movement, who were the pride of Shahbaz Bhatti, got eliminated from the main stream by the new chairman. But he didn’t resign from the party and thought that may be some day chairman might act with discretion. But all his hopes were drowned when assistant lawyer of Rimsha Masih Blasphemy case held a press conference upon the orders of chairman, in which they stated that Mr. Tahir Naveed Ch is not and was not the lawyer of Rimsha Masih Blasphemy case. I was astonished to hear that because when I’ve met someone to get the details of this case, the concerned person was not other than Mr. Tahir Naveed Ch. Anyways media can’t attest this ridiculous press conference. No doubt, Tahir Naveed Ch. has a great wisdom, possesses extra ordinary abilities and thoughts. When he saw the blood of his beloved leader is going in vain, his eyes became wet; he wiped his tears and said, “I am alive yet. I’ll not let his great sacrifice gone in vain. Shaheed-e-Haq’s movement is priceless necklace of pearls, a crown for the head of minorities and until I’ve last drop of blood and last breath in my body, I’ll protect the cause, mission and vision of my great leader. Nobody from the outside is allowed to rob or steel this asset. If I can’t protect my leader’s movement then how can i protect minorities?”

Tahir Naveed Ch. has devoted his life to continue the mission of Shaheed-e-Haq and people also have faith in him. On the emphatic appeal of people they decided to continue this war against persecution of minorities and achievement of equal rights from the platform of Pakistan Minorities Alliance (PMA) under the leadership of Tahir Naveed Ch.

Back bone of APMA is broken due to wrong policies of a non political chairman. But on the other hand Tahir Naveed Ch is a rising star and remaining hope for minorities in Pakistan. He is a dedicated leader and the People’s choice as his roots are in public thats why success is his fate. After the martyrdom of Shahbaz Bhatti it seems like a huge gap occurred and no one can fill this space but I’ve analyzed that Tahir Naveed Ch has capability to fill up this space and the dark night can be changed into a bright sunny day under his leadership. APMA’s members are rapidly joining PMA. A journey from APMA to PMA might not be delightful due the affection of Shahbaz Bhatti Shaheed but its not hopeless.