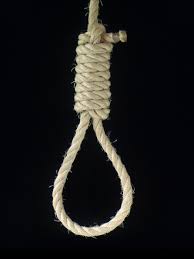 After ten years without hangings, death penalty will be no longer be acceptable to the people of Pakistan.

Nawaz government has extended the ban on death penalty for an indefinite period (Dawn, 4 Oct 2013). If there are no hangings for ten years, then it is highly unlikely that they will ever be restarted. This is a remarkable case of positive feedback. The ban was initially started by Zardari as a personal decision based on his idea of human rights. PML-N tried to restart hangings but found that the public was not very interested in it, but Taliban were strongly opposed to it. There was also some pressure from European Union since death penalty has been banned in Europe.
Hopefully, after ten years, ordinary Pakistanis will consider hanging to be as cruel as whipping, stoning and amputations. Putting someone in prison for life imprisonment is severe enough. After twenty years in jail, the person will be too old and outdated to commit serious crime. And if few of them again do something serious, then we can send them to jail again, hopefully till the end of their lives.
People will also realize that death penalty is not necessary to establish safety and security. What is actually needed to protect the general public is good police work and fair judiciary. Things like finger printing, security cameras, ID card checking, control of mobile SIM sale, reducing cash and promoting debit cards make it very difficult to hide a criminal person or his black money. Of course if we can help in ending the wars in Afghanistan and Kashmir instead of promoting them, and convert Tribal Areas into settled areas, then we will see a huge fall in weapons and crimes all over the country.
But for the moment, let us celebrate a small but important step that Pakistan has taken in moving towards Humanity. Unnecessary cruelty, even in the name of nation or religion, is still cruelty.