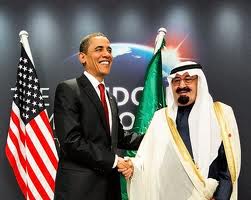 For several decades, American media, think tanks and government officials have viewed Saudi Arabia as one of the most important allies in the Middle East although the two countries share no true common values and strategic interests.

The United States and Saudi Arabia are locked in an “alliance” that is straining both parties and has no real substance besides energy, a factor that’s becoming less important with the shale oil boom in the United States. The United States must ultimately make a choice between the perception of securing oil for its economy or attempting to stabilize the Middle East region, which seems to be plagued by non-ending violence.

Indeed, this odd marriage between an absolute monarchy and a free republic has stood the test of time, despite the fact that the 9/11 attacks were largely carried out by Saudi nationals. But this might change soon. The Saudi monarchy has repeatedly undermined U.S. policies in Iraq, Afghanistan, Egypt and other countries. Over the past few years, the Saudis have orchestrated brash interventions in other countries and have supported violent groups with anti-U.S. interests.

A common misconception among American policymakers is that the Saudis are adamantly anti-terrorism and effectively curb extremism through internal departments, and thus are the best hope for fighting terrorism in the region. However, upon further investigation, Saudi Arabia willingly or unwillingly, depending on whom you ask, has provided much of the financing, manpower, and ideology for building up Al Qaeda and other terrorist groups. Thousands of Saudis have been killed fighting alongside Al Qaeda in Iraq and Syria. And Saudi Arabia has turned a blind eye to the exponential growth of Al Qaeda along the southern border of Yemen.

Simultaneously, the Saudi’s have pledged billions of dollars to undermine the emergence of a successful Arab Spring outcome in Egypt, Tunisa and Yemen. If the United States aims to stabilize the Middle East, it must support the emergence of governments that are somewhat democratic, but that is exactly what the Saudi monarchy loathes and is spending billions of dollars to prevent. In a nutshell, with the existence of the Saudi monarchy, the prospect for democracy in the Middle East, especially in the Gulf countries, is nearly impossible