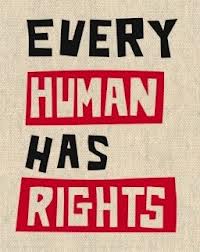 The newly elected government of Prime Minister Nawaz Sharif has decided to do away with the Ministry of Human Rights and merged it with the Ministry of Law and Justice. Through this act of federal government the human rights portion of the new ministry is to be relegated to a unit of small unit of the Ministry of Law and Justice. The justification given by the government is that it has re-organised the Federal Secretariat, but the civil society of Pakistan accuses Mr. Sharif that he has never been happy with the existence of Human Rights ministry, which was established by former Prime Minister Benazir Bhutto, and whenever he came in power he abolished the ministry.

This decision will have a serious adverse impact on the state of human rights in Pakistan, due to several reasons, starting with the difference of mandates between the Ministry of Law and Justice (MoLJ) and Ministry of Human Rights (MoHR).

The incumbent government of Sharif, since being sworn in, has placed human rights low on its priority list, as demonstrated by ending death penalty moratorium and finishing the human rights ministry and assigning its work to ministry of law and justice. This act of dissolution of the HR ministry nothing but an obvious reemphasis on the government’s lack of political will to deal with human rights issues.

The National Human Rights Commission legislated by the previous assembly has not yet been constituted and this delay is a further cause for concern.

The Civil Society Network expresses grave concern and dismay that the newly elected Government of Pakistan has merged the federal Ministry of Human Rights (MoHR) with the Ministry of Law & Justice (MoLJ). The important subject of Human Rights is now to be relegated to a unit in the MoLJ. This ill-advised decision will have a serious adverse impact on the MoHR and, consequently, on the state of human rights in Pakistan due to several reasons listed below:

The mandates of the two Ministries are in direct conflict with each other. The MoLJ’s mandate includes defending the existing laws, and representing the State in court cases pertaining to human rights violations by the State, while the MoHR is expected to redress the grievances of survivors/victims and to protect and safeguard their rights and interests. As a unit of the MoLJ it will not be able to perform these functions independently.

The Constitution of Pakistan (1973) lays down the Principles of Policy and Fundamental Human Rights, protected and promoted through several Articles. In addition, Pakistan, as a Member State of the United Nations, accepts the UN Charter and the Universal Declaration of Human Rights; and is also a State Party to several Human Rights Conventions. After the establishment of the MoHR, Pakistan secured membership of the United Nations Human Rights Council (UN/HRC). The merger will cause Pakistan’s image to suffer.

Consequent to the merger, both the National Assembly and Senate Standing Committees on Human Rights will stand dissolved. This would result in the issue of human rights no longer being closely watched and monitored by the Parliament, which would further undermine the importance of human rights and their violations in Pakistan.

After devolution the subject of Women’s Development was retained as a Federal unit in the MoHR. After the merger, women’s issues will lose priority and focus; as will the rights of non-Muslim citizens, children and youth.

The MoHR’s Human Rights Defenders Mechanism initiative; preparation of the UPR report and others (CRC/CEDAW) will be neglected.

The MOLJ simply cannot handle the representational functions of the MoHR at the UN, EU and other international fora, nor will it be able to respond to queries from foreign delegations visiting Pakistan, especially with reference to the current ongoing cases against the State institutions in the Supreme Court and the High Courts.

The important function of the MoHR to harmonize national laws, regulations and practices with Pakistan’s international human rights covenants and agreements will be halted or adversely affected.

In May 2013, the people of Pakistan voted for a change, for progress and development; not for a retrogression of the gains achieved. As Pakistani citizens, we want a strong Pakistani human rights agenda, based on the rule of law, independent judiciary, transparency and responsibility. We need the relevant institutional mechanisms, structures and resources to ensure this. This entails a fully restored and strengthened MoHR and a functioning National Commission on Human Rights, free of politicization, pressure and influence, in order to protect and promote our Constitutional rights.

The Network demands the immediate restoration of the MoHR as a separate, independent Federal Ministry, along with the appointment of a Federal Minister who is recognized and respected for her/his views, work and track record on human rights.