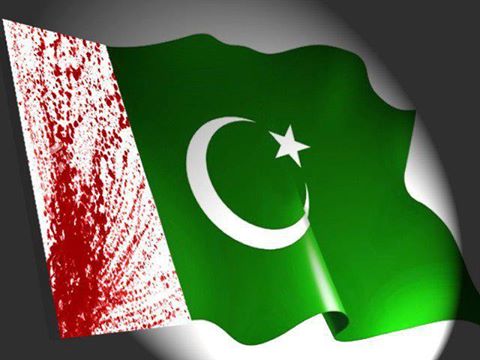 Six decades ago, we achieved freedom from Britain. But the habits of the slaves don’t die overnight. Over the years following independence we got busy with hunt for a new master. Among two available choices we picked one, the US. The new master needed our services as the the policeman of Middle East. By then Middle East wasn’t a Five Star land rather it was the land of poor camel and sheep hoarders. By the grace of our previous master, among the equals, we were much ahead in education and technology, consequently we would look down on the those Arab camel hoarders.

We liked our new job and gladly joined the Cold War agreements of SEATO and CENTO, orchestrated by the new master. We provided our land and bases for the pleasure of the US. However, we later discovered that our new master is wicked and it also played tango with our cousin and arch-enemy India. Fortunately, we had some Islamic soul-mounted religious parties too, who guided us that our salvation lies with whom where we police, only after Arabs were given control over their oil. Overnight equation switched and we started looking up to our ‘brethren’ Islamic emperors who grounded on the oasis of oil.

The ‘brothers’ looked up to our very own master for the strengthening of their rule, so we find more in common with them. We would go to Arab brothers in the hour of need and sometime they would help us too. However, then Arab brothers thought that we need to imbibe the real spirit of Islam. We at once found problems with our existing version of Islam and cheerfully asked them to teach us. And thus they started sending us the ‘teachers’. The ‘teachers’ not only brought money for us but also established medieval style universities where they taught the primitive knowledge basis and also taught our willing youth as how to slaughter a human being!

Soon with the help of our common master, the US, also by the grace of Petro Dollars and fresh graduates from medieval schools we defeated the infidels on the lush and fertile savannah of Afghanistan. Some of the ‘teachers’ opted to stay even after infidels ran away. They wanted to make us more ‘pure’ Muslims. We were more than happy and soon started to ridicule the ways of life as our ancestors told us. Our ancestor were simply so ‘un-Islamic’ !

The way it is hard to tell, when you fall in love with somebody, exactly we didn’t realise when we subconsciously accepted these ‘brothers’ and these blood thirsty ‘teachers’ as our new masters!

That is all tale folks. Slavery is a curse one way or the other but unfortunately it is the destiny of the most of the nations. Our British and US masters belonged to a thriving civilisation and their trickle down effect, though unintentionally, left us with some education, rule of law and established institutions but these masters from desert- What do expect to learn from Five Star camels?